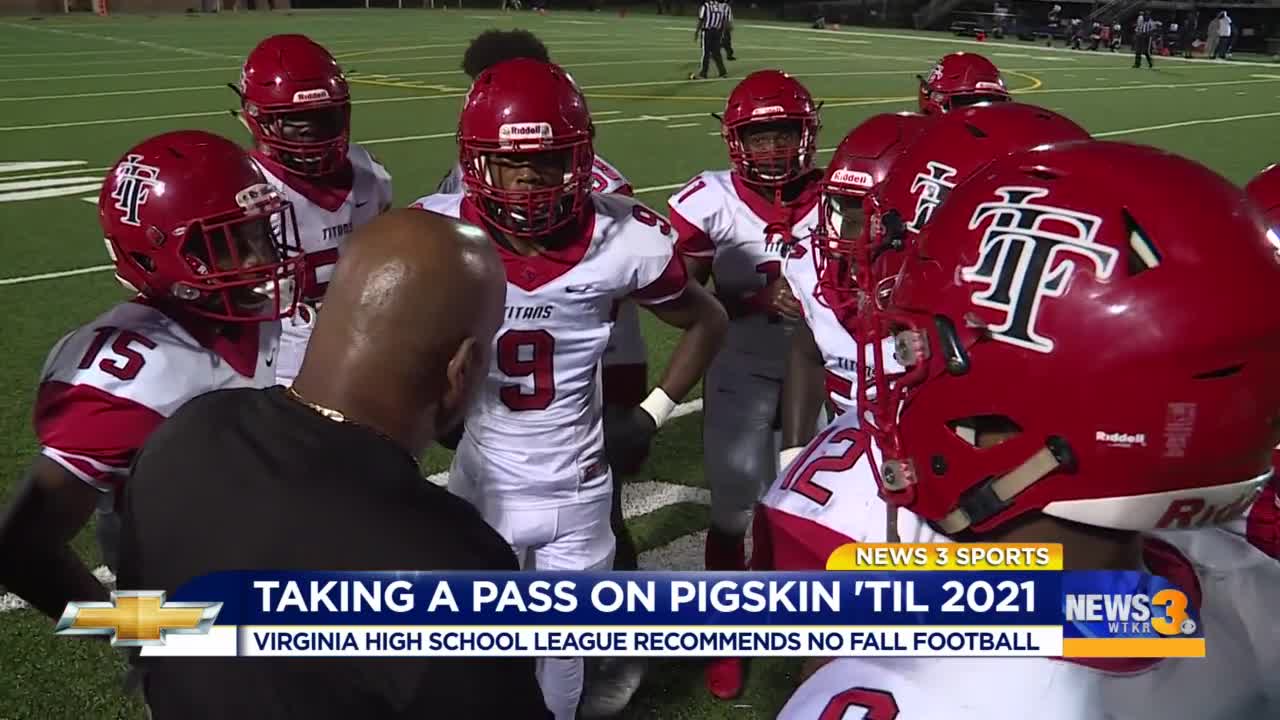 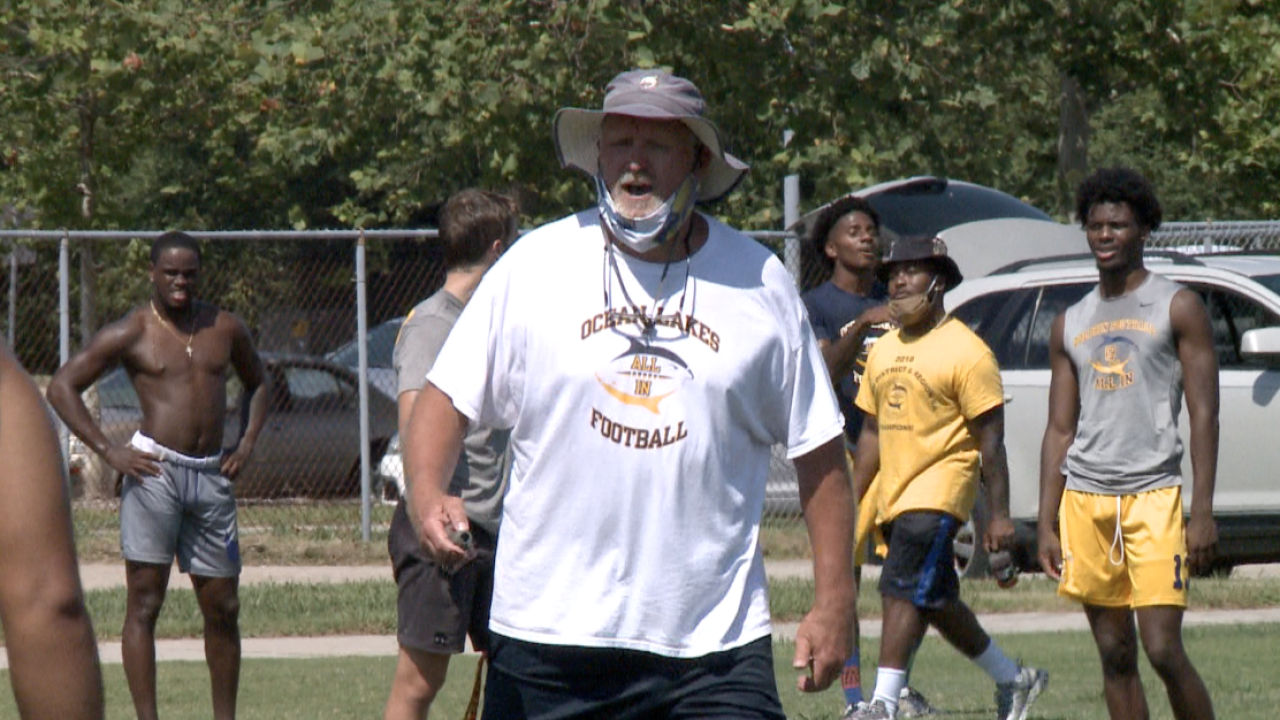 VIRGINIA BEACH, Va. - Wednesday afternoon, the Ocean Lakes High School football team concluded its workout with up-downs. Head coach Joe Jones implored his players to get back up, because they've certainly been knocked down.

By recommendation of the Virginia High School League (VHSL) executive council, high school football will not be played until the spring semester at the earliest.

Brown, who announced earlier this month he will play his college football for reigning national champion LSU next season, joined his teammates for a workout in an offseason that will continue for at least seven more months.

"We're just getting prepared, basically," Brown explained to News 3 Sports Director Adam Winkler. "Stepping up their game until we are able to play."

Like many top-tier recruits, Brown considered the option of graduating high school early and enrolling at LSU in January. But now, that would mean missing his senior season of high school football. Brown tells News 3 it's not much of a decision for him, as his mind is already made up. The choice? A little more beach before Baton Rouge.

As Brown prepares to join the reigning national champs, Hank Sawyer waits to coach the defending state champs from Lake Taylor High School. Even with three state titles on his resume, Sawyer knows there's no playbook for a pandemic.

"It effects everybody differently," Sawyer pointed out. "You have to think about your own situation with your parents and your grandparents."

So, the waiting game continues across Virginia. Until they can play games on their fields, teams like Ocean Lakes will continue to train - dealing with the ups and downs of COVID-19.