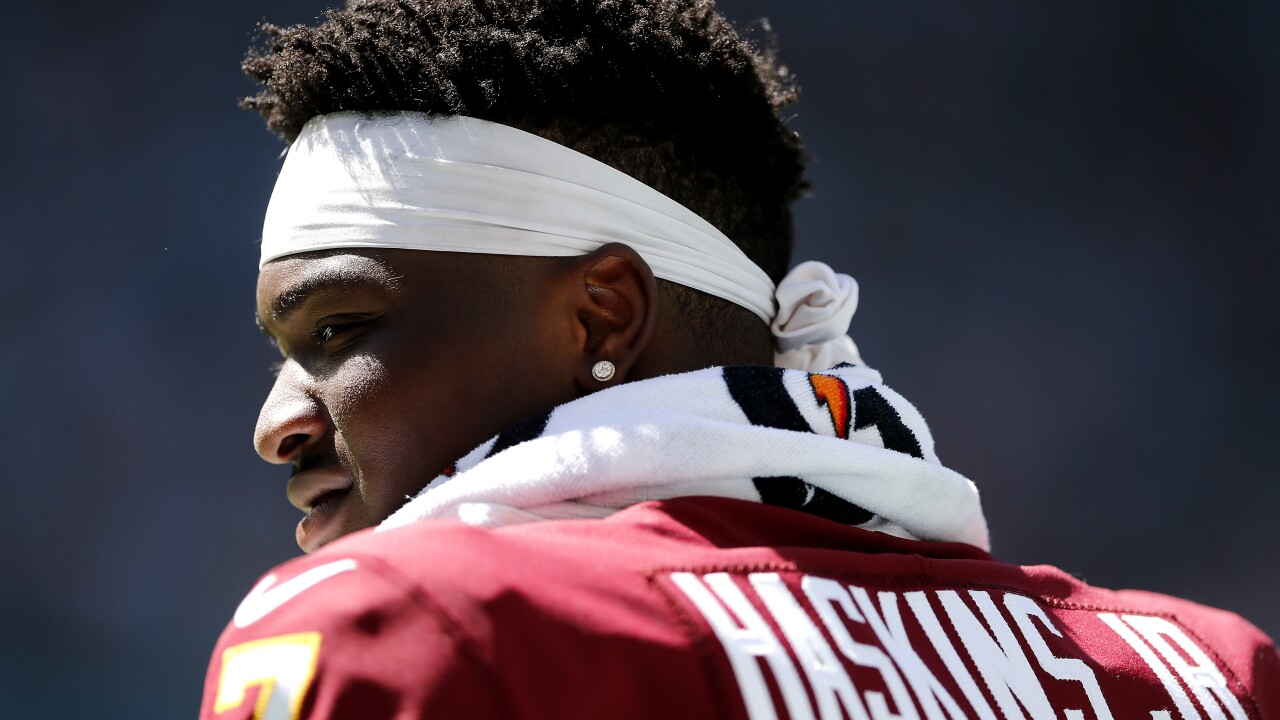 CBSSports.com's Jason La Canfora reports that Haskins is not a fit in Washington's system and that the young quarterback's personality has rubbed the new coaching staff the wrong way. He also says that rival executives have started looking at film of Haskins to prepare for a potential trade in the coming weeks.

Haskins is inactive for today's Rams-Washington game, and will not be in attendance after being told by the team to stay home because of illness.

On Wednesday, Haskins was demoted to third-string quarterback when head coach Ron Rivera announced that Kyle Allen would be the teams starter, with Alex Smith taking over the backup role.

Haskins started the first four games of the season, leading Washington to a 1-3 record.