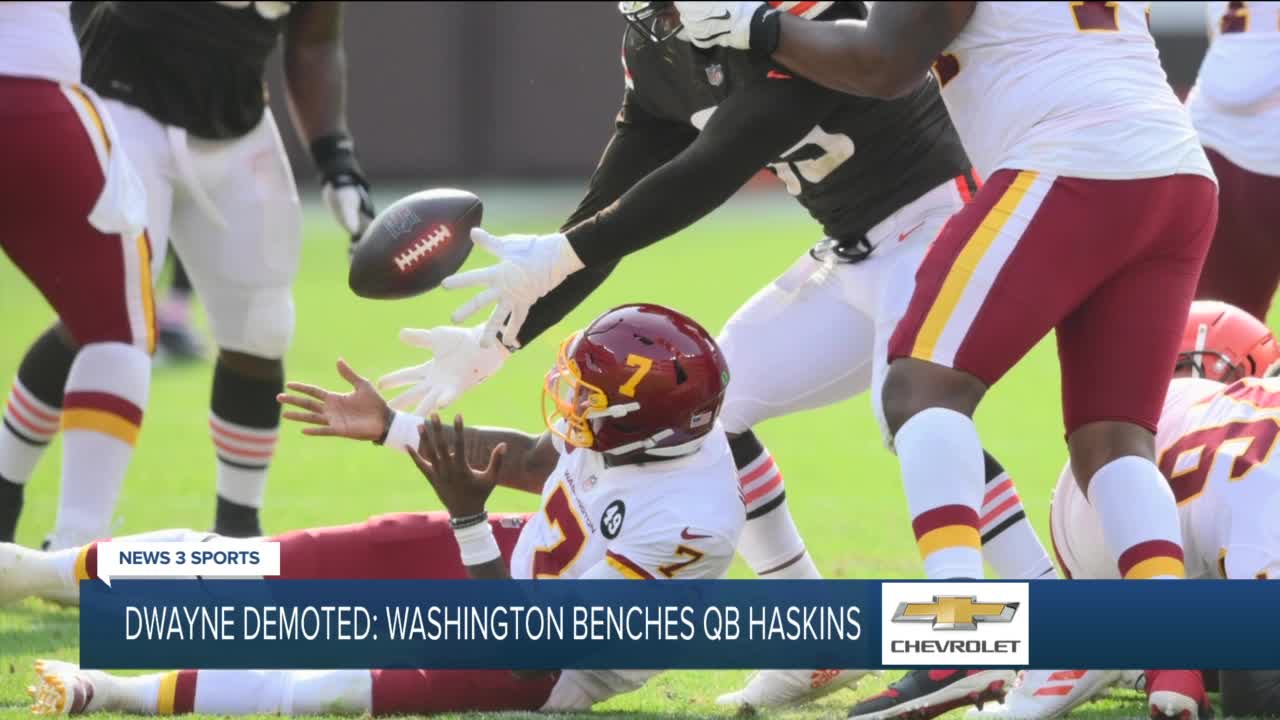 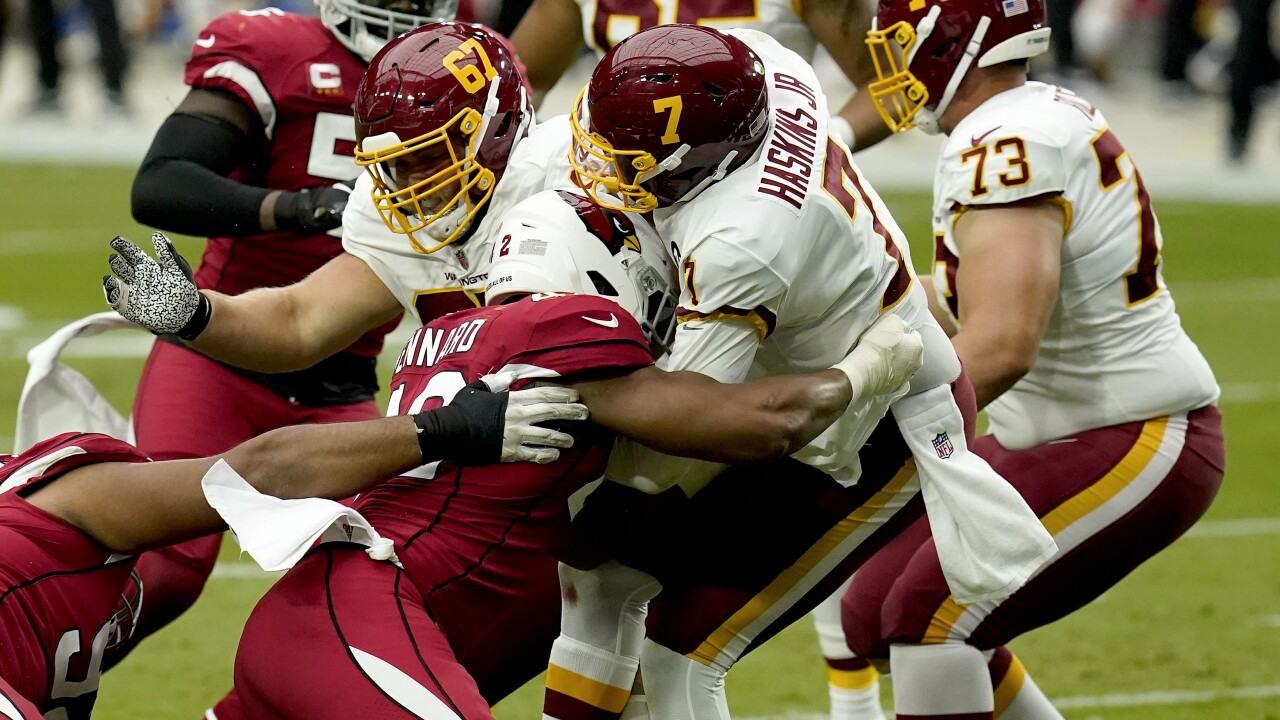 "Hopefully he understands that he has not had the opportunity," Rivera said Wednesday - shortly after announcing Kyle Allen will take over as his team's starting quarterback. "It’s not fair either. I get it. It’s not fair."

Playing for his third head coach since being selected with the team's top pick in the 2019 NFL Draft, Haskins could not with with Rivera and his new staff during the offseason or preseason - because there were none due to COVID-19. Yet the 23 year-old was still named Washington's number one quarterback - only to lose three of his first four starts in 2020.

On September 27th, following his second of three consecutive losses, Rivera said he would not dump Dwayne.

“The biggest thing is that I just got done talking to Dwayne," Rivera said following Washington's loss to Cleveland - a game in which Haskins threw three interceptions and lost a fumble. "I told him, ‘Look, I told you. I am behind you, and I am going to stick with you so you go out there and play football."

So what changed in 10 days? Other than, of course, another lackluster Haskins performance in another loss?

Despite a 1-and-3 record, Washington is just a half-game out of first place in the NFC East and faces three division opponents in its next four games.

"We’re in a situation with what has happened in our division—it’s open," Rivera pointed out Wednesday. "I want to take an opportunity to see what we can do. With the division where it is right now, I’d be stupid to not give it a shot and see what happens in the next four games. But I wanted to put it in the hands of someone that knows the situation a little better, backed up by a guy that’s been there.”

Haskins has not only lost his starting job, he's been demoted to third-string. This means Alex Smith, who has not been in uniform on a game day in nearly 700 days - not since suffering that gruesome leg injury, will serve as Kyle Allen's backup.

"I think the best chance to have things done in our offense is in somebody else’s hands," Rivera admitted. "That’s what I’m doing. I’m doing that based on what I’ve seen. I just think right now this is the decision I’m making. I could be wrong, or I could be right. We’ll see. That’s why we play the games."