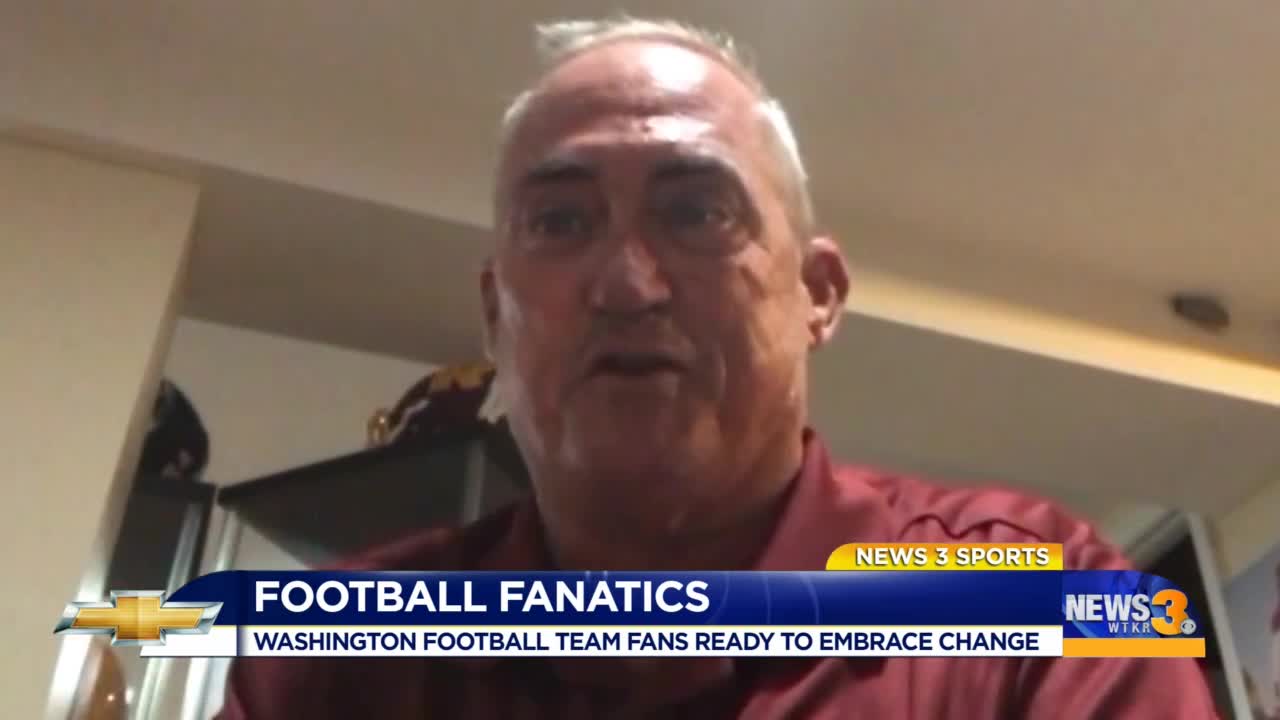 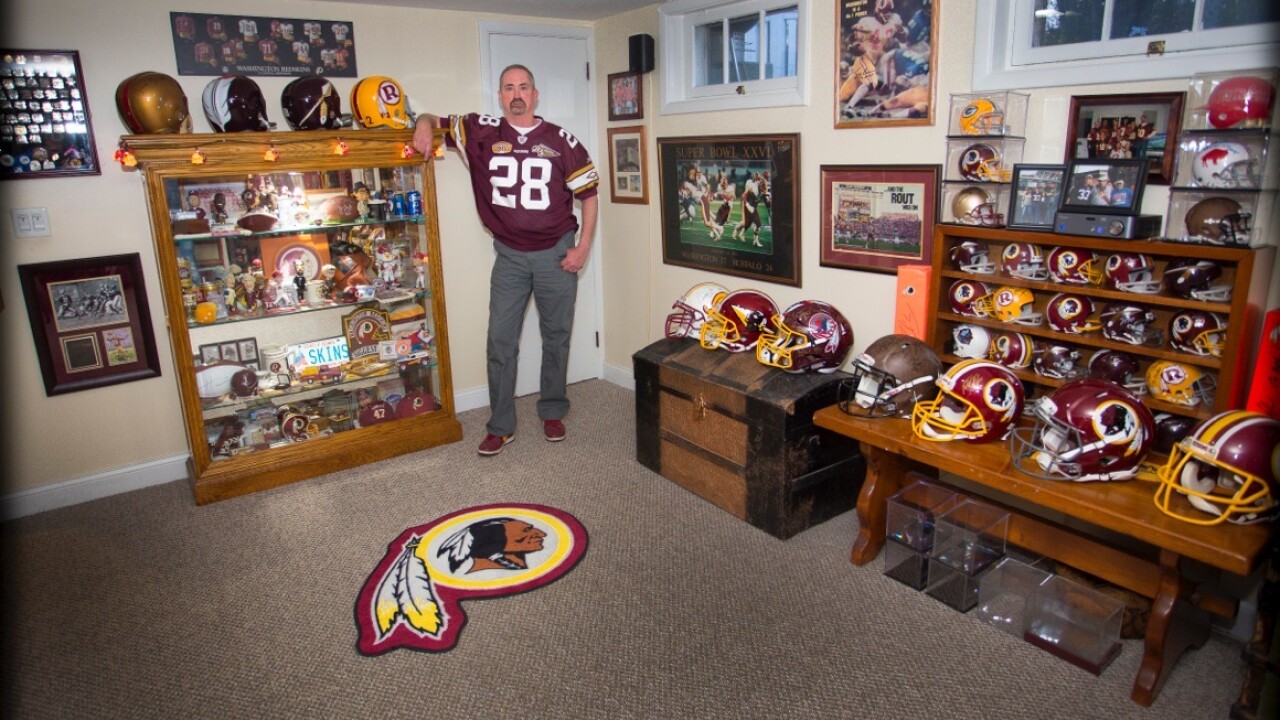 NORFOLK, Va. - After moving into a new house, Washington Football Team fan Chris Bryant spent ample time setting up his fan cave, adorning it with what was the teams logos at the time.

All that's left was to finish the paint.

"Just finished pulling the tape of the stripes and two days later the name changed," Bryant said. "But, I'm gonna follow the team wherever they go, so whatever they do I'm gonna adapt."

Bryant is like many diehard Washington fans who are ready to embrace this season of change.

Colquhoun has an impressive fan cave of his own. The Connecticut resident has been a season ticket holder for 11 years, making the six hour drive to FedEx Field for every home game.

"Went to my first game December 15, 1968," Colquhoun said. "Santa Clause parachuted onto the field with the game ball drove around the stadium in a sleigh. I was in."

The two fanatics won't be able to cheer on Washington in-person this season like they usually do because, as of right now, fans will not be allowed to attend games.

Although, their tricked out fan caves certainly give them a good game day spot to fall back on and they'll be surrounded by memories of Washington moments past.

"The experiences," Colquhoun said while talking about what makes the memorabilia special. "It’s not about the things. Everything here has a story to it."

"They’re good tokens and good things to remind me of a lot of fun times I've had with what we know now as the Washington Football Team," Bryant said.

Washington kicks off its season in just three weekends when they host the Philadelphia Eagles on September 13.