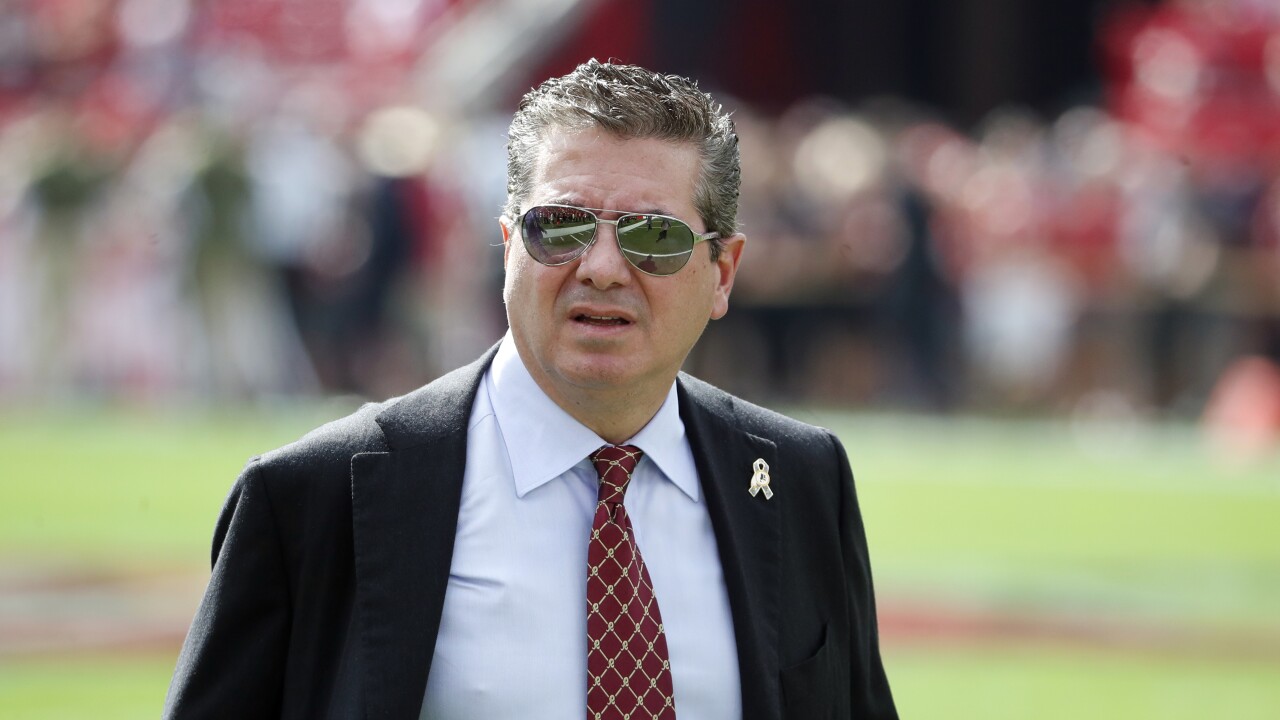 WASHINGTON (AP) — The Washington Post on Wednesday reported additional examples of workplace sexual harassment inside the Washington Football Team organization, along with allegations that owner Dan Snyder was personally involved.

The Post reported a former cheerleader saying Snyder invited her to a hotel room with one of his friends, and that longtime team executive Larry Michael made extra cheerleading videos for the owner showing sensitive material that wasn’t made public. Snyder released a statement denying those specific allegations and saying he was unaware of the incidents until now.

“I want to unequivocally state that this never happened,” Snyder said of the report he invited a cheerleader to a hotel room in 2004. “Furthermore, I do not have any knowledge of the 10-year-old videos referenced in the story. I did not request their creation, and I never saw them.”

After the Post’s first story on the subject ran last month, Snyder vowed a cultural change and opened the organization up to an independent investigation. Commissioner Roger Goodell said the NFL will continue to monitor the investigation by Beth Wilkinson’s Washington, D.C.-based law firm and review the findings before taking action.

“We strongly condemn the unprofessional, disturbing and abhorrent behavior and workplace environment alleged in the report, which is entirely inconsistent with our standards and has no place in the NFL,” Goodell said.

The team released a separate statement:

"Today the Washington Post published an article detailing additional allegations of sexual harassment and other misconduct at the Washington Football team. We are deeply distressed by these terrible allegations and are committed to investigating them fully. Our priority is creating a culture where our employees – on and off the field – are respected and empowered.

Our first concern is for the safety and security of our teammates, and we have encouraged any employees who have endured similar experiences, now or in the past, to report it immediately. We are already taking a series of additional steps to hold ourselves accountable to our commitments. We remain focused on building an organization where all employees feel valued and are invested in shaping the new direction of our franchise."

The latest Post story cites 25 more women who said they experienced sexual harassment while working for the team. They described a workplace in which male bosses, colleagues and players commented on their bodies and clothing, used sexual innuendos and made unwanted advances.

Snyder said that behavior “has no place in our franchise or in our society.” He repeated his intention to improve the organization’s culture and said he’ll be more hands-on as an owner moving forward.

“I take full responsibility for the culture of our organization,” Snyder said. “I have begun taking any and all steps necessary to ensure that the Washington Football Team is an organization that is diverse, inclusive and respectful of all.”