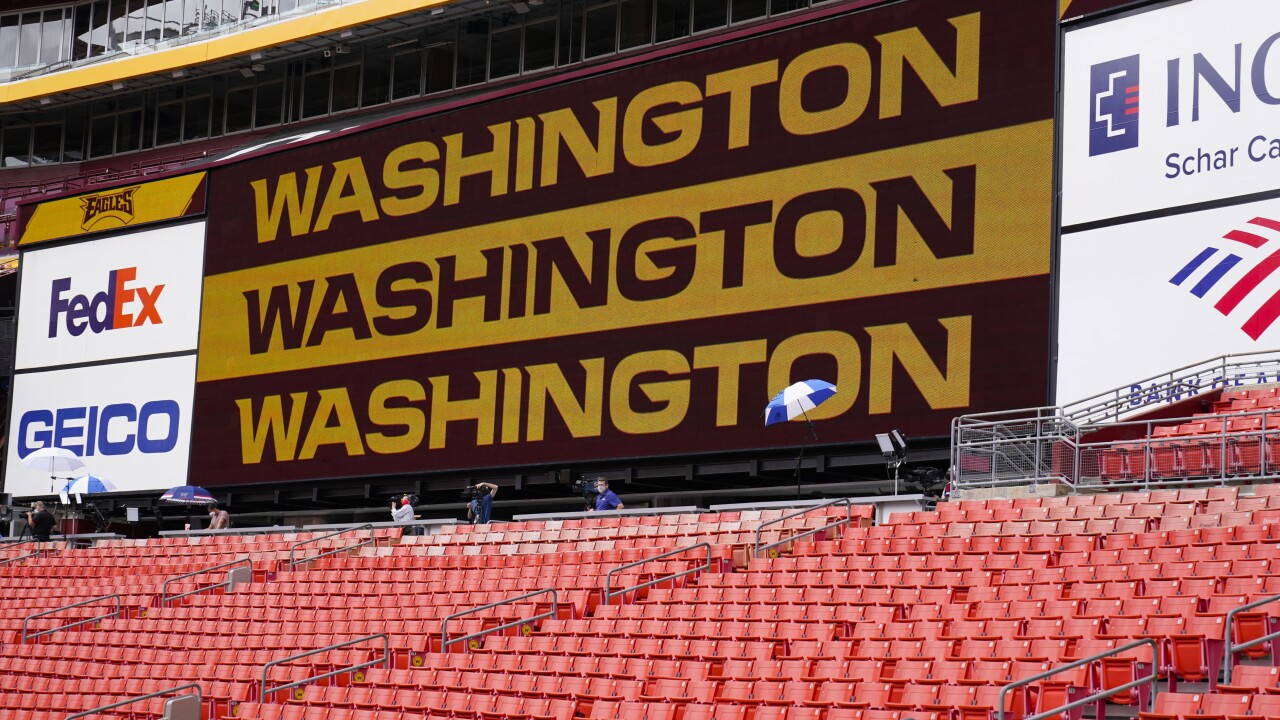 LOUDOUN COUNTY, Va. - The Washington Football Team has entered the NFL's intensive protocols after a player tested positive for COVID-19.

In a statement released by the team, Washington says it was made aware Monday night that a player tested positive for COVID-19. The player immediately self-isolated and his close contacts have been told to quarantine.

Monday afternoon, Washington placed defensive lineman Matt Ioannidis on the Reserve/COVID-19 list. He's the only player placed on the list.

Ioannidis is on Injured Reserve and has not played in a game since September 27th. He did not accompany the team on last weekend's roadtrip to Detroit.

Washington, slated to host Cincinnati Sunday at FedEx Field, was not scheduled to practice Tuesday. It will conduct its meetings virtually this week, per the team - and the facility will only be open to staff. Limited access will be granted to players as the team works closely with the NFL’s Chief Medical Officer and follow the league’s guidance.

The league's intensive protocol is implemented at the direction of the league's Chief Medical Officer should conditions at a club exist that cause significant concern over potential spread of COVID-19 within the team environment. These measures are intended to mitigate the risk of further transmission among the team and to offer as much protection as possible to players and staff.

This is the first positive COVID-19 test for the Washington Football Team this regular season.