Washington Football Team returns home for Battle of the Beltway 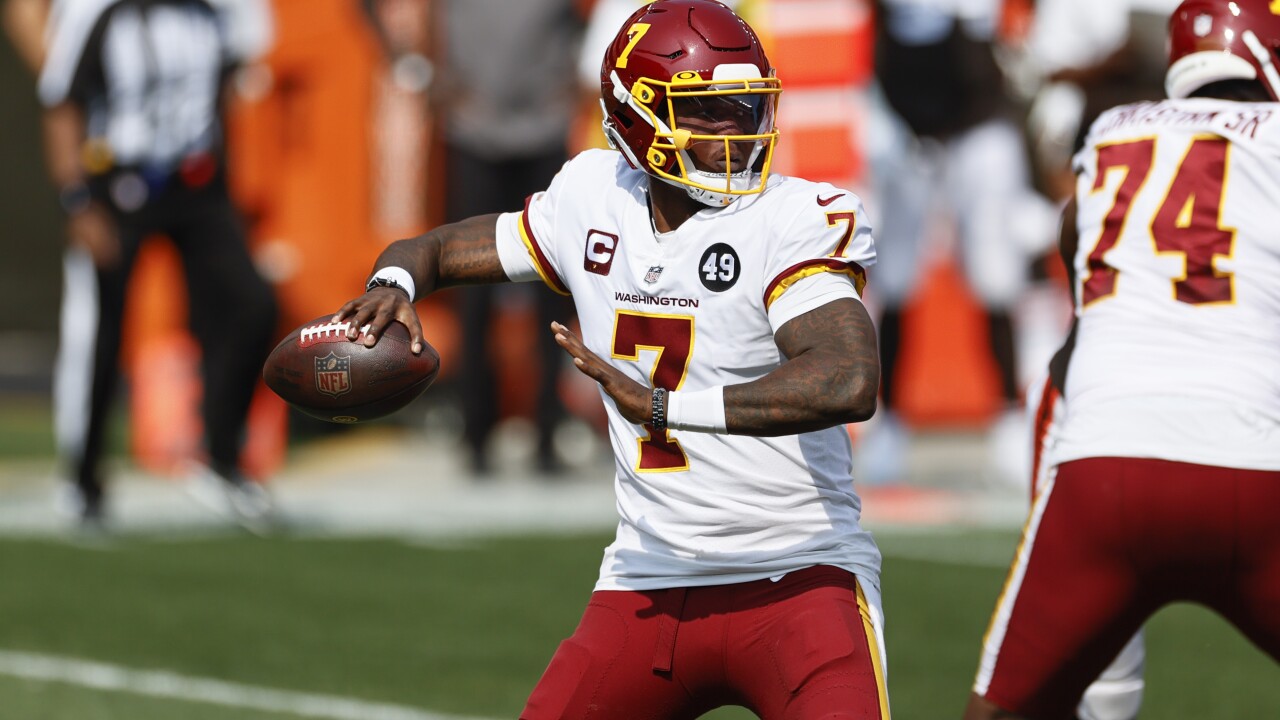 LANDOVER, Md. - The Washington Football Team looks to end its two-game losing streak when it returns home for the Battle of the Beltway.

Washington hosts the Baltimore Ravens at 1 p.m. inside FedEx Field on Sunday. This marks the first meeting between the two since 2016, when Washington beat the Ravens 16-10 in Baltimore.

This week, Washington head coach Ron Rivera expressed that quarterback Dwayne Haskins is still the teams starter despite a poor start to the season, but added that there is eventually a “cutoff point” in the long-term evaluation of a young quarterback such as Haskins.

"If all you have is the five-yard gain and it’s third-and-8 and you take the five-yard gain because that’s all you’ve got, that’s growth to me," Rivera said while giving an example of what he would consider to be progress by Haskins. "Not forcing the ball—that’s what I’m looking for. Control of the huddle, control of the situation, understanding the circumstances—all those things when you watch the tape, those play into my mind as I’m watching."

Washington (1-2) currently sits atop the NFC East, tied with the Dallas Cowboys (1-2) for first place.

News 3 is Hampton Roads' home of the Washington Football Team and will have coverage both on-air and online Sunday.