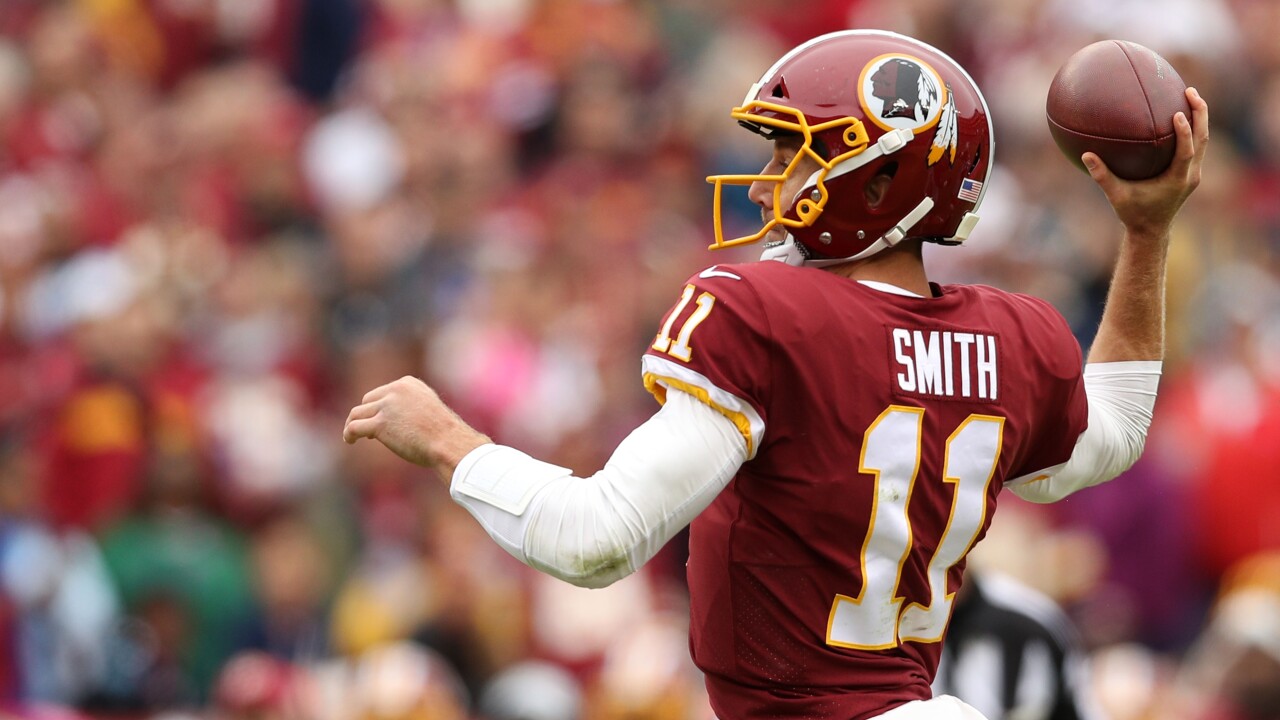 LOUDOUN COUNTY, Va. - Washington Football Team quarterback Alex Smith has been activated off the physically unable to perform list and cleared to begin practicing with the team on Sunday.

The move comes just 21 months after Smith suffered a gruesome, season-ending leg injury against the Houston Texans November 18th, which could have cost him his life.

Smith's wife provided a clue of his return on Instagram Saturday night before the team made the announcement. Smith's family is shown popping champagne, making a toast and celebrating with a cake.

Smith's physical prior to training camp showed that his leg had recovered, but he was originally placed on the PUP list to allow the medical staff to monitor his progress.

He rejoins the team in time for the start of training camp's full-pad work, which begins Tuesday, and just under a month until Washington's season opener against the Philadelphia Eagles.

The next step in the comeback...

Alex Smith has been activated off the PUP list. pic.twitter.com/keDJK51PV7