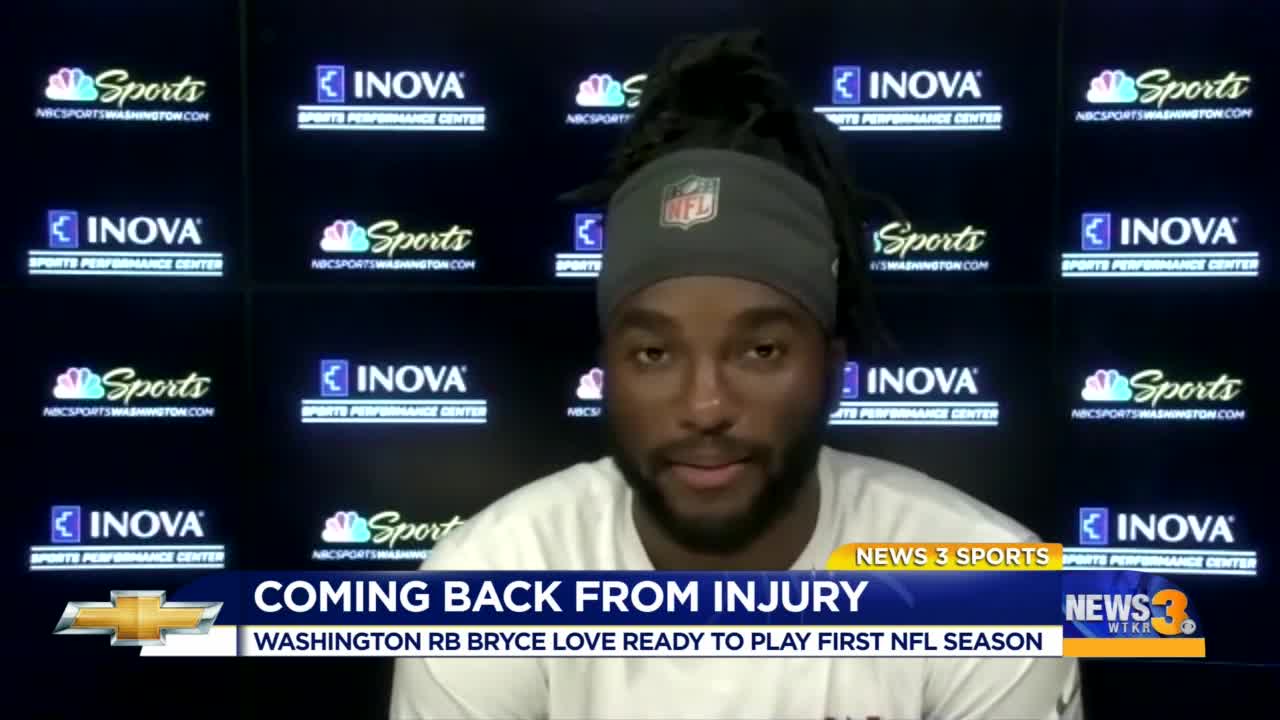 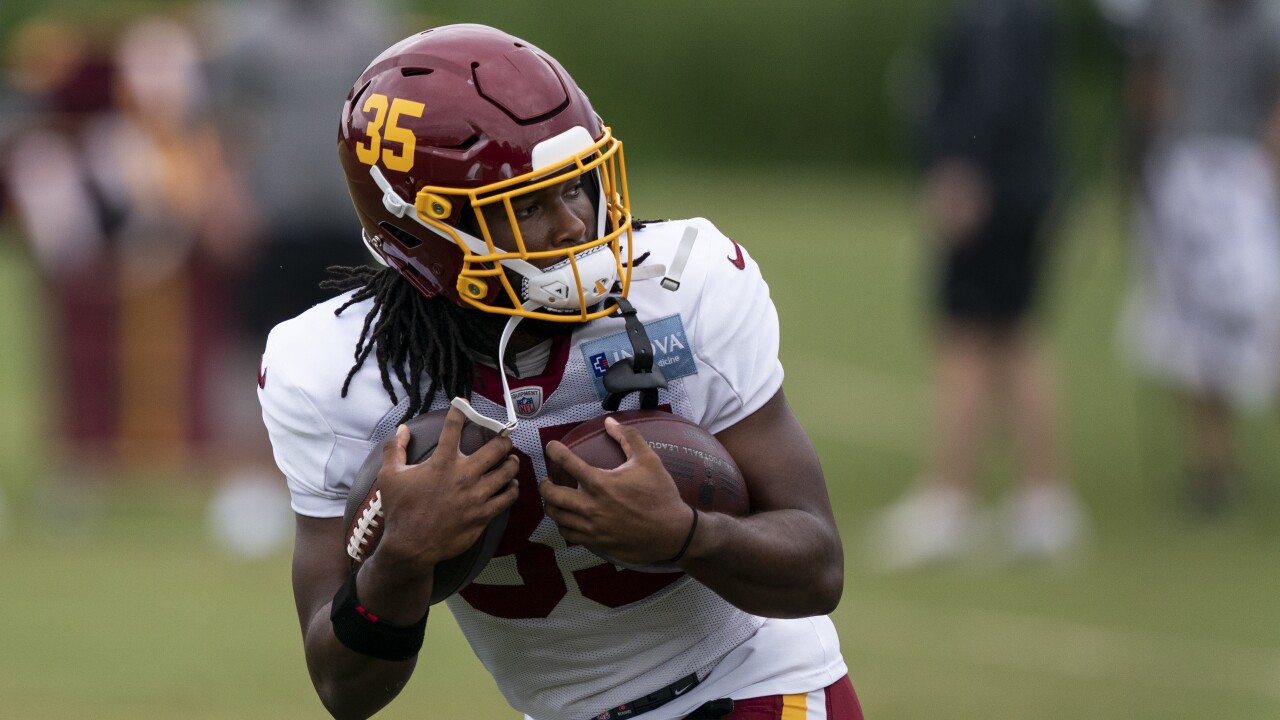 LOUDOUN COUNTY, Va. - “Where I was last year around this time, it really does put things into perspective.”

Washington Football Team running back Bryce Love's perspective has remained mostly positive throughout his rehab of a leg injury that cut his senior season at Stanford short in 2018.

While rehabbing last season in what should have been his rookie year, the occasional negative though would enter his mind, so he applied his ten-minute rule. Ten minutes to think about it, then he'd let it go and get back to work. It's an approach he's taken since his high school days.

“I had the juniors and seniors above me who were playing more, and I really wasn't playing that much," Love said. "I would get frustrated and my dad and people around me would say focus on the things you can control.

"When I went to Stanford, that's something coach [Shannon] Turley really preached while we were up there."

Love's Stanford offense was run similar to the offense run by Washington's new coaching staff and one of Love's former Cardinal teammates has already shown that the transition can yield major success. Panthers star Christian McCaffrey became the league's highest-paid running back after playing for a Ron Rivera-led Carolina team and there are plenty of parrallels bewteen the two players.

Each played college ball at Stanford, they both finished as a finalist for the Heisman Trophy and, now, both will have experience playing for Rivera and Washington's offensive coordinator Scott Turner.

"A lot of the things that we do fit what he’s grown up in as a college player," Washington head coach Ron Rivera said about Love. "We think we can take some of those elements and incorporate them with him when he's in the ballgame."

Love says he reached out to McCaffrey during the offseason to get a feel for the type of offense Turner would be running.

“My big thing was realizing there’s only gonna be one Christian. I'm focused on trying to be the best version of myself," Love said. "Go out there and compete at the highest level. I'm excited to again follow up his act and hopefully perform at a high level.”