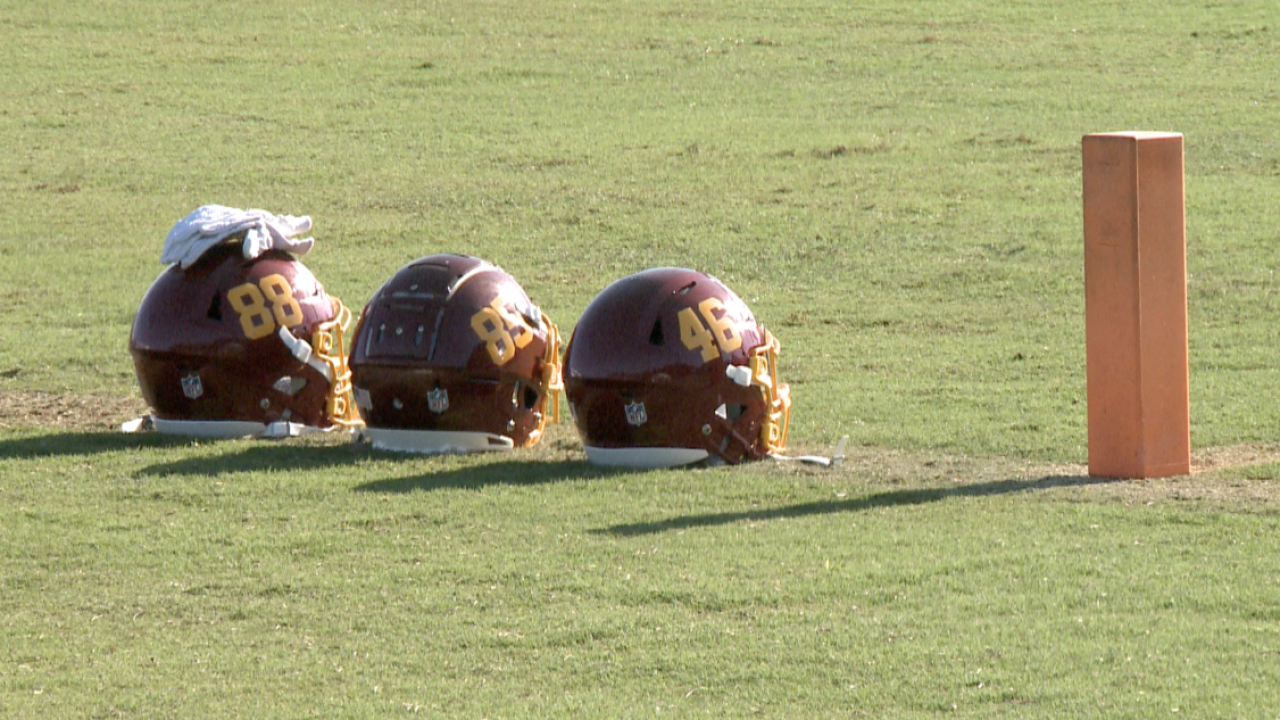 LOUDOUN COUNTY, Va. - After three straight days in full pads, the Washington Football Team will work out in shells (helmets, shoulder pads and shorts) Tuesday. But just because there's no live hitting, do not expect that to mean the practice won't be energetic.

“That’s the biggest thing we have to do - we’ve got to get them to understand that you have to practice with this kind of tempo," head coach Ron Rivera said after Monday's practice. "The hitting will come naturally, and that’s kind of what happened. But for the most part, it’s the kind of physicality we’re hoping to get. It’s going to be hard to simulate the real physicality of the game until you start playing.”

News 3, Hampton Roads' home of the Washington Football Team, is one of a select few media outlets in the entire region to be granted access to Washington training camp. Following Tuesday's practice, No. 2 overall draft pick Chase Young will address the media. News 3 Sports Director Adam Winkler will have a report from the team's facility.

The team will enjoy an off day Wednesday before holding practice (in shells, again) inside FedEx Field Thursday - the squad's first trip to its home stadium under head coach Ron Rivera.