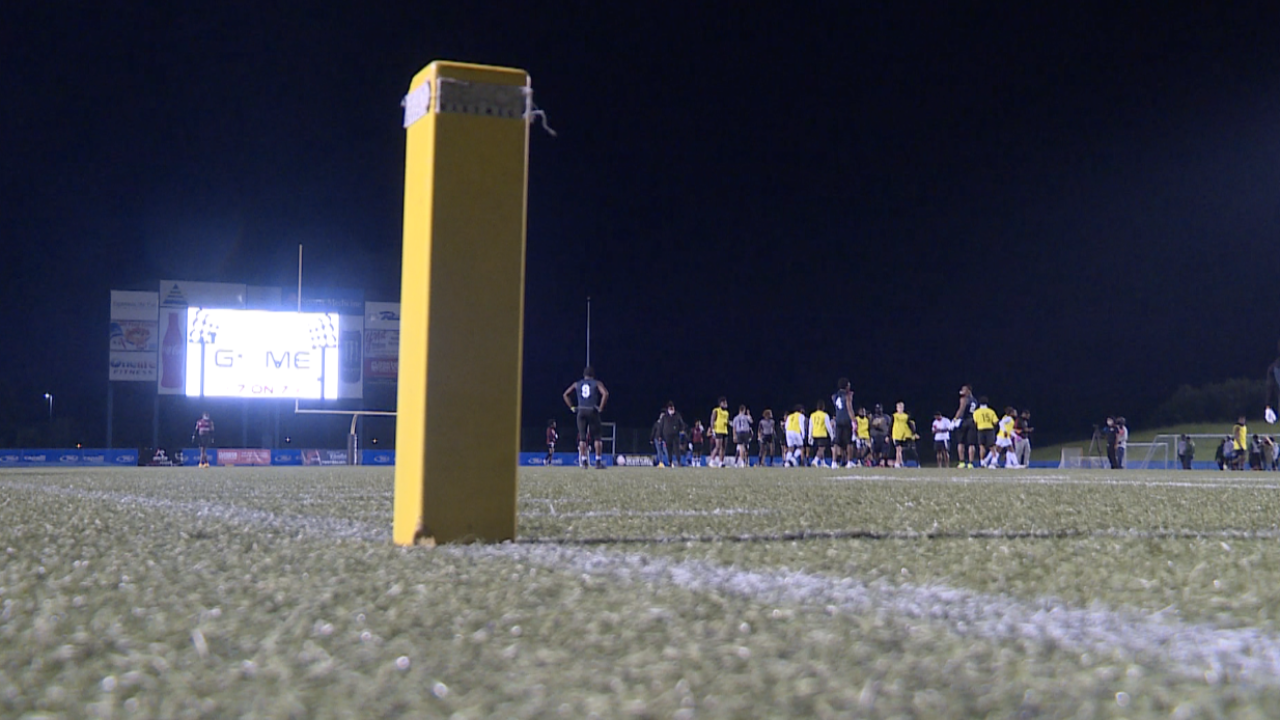 The league, which is giving high school football players the chance to compete while their high school season is postponed until the spring semester, hosts its games every Friday night at the Virginia Beach Sportsplex.

After the inaugural games, G.A.M.E. Academy entered Week 2 with the goal of building upon the following week's video production.

"We basically just wanted to come out here and do a better job of making sure that the live stream is functioning for the people that don't come to the games," G.A.M.E. Academy co-founder Zohn Burden said. "We want to get extra film crews, extra photographers just to make sure we're increasing the exposure like they promised."

"The kids are having fun, they're enjoying it, we're highlighting games of the week, we have players of the week. Just trying to create as much exposure as we can for these kids."