William & Mary to discontinue seven of its 23 varsity sports programs 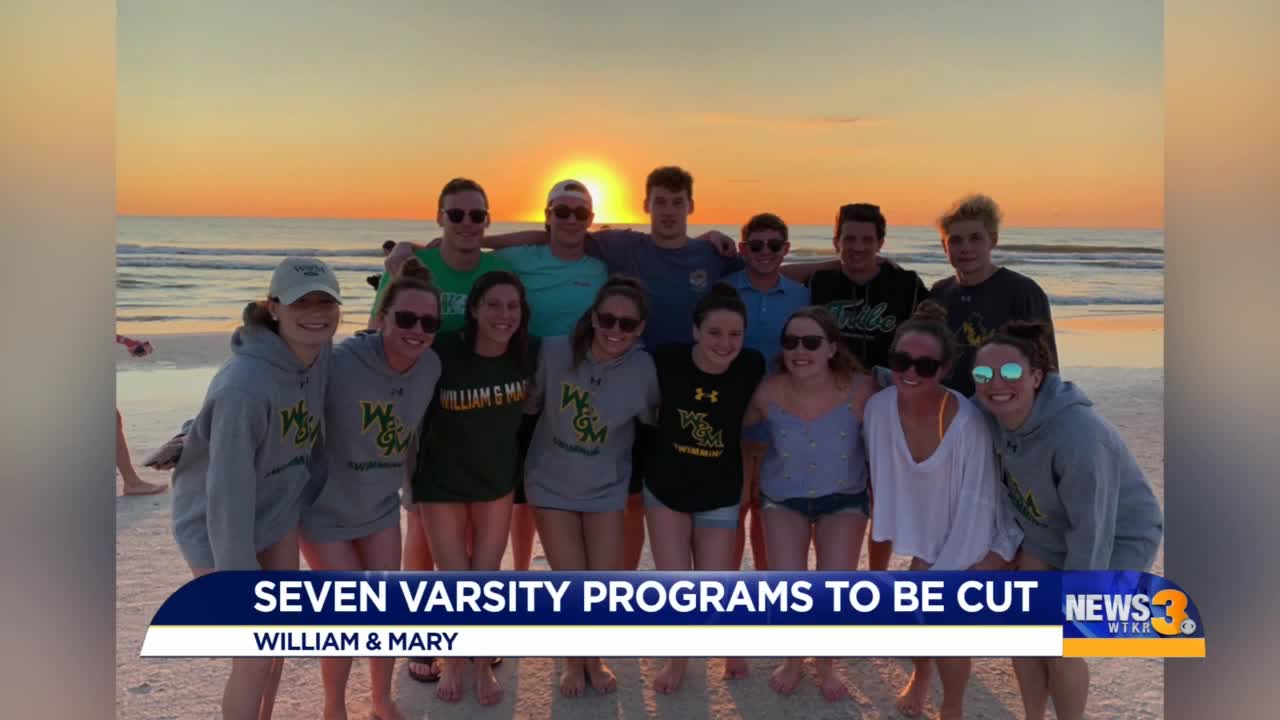 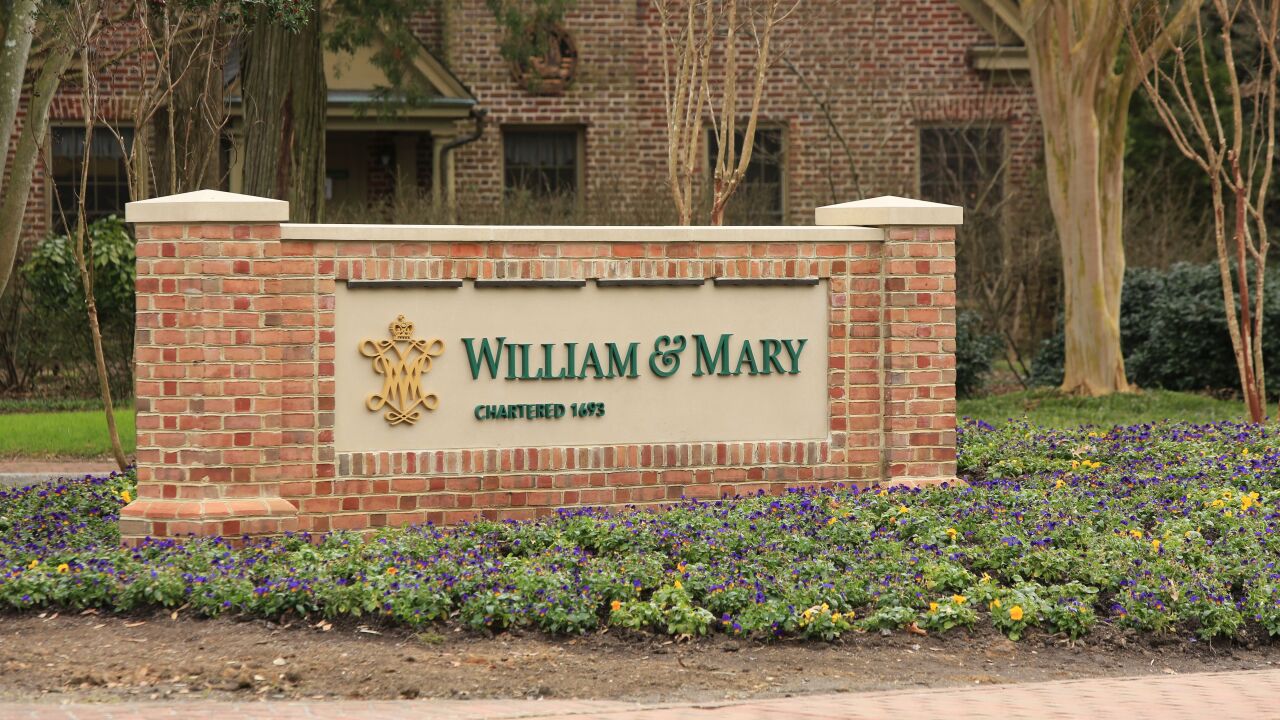 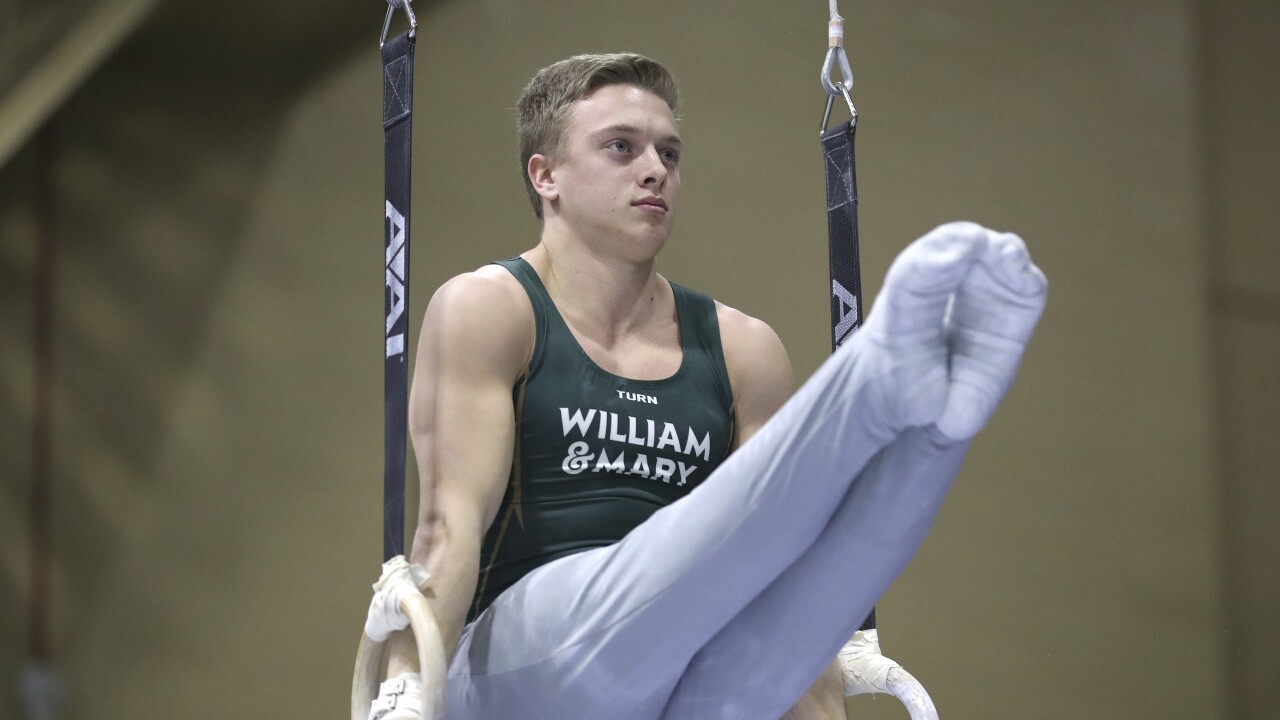 WILLIAMSBURG, Va. - Citing the desire to achieve fiscal stability while maintaining competitiveness, the College of William & Mary will discontinue seven of its 23 varsity sports.

For the student athletes, the news came as a blow.

“I was just in shock honestly,” said Annie Tuttle, a sophomore on the varsity swim team. “I’m still processing it.”

Junior Jack Galbraith is on the men’s varsity swim team.

“I was extremely disappointed because of how much I have given to the school,” Galbraith said.

In an open letter, Director of Athletics Samantha K. Huge said, "This is a wrenching decision. It will impact 118 student-athletes and 13 coaches. Altered, too, will be the lives of thousands of family members, former varsity letter award winners, alumni, fans, donors and supporters of these seven sport programs."

Sophomore Diego Cruzado, who is also on the varsity swim team, said they found out about the cuts over video conference call from the athletic director that took less than 10 minutes.

“She showed up two minutes late,” he said. “It took her seven minutes to tell us we were cut and ended the meeting without even saying goodbye.”

Huge said she and the board made the decision last week after the university’s financial issues continued to grow. The budget gap is projected to hit close to $10 million over the next three years.

Huge added the pandemic brought the school to a point of reckoning.

“With the confluence of COVID-19 and a significant loss of revenue, it was out of the control of any of us,” she said.

Over the past two decades, W&M says there have been several athletics program reviews conducted by groups both within – and external – to athletics. Each of these reviews, according to W&M, reached the same conclusion: William & Mary's model of sponsoring 23 varsity sports is unsustainable without a significant increase in funding through private philanthropy and revenue generation. William & Mary adds it has searched for alternatives to discontinuing varsity sports, without success.

According to Huge, the financial deficit has been growing for several years, and cutting the selected sports along with other cost cutting measures, including salary reductions, will help to close the gap.

The full savings from the elimination of these seven sports will eventually be $3.66 million annually, which is 12% of William & Mary Athletics' annual budget.

Athletes question the timing of the news as their winter sport of swimming remains up in the air.

“We’re just gutted because we give our all into academics and swimming,” Cruzado said. “We’ve all been swimming as young as four years old. It’s our life so it really hurts.”

Jack Galbraith said they were blindsided.

“For several months we’ve been told unequivocally no sports were ever going to be cut,” he said.

At this time there is no plan to bring the seven sports programs back.

Galbraith and the other athletes are hopeful alumni can come through with donations to get them competing again.

“I came here because I love swimming,” he said.