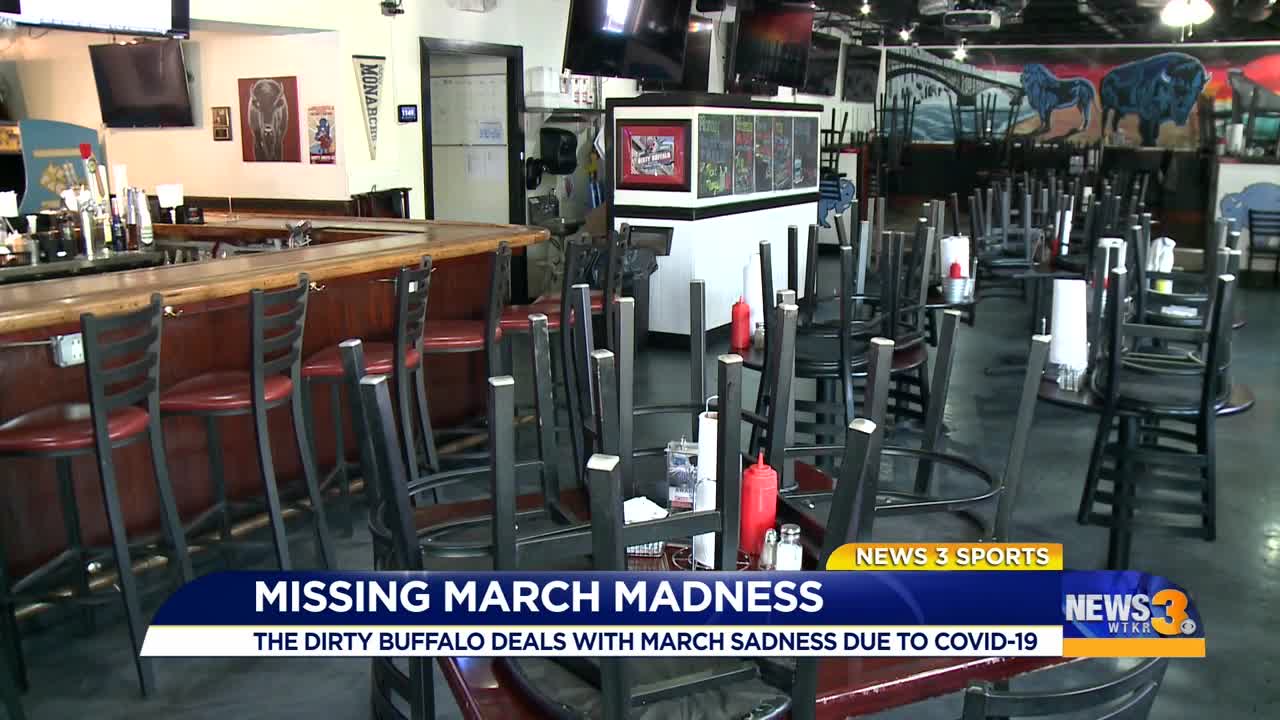 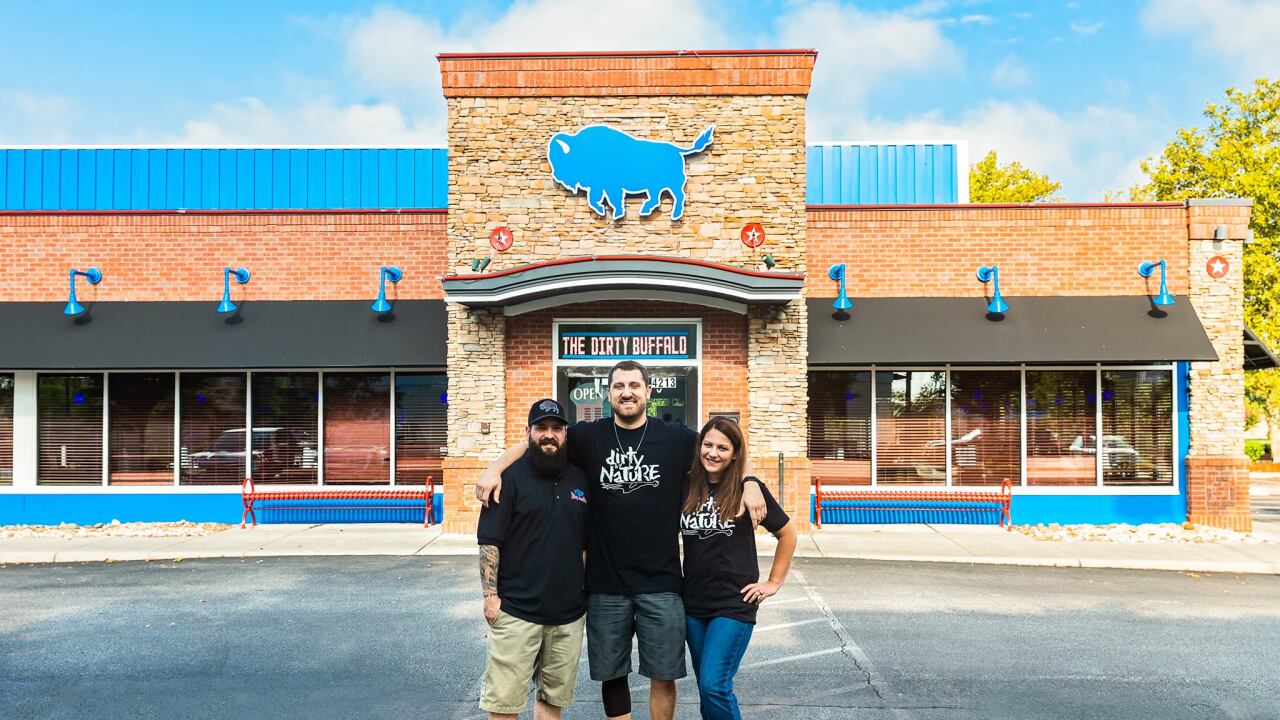 NORFOLK, Va. - It's a day suited for a celebration. But this year, the party just won't fit.

Thursday is one of the most-anticipated sports days of the year, as it annually marks the day on which teams begin play en masse during the 68-team NCAA men's basketball tournament. Since the tournament expanded to 64 teams in 1985, the first Thursday has seen 16 games played - featuring 32 teams. Contests begin just after Noon on the east coast and usually don't end until past midnight.

However, this year - there are no games. There is no tournament. The COVID-19 pandemic forced the cancellation of the NCAA basketball tournament for the first time in its 81 year history.

Russ Gilbert, a lifelong sports fan, always looks forward to this day and this month - and not only due to his love of college hoops. Gilbert is a founder of The Dirty Buffalo, an award-winning Norfolk staple since 2012. The Dirty Buffalo is a family-friendly restaurant and sports bar featuring Gilbert's own interpretation of his favorite dishes from home: Western New York.

"It's so sad in here," Gilbert told News 3 from his empty restaurant Thursday. "It's just so sad."

March, due largely in part to the NCAA tournament and its attraction to the restaurant's patrons, is The Dirty Buffalo's busiest and most-profitable month. That is unlikely to be the case in 2020.

"Everyone fills out the bracket," Gilbert explained. "Everyone pays attention to it - especially like when UVA won the title last year - that was great for us, especially in our market. March has always our biggest month."

But as state and local governments aim to slow the spread of the coronavirus, establishments like The Dirty Buffalo are forced to follow a different game plan for this year's March Madness.

Instead of having every table filled and having customers lining the bar from end-to-end at all three Dirty Buffalo locations (two in Norfolk, one in Virginia Beach), the restaurants are carry-out only. Additionally, the restaurant will be closing earlier each night (9 p.m.) to allow staff to perform an even deeper clean. Another change, albeit temporary: a limited menu focusing on The Dirty Buffalo's most popular items.

Without college basketball games airing on the televisions inside the restaurant - and without in-house dining, The Dirty Buffalo will offer curbside pickup as well as delivery through Door Dash (all locations) and Postmates (both Norfolk locations). The restaurant also expects to implement its own delivery option soon.

Glibert and his team say their objective is to serve their community and support Dirty Buffalo employees in the safest and most effective way possible during this crisis.

"Provide for as many people as we can, staff-wise, for as long as we can," he said. "We just have to hope this ends quick."

Thursday March 19th is not only when NCAA men's tournament games should have begun in bulk, it's also The Dirty Buffalo's eighth anniversary. But this year, it's relegated to a private party.