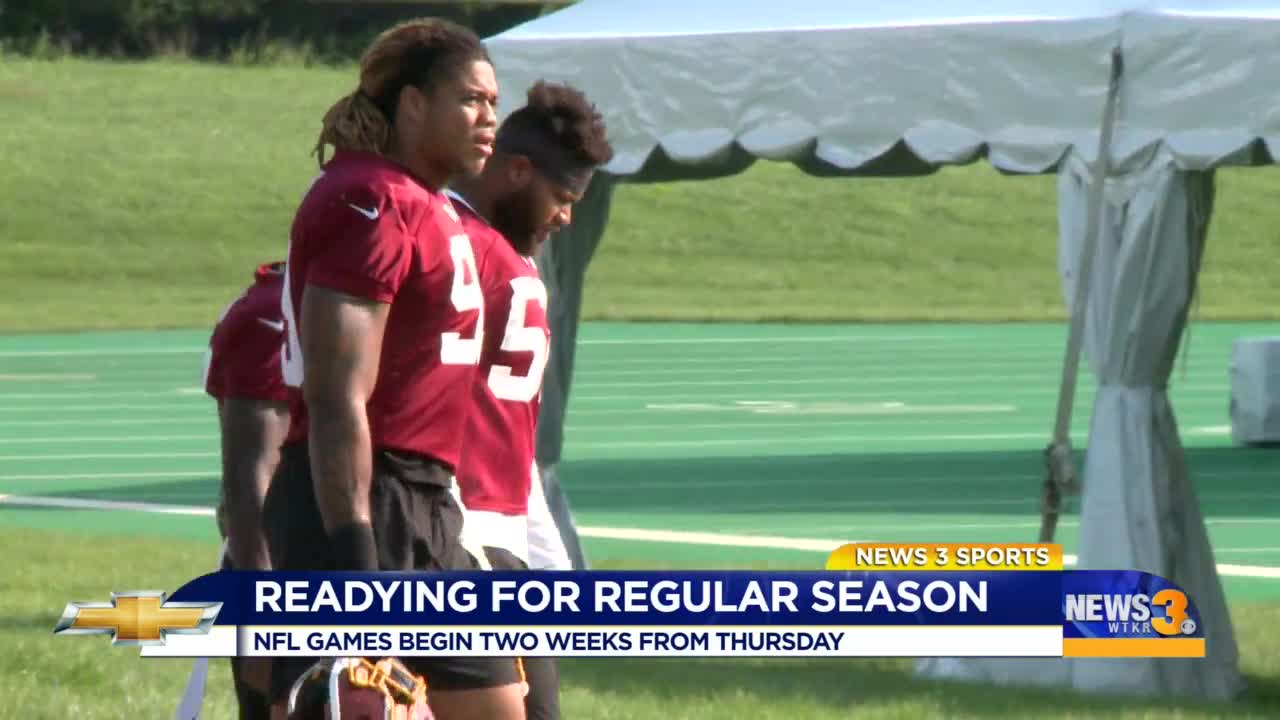 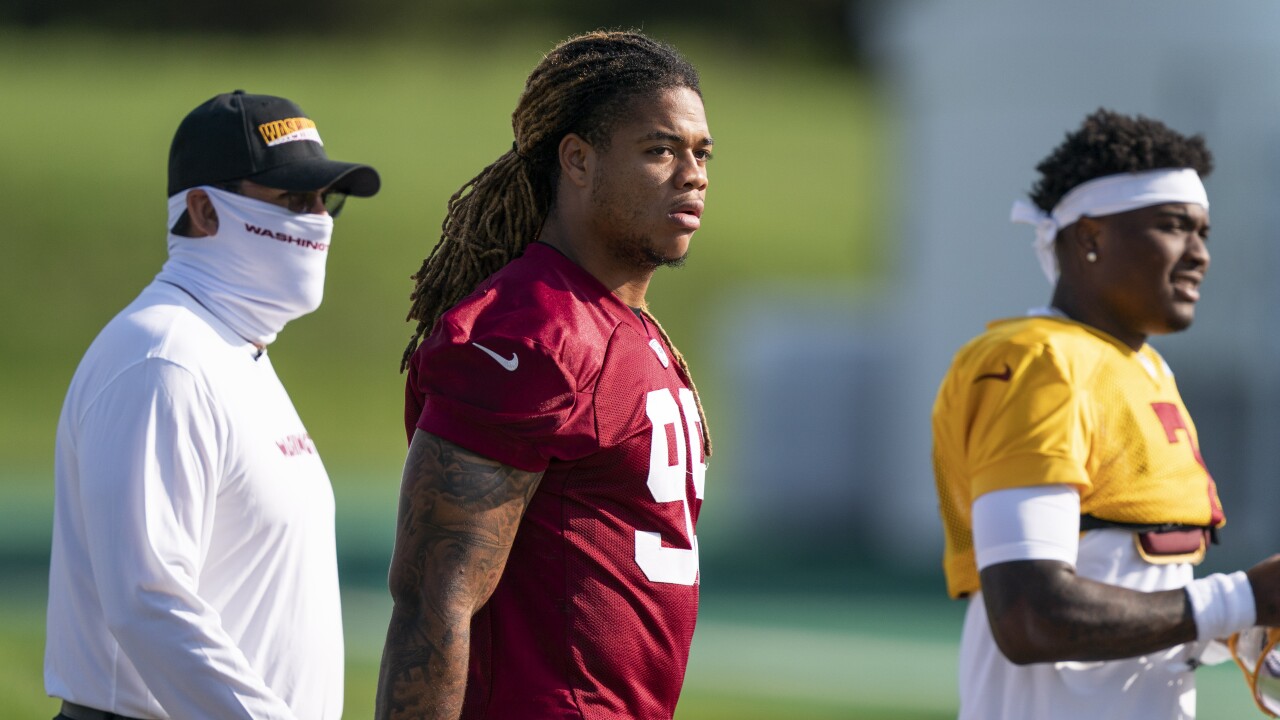 LOUDOUN COUNTY, Va. - Maybe it snuck on you due to the lack of preseason games this year? But, believe it or not, the NFL's regular season starts two weeks from this Thursday.

Three days after that, the Washington Football Team opens the Ron Rivera era at home vs. Philadelphia.

"I think probably sometime early next week players might start feeling like they need to be getting after somebody else," head coach Ron Rivera said following Tuesday's practice. "By that time, we’ll start getting ready for our upcoming opener. So, we’ll see how that does go next week when we get into Monday and Tuesday of next week."

Also making his debut in burgundy and gold Sunday September 13th will be rookie defensive end Chase Young, the number two overall pick in April's NFL Draft. And the former Ohio State stud says he does not merely want to be an impact player, he hopes to be a 'dude'.

"You have to be accountable," Young explained Tuesday. "You have to always take care of your responsibilities, no issues off the field. Make plays and just be a good person. Being a dude I feel like stems from who you are as a person. Some people can act like a dude, you can talk and say that you are a dude, but the only thing that tells you if you really are a dude is by your actions."

And early indications of Young's actions are impressive.

"That’s probably the biggest thing you always look for when you pick a defensive end that high is, you’re looking for a guy that generates pressure on the edges, which we’ve seen him do," Rivera noted.

But remember what Chase said: you have to walk the walk to be a dude. And for the last week, Young has been walking gingerly. He's working his way back to 100 percent from a hip flexor injury suffered last week.

"Right now we’re just playing it smart and just making sure it’s 100 percent healed because a hip flexor is an injury that can linger, and that’s what we don’t want it to do," Young revealed.

He's already young. The team wants him fresh, too. Because doesn't 'young and fresh' just sound like a dude?