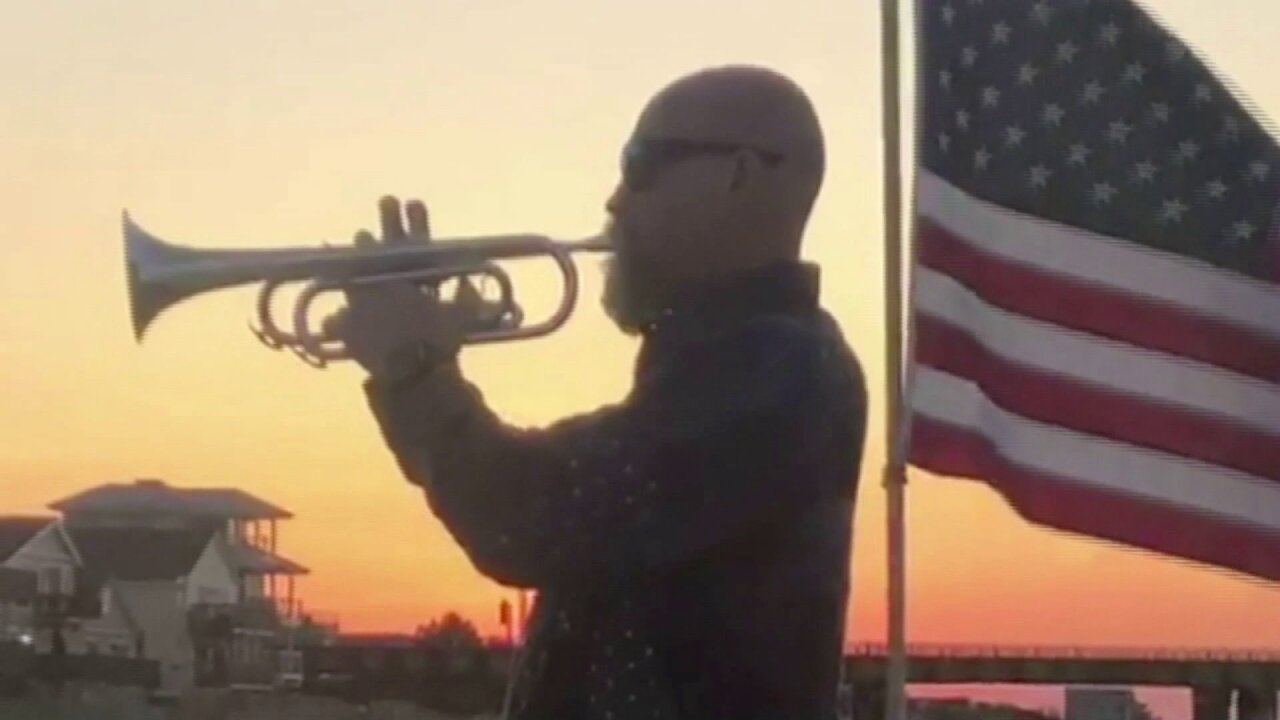 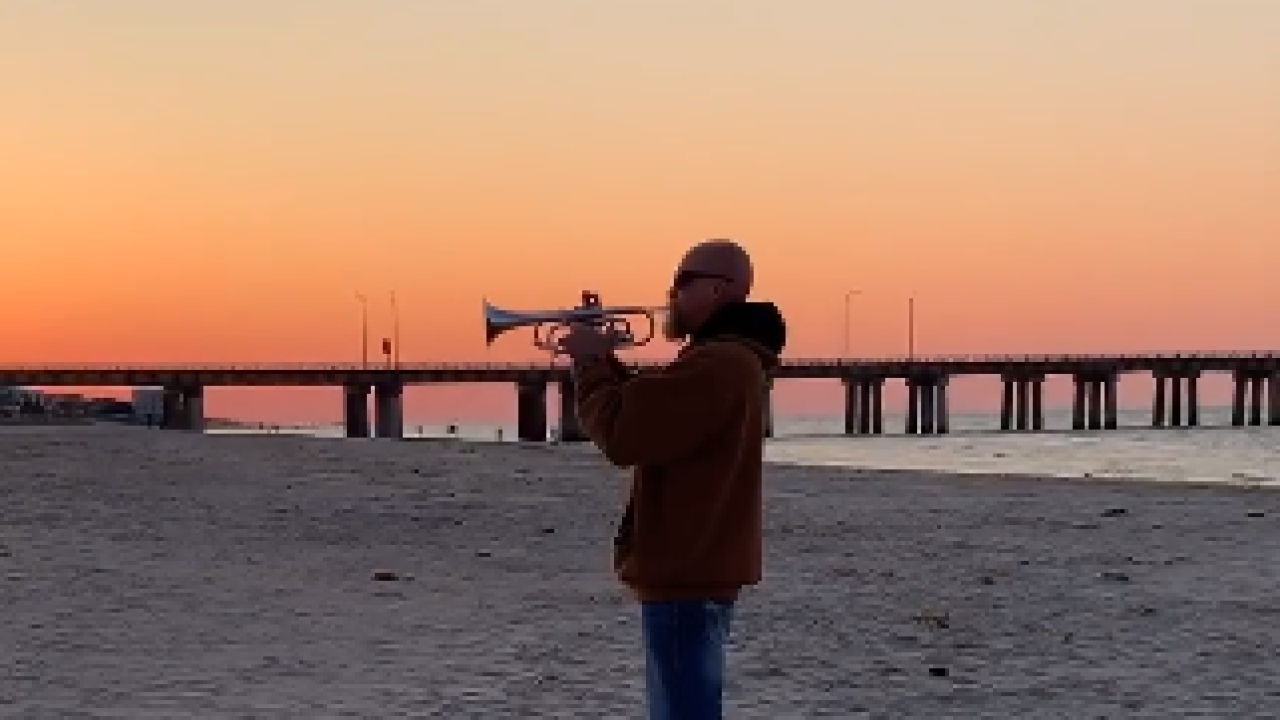 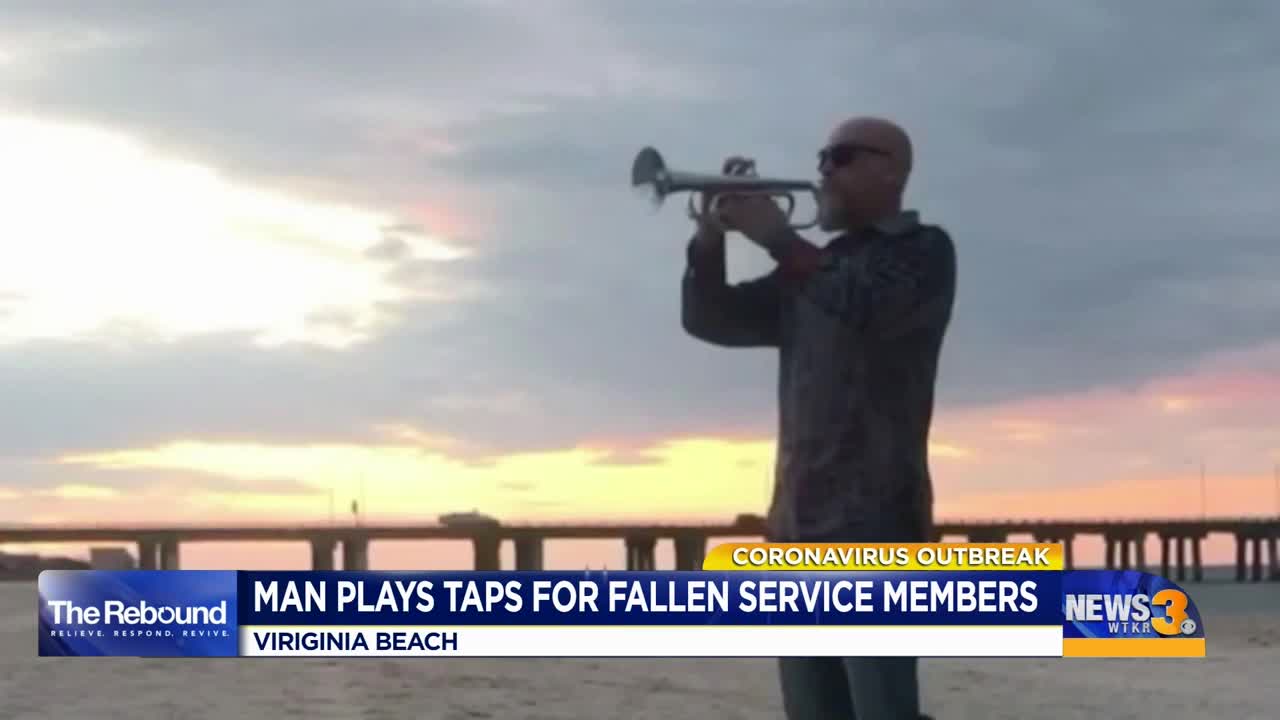 VIRGINIA BEACH, Va. - The Department of Veterans Affairs suspended funeral honors during the coronavirus pandemic as a means to keep people safe.

Each night as the sun goes down, you can hear the sound of taps being played near the Chesapeake Bay Bridge Tunnel.

Thursday will be the 38th night in a row that he plays on the beach.

“When you hear the first three notes of the calling of taps, people automatically recognize it and the emotional ties,” said Lehm.

“I started playing trumpet in fourth grade,” he said. He later moved on to play the bugle.

Lehm said he has played at six military funerals in the past.

On March 23, the Department of Veteran Affairs suspended military burial honors due to coronavirus.

They issued a statement that said national cemeteries will be open and will continue to provide interments for veterans and eligible individuals, but as part of the agency’s response to the coronavirus (COVID-19), committal services and the rendering of military funeral honors will discontinue until further notice.

They said immediate family members - limited to no more than 10 individuals - of the deceased may witness the interment if requested.

“We are committed to the safety of our veterans, their families and employees and have implemented an aggressive public health response to COVID-19,” said VA Secretary Robert Wilkie. “At the same time, we continue to take steps to provide flexibility to veterans and their loved ones where possible.”

It’s an honor that Lehn didn’t want to see denied to our fallen heroes or their families, so he took action.

Each night, he walks down to the beach and he plays.

“I’ve played graveside before for military funerals and I’ve seen the appreciation and the emotion that it brings up in the families of our fallen heroes,” said Lehm.

He said one woman came up to him and thanked him after her loved one recently was buried but didn’t have the military burial service.

“They weren’t able to do that at his funeral, and she teared up and just said, 'Thank you,'" said Lehm.

He said many have expressed appreciation online and in the community.

“I’ve gotten a lot of responses that I didn’t see coming. I didn’t really think about how people are going to react to it. It never crossed my mind, but it’s pretty neat,” said Lehm.

He said he’ll continue his nightly ritual until the restrictions are lifted and funerals can resume as normal.

“Once they start playing again, I’ll lay my bugle down,” said Lehm.