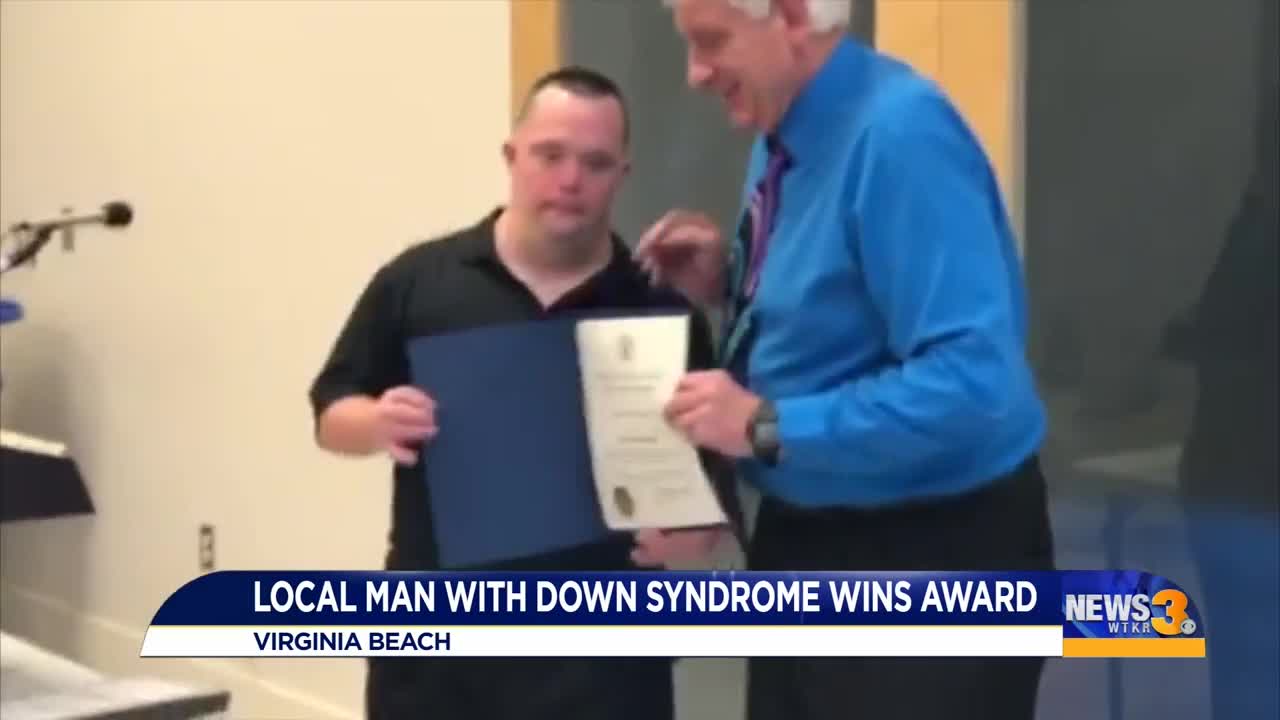 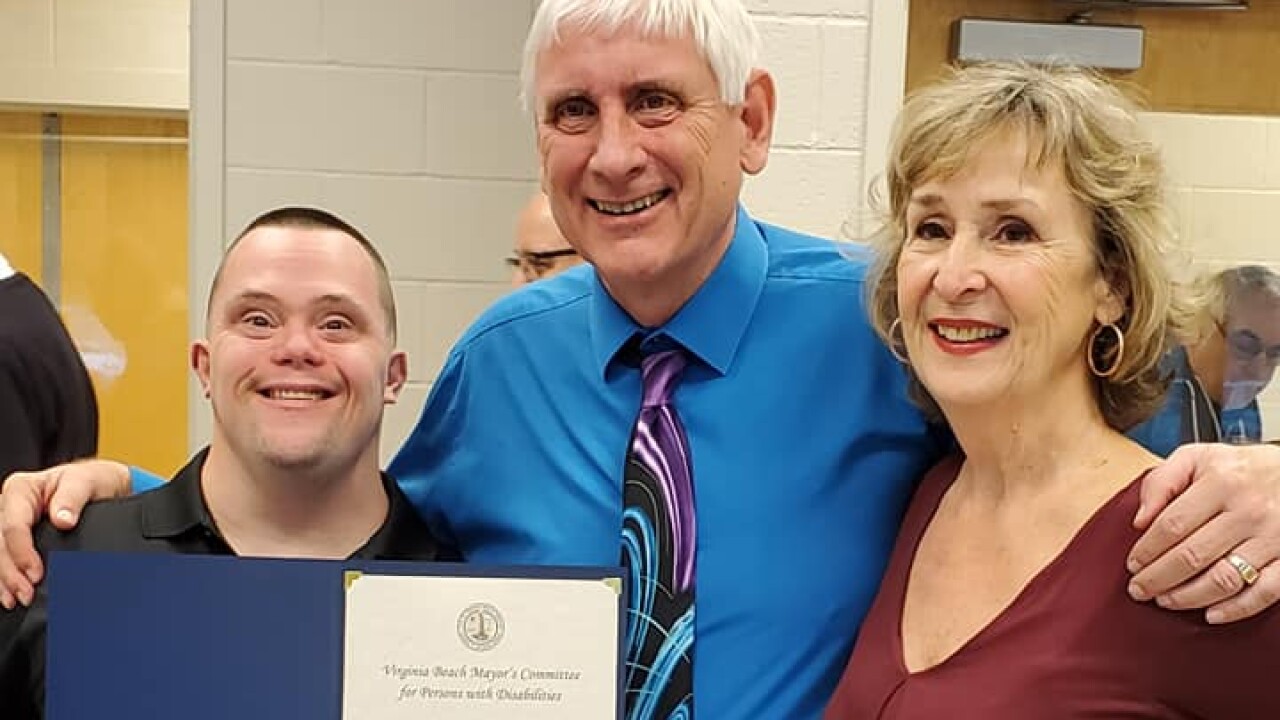 VIRGINIA BEACH, Va. - The Virginia Beach Mayor’s Committee for Persons with Disabilities gave Travis Thereault and several other people awards for the work they do in the community.

Travis, who has Down syndrome, got the award for serving as a role model and ambassador in the community.

Travis said he was really touched and honored. He said he was moved and inspired by everyone showing him love that he brings out in people, especially while working at the Kroger on Shore Drive.

He is about to celebrate his 10-year anniversary with them.

Earlier this week, there was an outpouring of support for him after someone stole his three-wheel bike.

His mother, Martha Thereault, said many people with Down syndrome have balance issues and said a three-wheel bike is easier to use.

“Somebody had cut the lock and stolen the bike and the bike was gone,” said Martha. “All that was left was the cut lock.”

Martha took to social media hoping someone might find it or have information about where it may be.

Word got around to a group of firefighters who took action and created a GoFundMe campaign to get Travis a new bike.

Travis knows many of the firefighters from his job at the supermarket.

He’s a popular guy throughout the City of Virginia Beach.

Travis didn’t let his stolen bike get him down.

“I don’t sweat the small stuff. I let it roll off my back,” said Travis. “It’s easy, natural.”

He said his motto is to keep an open heart, even to the person who took the bike.

“All the people that have shown their love has just been extraordinary. It really has, and I wish that kind of love for the thief,” said Martha.

Organizers told News 3 they hope to get him his new bike soon and said the remainder of the money will go towards the Special Olympics.