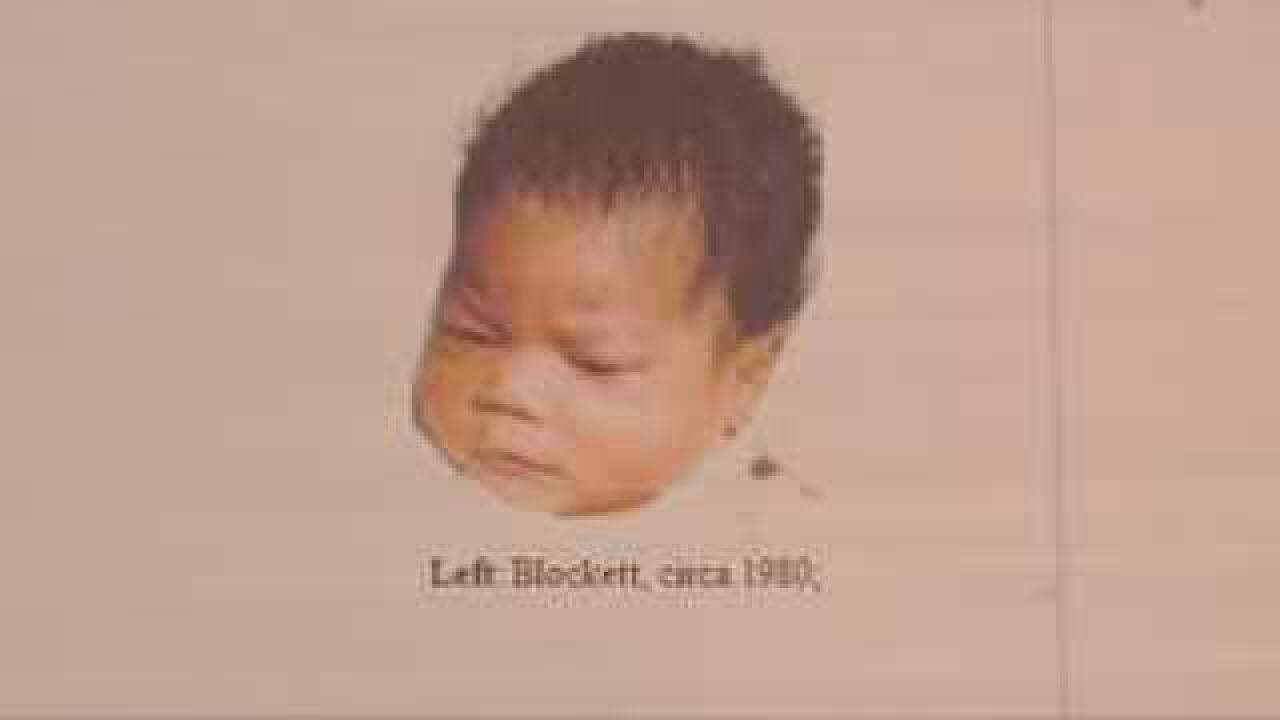 NewsChannel 3 has been following the case of David Blockett, a baby that was taken from his mother over 30 years ago by a woman who posed as a social worker. Now, we've discovered that David's nephews were also once taken by an unknown woman. In that case, the outcome was much different.

Since the story first aired, viewers have called into our newsroom with information about the case.

More than thirty years after Frederick Blockett and his baby brother David were abducted by a mystery woman, his youngest brother's boys were, too!

In Frederick’s case, a woman posed as a social worker and tricked Vanessa into handing over 15-day-old David and two-year-old Frederick.

As detectives unsuccessfully looked for David Vanessa had another son named Dante Blockett.

Ta'vyion and Dante Jr. are two of his boys with Yovonda Benefield, Frederick’s nephews.

In June of this year, Benefield brought her boys with her to work at a Shell Gas Station.

A woman by the name of Sommer Pannel, a total stranger, asked Benefield for a ride to North Carolina.

Benefield agreed and told the woman to take her car and bring the kids to the park until she got off of work.

"I thought of David and I thought about my nephews and I was wondering where they was,” said Frederick.

Hours later, the boys and Pannelll were found unharmed in North Carolina.

Newport News detective Amber Rogers, who was assigned to David’s abduction case after we started looking into it, says she was baffled when she realized the family connection, too; especially since she was the lead detective on the nephews' case as well.

“I deal with different stuff every single day; no case is alike and here I get two kids both named Blockett, both given to strangers by their parents,” said Rogers.

In the nephews’ case, their mom was charged with felony child neglect but those charges were dropped.

The woman who stole David on that December day in 1980 has never been found.

Robert Lowery at the National Center for Missing and Exploited children couldn’t believe it when we told them about the family connection.

He says the Amber Alert system used to locate children today made all the difference in finding the boys.

“It`s unfortunate that we didn`t have those advances when David was taken. Had we, we certainly think we would have stood a better chance of finding him right away,” says Lowery.

Frederick is grateful that the latest incident didn't have an exact repeat of history.

Both of them came back, it was only one person that came back and that was me,” says Frederick.

If you know anything about David Blockett's case, we need you to keep taking action and