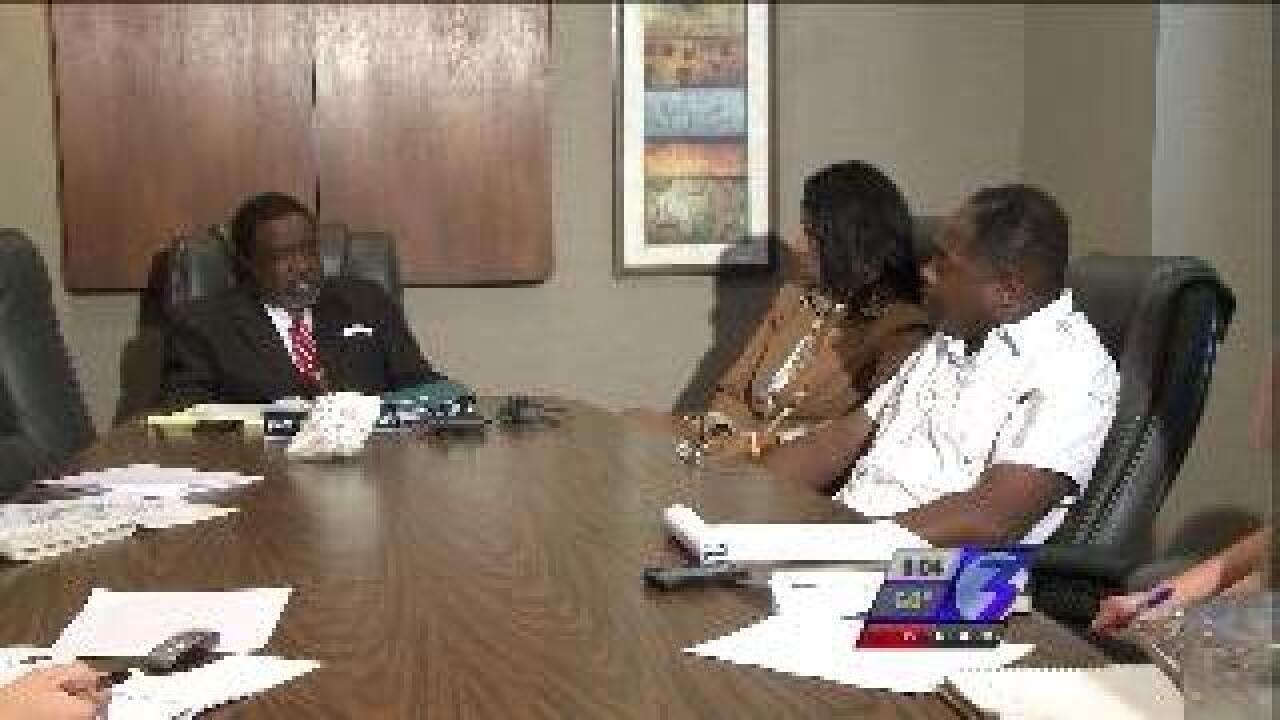 A 13-year-old boy in the gifted program at Plaza Middle School in Virginia Beach served an in-school suspension Wednesday after teachers said he used the American flag in the school’s auditorium to wipe his hands after leaving the bathroom.

However, Moses Hinton’s parents told NewsChannel 3 the incident did not happen, and they believe their boy was harshly punished because he is the only African-American seventh grade student in the school’s gifted program, even though the school’s principal is black.

“[This has been] very traumatic,” said Victoria Hinton, Moses’ mother.  “It has had an emotional impact on my son's education.”

According to Virginia Beach Public Schools Spokesperson Eileen Cox, a teacher observed Moses wipe his hands on the flag after leaving the bathroom on May 21, 2012.  When confronted about it, Cox said Moses told the teacher there were no napkins left in the bathroom.

According to the boy’s mother, “His response was ‘mommy I was coming up the stairs and I lost my balance and I touched the flag,’” Hinton said.

“Why react so harshly?” said Scriven, who told NewsChannel 3 he believes the suspension was racially motivated.  “You have a bright, gifted, young black male; it seems to be an attempt to pour ice water on his motivation.”

The flag did not fall or receive any damage.  Those facts, said Hinton family friend and New York school board member Wayne Hobbs, should have kept this case out of the headlines.

“Defacing would be putting paint on it, burning it, putting in the garbage,” said Hobbs.  “Not drying your hands if it's wet."

VBPS officials said they did make an error by classifying the incident as defacing the American flag;  however, they do support their story that Moses wiped his hands on the flag, and they stand by their decision to give him a one day in-school suspension for the incident.

“I definitely don't feel like it deserved a suspension,” said Hinton, who told NewsChannel 3 that Moses has had other run-ins with school staff that they consider unfair over the last two years.

“So I feel it's of the attitude, we're gonna get you one way or the other,” she said.

Hinton's attorney said they are not seeking monetary compensation for the incident, but they are calling for more sensitivity training for Virginia Beach teachers.  They also want Moses’ record cleared.