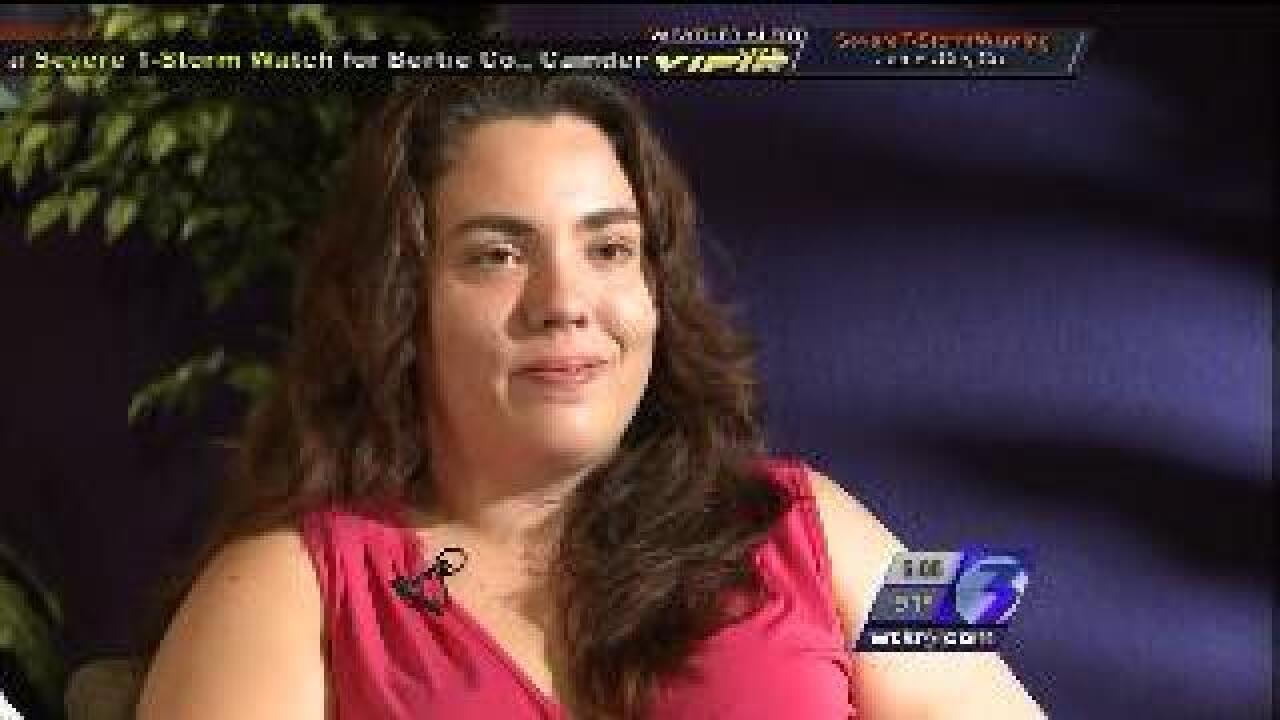 The family of a Virginia Beach high school graduate contacted NewsChannel 3 for help after a local college did not approve her for in-state tuition.

Among the dozens of Tallwood High School students proudly donning their purple caps and gowns this year was Taylor Hunnings. Graduation with honors was more than a milestone for Taylor. To her grandfather, it was more like a miracle.

“I knew that we had been over a lot of hurdles with her growing up,” said Daniel Hunnings. "I thought we had finished that.”

Taylor's mother had issues with drug use while raising Taylor and her siblings in another state.  Her grandparents, who live in North Carolina, stepped in to help.  More than four years ago after not being able to reach Taylor’s mother, the family decided Taylor would live with her maternal aunt in Virginia Beach and attend school.  A 2010 Indiana court order backed up the decision.  In Taylor’s eyes, all this made her a Virginian, and eligible for in-state tuition at Tidewater Community College.

“I thought I was gonna go to school, no problem,” said Taylor.

However, a few weeks ago, TCC put a block on Taylor’s account.  She says admission officials told her because her grandparents, her legal guardians, live in North Carolina, she would be considered an out-of-state student.  Those fees are nearly three times higher than in-state tuition, and something neither Taylor nor her grandparents can afford.

“I didn't understand because I had lived here for at least four years,” said Taylor.

Taylor appealed the decision and included her aunt and uncle's tax documents showing they claimed her as a dependent on their Virginia taxes.  TCC did not change their minds.

“We'll get through it,” he said with tears in his eyes.

“Looking at this, it seems there would be no question about her in-state status,” said NewsChannel 3 Investigator Jessica Larche to TCC Vice President Alice McAdory.

“Not according to the domicile guidelines of the commonwealth,” McAdory said.  “It was not a clear-cut case at all.”

McAdory said the Indiana court's order for Taylor to live in Virginia is the cause of confusion in the case.

While it clearly says she is to "live with her maternal aunt in Virginia," it doesn't name the aunt.

“We did not, by looking at the documents, know that this was her maternal aunt,” said McAdory.

At the time of the interview, McAdory said they were requesting letters from Taylor that would prove the identity of the maternal aunt she’s been living with in Virginia.

“They said I have in-state tuition!” said Taylor.  “It’s great.”

Taylor has already registered for classes at the in-state tuition rate. While she's a bit shy, she's happy her grandpa wrote that letter asking us to take action.

“It gave them a push to do the right thing,” said Taylor.  “I love my grandpa and he always does extra things to make sure that I'm taken care of always, and I love him very much.”

“My wife and I would like to extend our personal thanks to Channel 3 News and to Jessica Larche for getting involved with our granddaughter’s situation at TCC. I do not believe that we would have gotten the same result without your help. We are so happy that Taylor will be able to go back to school as planned this fall. Once again, we thank you very, very much.”