Obama speaks to thousands at NSU 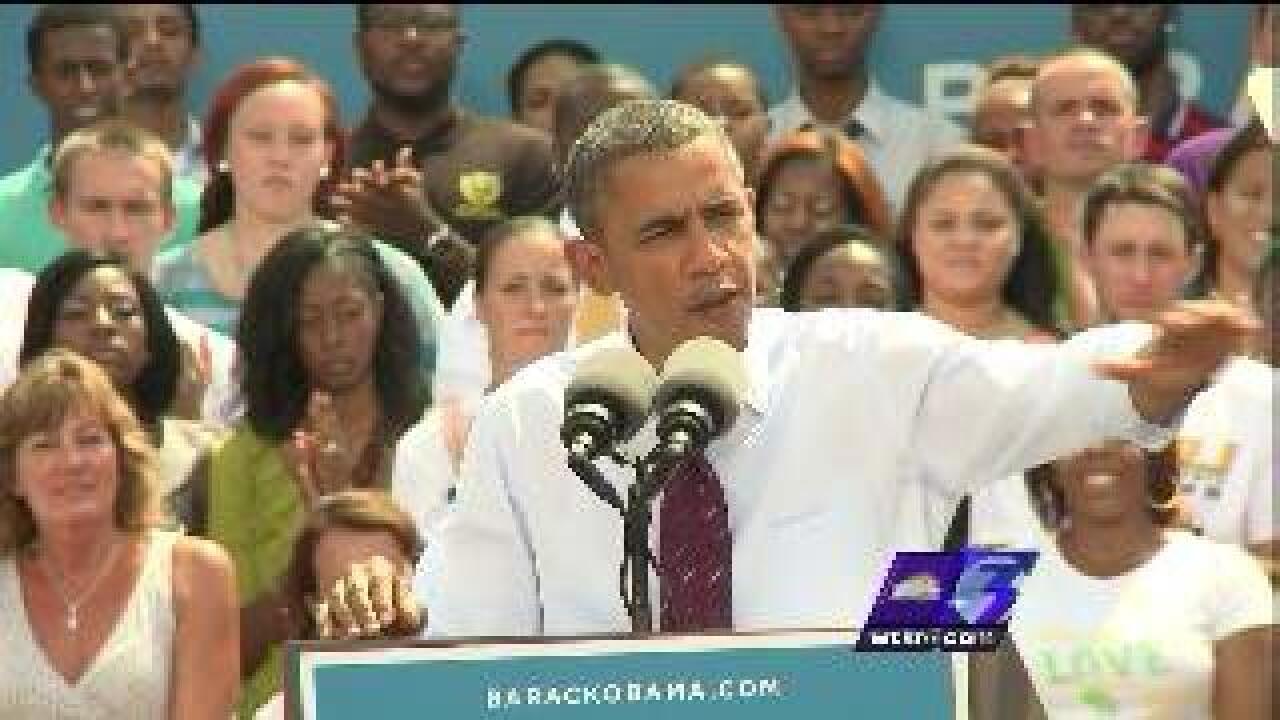 Embraced by a crowd of more than 11,000 chanting supporters, President Obama made his bid for the White House in battleground Virginia on Norfolk State University's campus Tuesday afternoon.

"The story of America is not about going backward," said the President.  "It's about moving forward."

As thousands crowded into Norfolk State University's outdoor quad section of campus in nearly 90 degree heat, 18 people were sent to area hospitals for heat-related problems while another 23 were treated on triage centers on campus.

Still, the President's push for his plans on healthcare and the economy took center stage.

"One day your boss says your job has been outsourced to India! So it's devastating," said Iris Jones, who lost her job during the Obama administration but still supports his vision over Republican candidate Governor Mitt Romney.

"We just have to have faith and hope that what [the President is] saying is true," Jones said.

The President also boasted about the bin Laden raid and his support of military families.  Hampton Roads military wife Amber Herbert tipped her hat in support of the President during a speech before the he addressed the crowd.

As the President finished his 20-minute long speech, he leaned on supporters to show up at the polls in November.