Virginia Beach, Va. -  The sights and sounds of the Chesapeake Bay can be so inviting. From the looks of the pictures Brian Lockwood took of several seals perched on rock pilings Saturday, they are accepting the invite!

Another seal slid onto the Virginia Beach Oceanfront Monday afternoon before slipping back into the water.

"It's really impressive," Lockwood said of the seals he took pictures of near the CBBT.  "They were there for the same reason as me.  They were fishing, except they probably had more luck than I did."

It wasn't until after Lockwood posted the pics on his blog that one of the seal's heartbreaking burdens came to light.

"A friend of mine emailed me back and said it looks there's something wrapped around the neck of one of those seals," he said.

"We don't know how long that entanglement has been there," said Christina Trapani, an information specialist with the Virginia Aquarium Stranding Response Team.

"If you look closely at the pictures, you can see it's cutting down to the fur, the blubber, and maybe into the muscle so that's an indication that the entanglement has been there for some time," she said.

Trapani said the best they can do now is watch the seal when he makes another appearance.

Trapani said these recent seal sightings aren't unusual for Hampton Roads.  We may be seeing more this year because we've had chilly weather, more like the temperatures seals are used to having up North.

She said if you do see more of these guys around here, don't approach them.

"They are very strong, powerful and aggressive animals," she said.

There are things to look out for that will show if they're healthy.

"So if the seal's got its head up, its tail up, its looking around, that's what we call the banana position," she said. 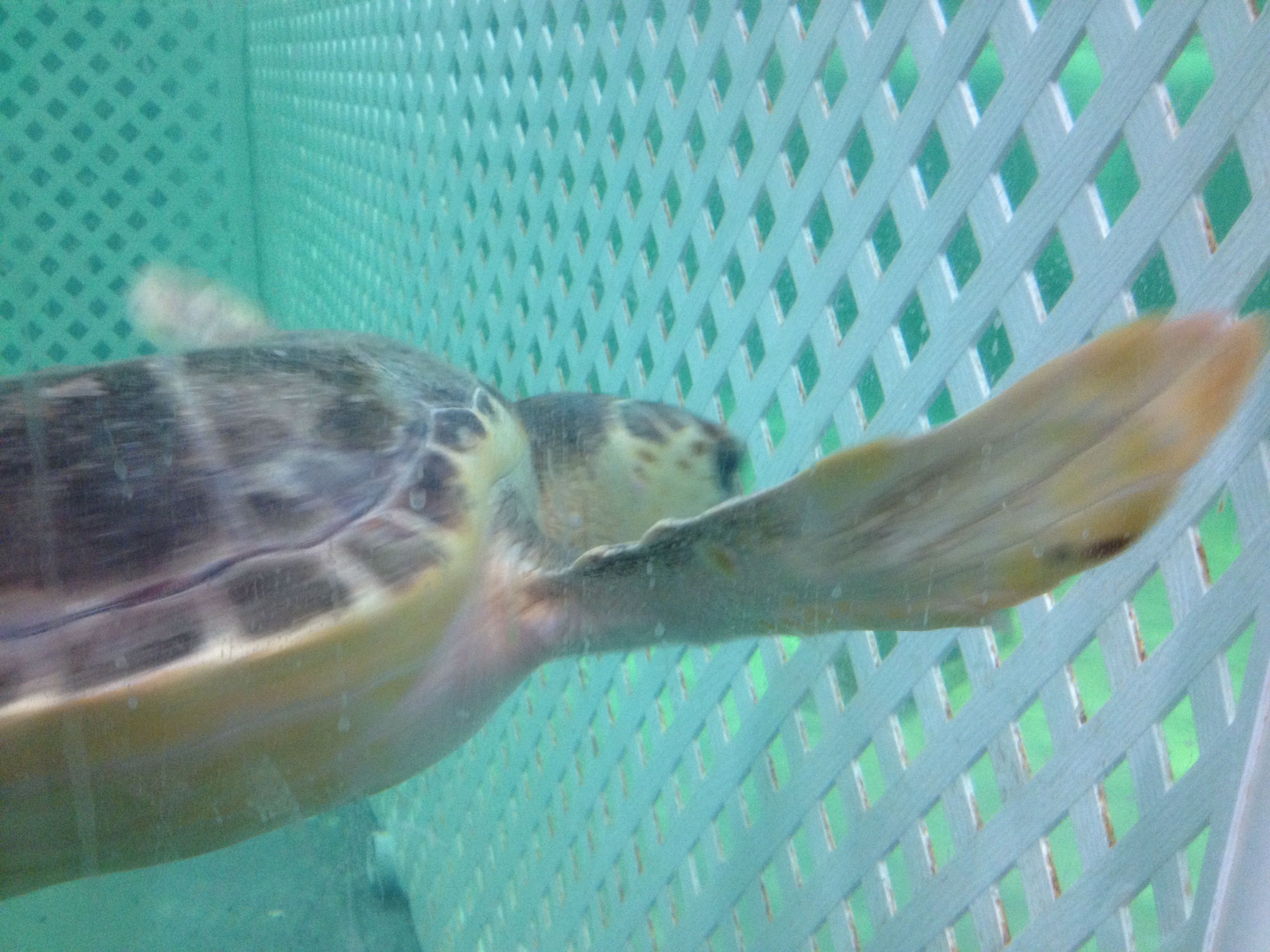