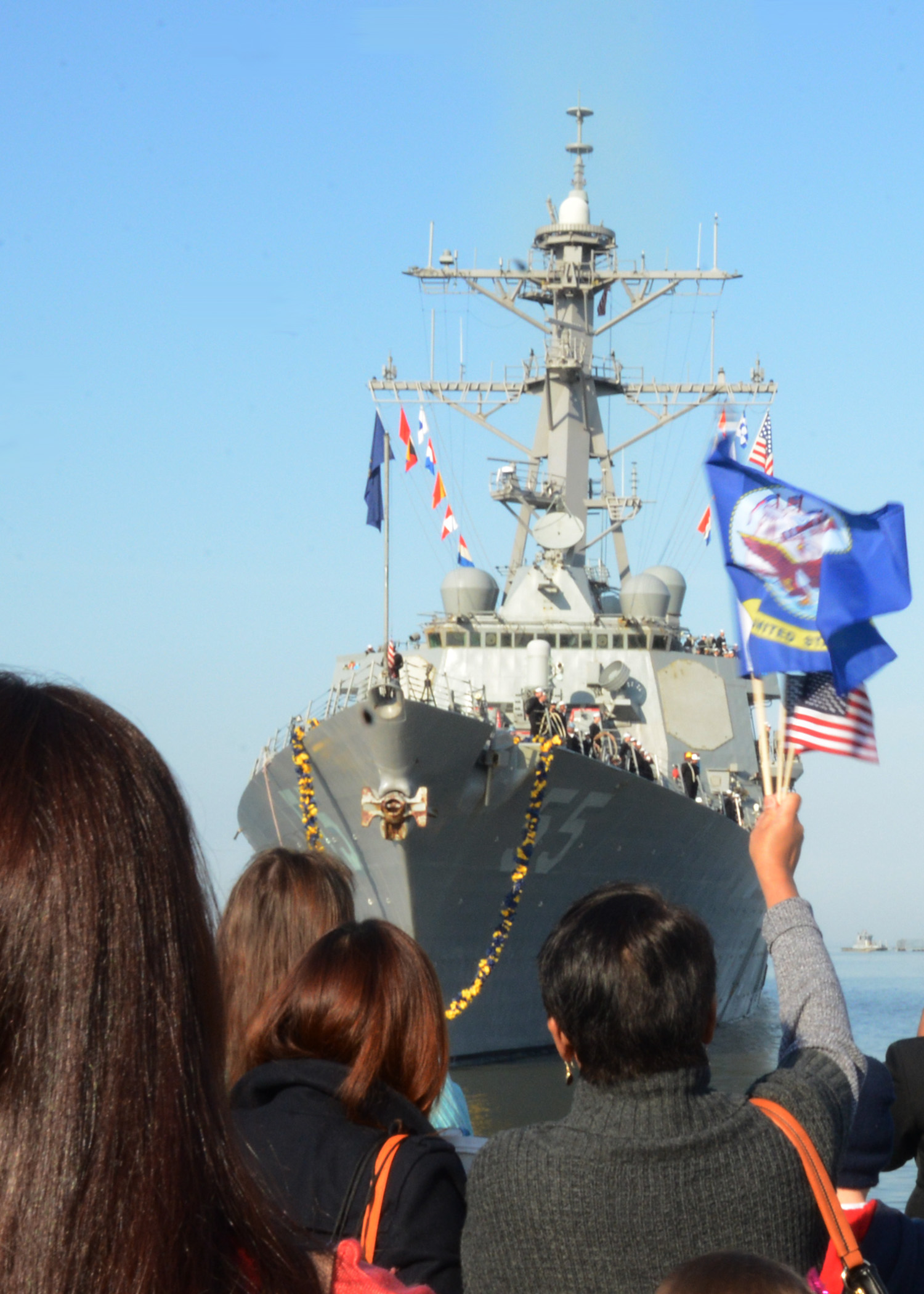 The ship departed August 18, 2013 for the Mediterranean and has since covered more than 36,000 nautical miles in support of the nation’s ballistic missile defense strategy.

“We provided a ready, flexible force where it mattered, when it mattered,” said Cmdr. Robert Alpigini, Stout’s Commanding Officer.

Arriving in theater as the Syria crisis was unfolding, Stout participated in interoperability exercises with more than 10 partner nations and allies, including Germany, Great Britain, France, Israel, Italy and Turkey, Navy officials say.

USS Stout capped her time in theater by participating in the maritime operation that re-took the vessel “Morning Glory” that had been seized by three armed pirates.

#USSStout picked up this stray dog at one of their ports, the rescue pup became their mascot @USNavy pic.twitter.com/NOlUSy6XW8

Lots of cheers and screams - these sailors so close to land and their loved ones #USSStout @USNavy #lovemyjob pic.twitter.com/Yz9q6mqL1s

These guys are rocking the Jackson 5 entertaining the crowd while we wait for the #Stout @USNavy #navalstationnorfolk pic.twitter.com/44pjzLlz70