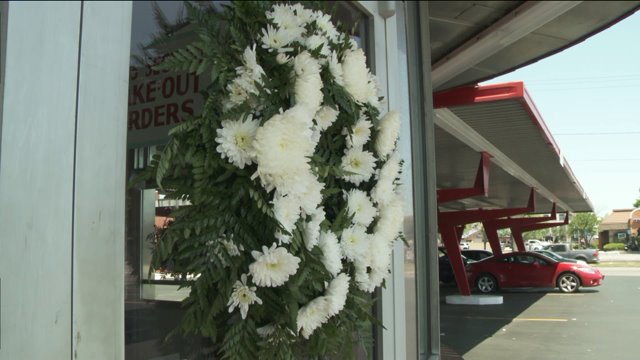 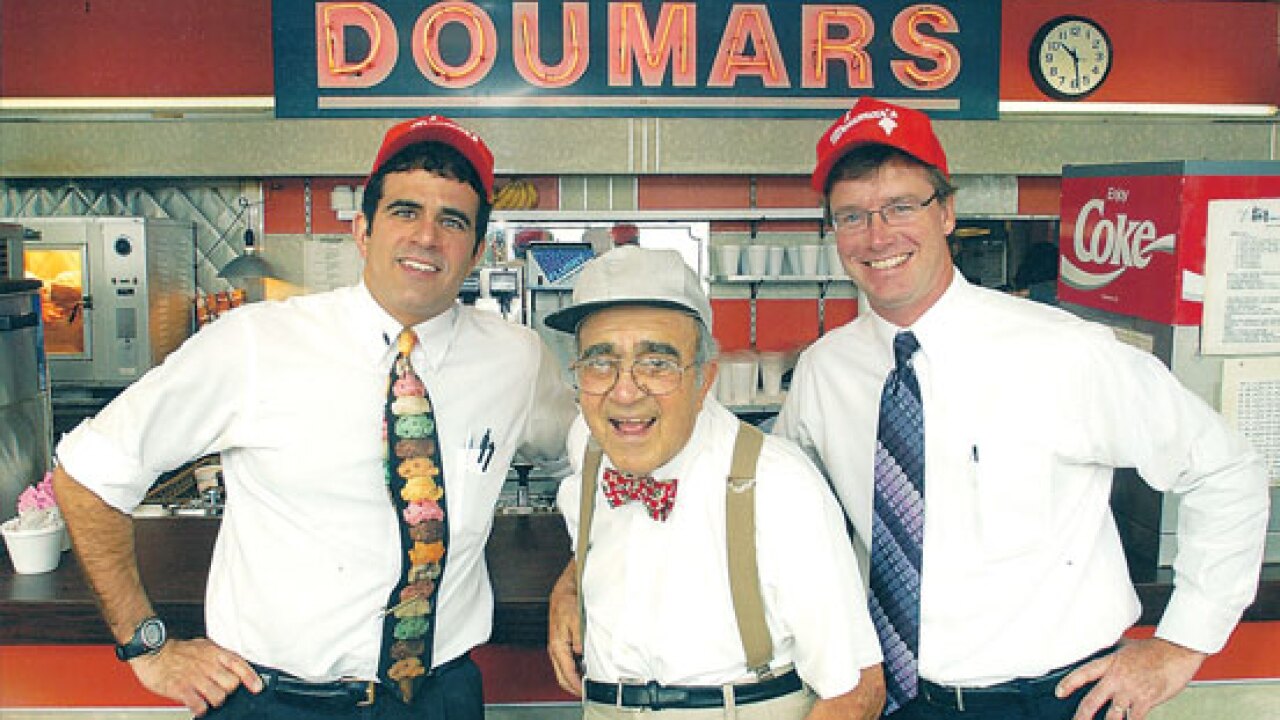 It was a solemn stop on Monticello Avenue on Monday afternoon on the way to lay the beloved Al Doumar to rest.

Albert Doumar, the longtime owner of Doumar’s Cones and BBQ in Norfolk, died Wednesday at age 92 after a bout with bladder cancer last week.

His funeral procession slowly drove the the iconic restaurant.

Albert was the son of one of the original Doumar’s founders, George Doumar. He started working for the family business in the early 1930s, delivering ice cream.

He graduated from Maury High School in 1940 and then from William and Mary in 1943.

Albert was then commissioned as a Navy officer and served in the Navy throughout World War II. He was discharged in 1946.

Albert returned to Norfolk and continued to manage the family business with his father, George, until his father’s death in 1974.

Since the early 1990s, Albert, his son Thaddeus and his son-in-law Randy, have owned Doumar's.

Albert worked actively at the restaurant through April. Even with his health declining, he still came by to greet everyone. He hadn’t been to work in about three weeks, prior to his death.

His son, Thaddeus, says Doumar’s will remain open. The legendary restaurant closed as mourners gathered to say their goodbyes to Doumar.

In lieu of flowers, the family requests people make donations to the charity of their choice.