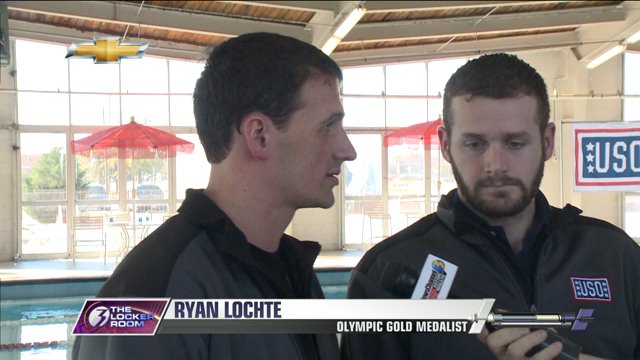 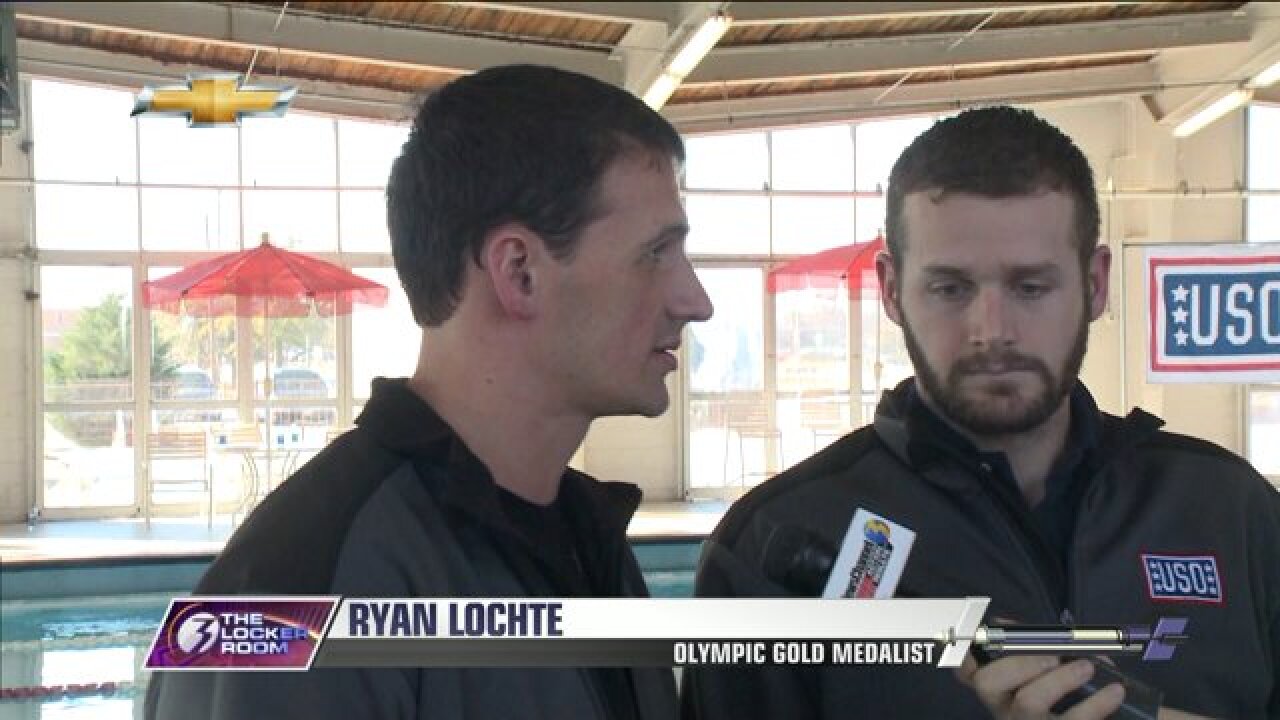 For Lochte and his teammates, Friday's swim clinics at the fleet rec pool are more than just a way to inspire young athletes. This is about giving back.

This is the second time Lochte and gold medalist Tyler Clary have partnered with the USO for days like this -- which hit home for Anthony Ervin, who won the gold in 2000. His father was a marine in the Vietnam War.

This is the first USO tour for Ervin, and Tim Phillips, who's quickly learned giving his time to the next generation of Olympic hopefuls may be almost as rewarding as earning another medal.