VIRGINIA BEACH, Va. - If you've grown up in a beach town like I have, you know that beach cruiser bikes are standard equipment for getting around.

Even as an adult, I use my bike to get around town, going to the grocery store, pharmacy, pretty much everywhere when the weather is good.  Saturday was one of those nights.

I had just finished planting some spring flowers in the yard and realized I needed to grab a few items from the store.  It was a mild night, perfect for biking and I decided to take my beach cruiser out for a ride. It's about a 3 mile ride to the store. I picked up what I needed and headed back home.

I often take the residential streets to avoid traffic on the main drag, Atlantic Avenue.  The streets on this route are very dark and lined with oceanfront homes. I've been this way many times and because I know the street so well, I figured I was pretty safe. It was a straight shot, a flat road and there wasn't a lot of traffic.

Well, I wasn't cruising on my cruiser...I was booking it, going very fast.

Then, without warning, I hit something very hard, which turned out to be a curb from new house being built. The last thing I remember is sailing through the air.

Good thing that pavement was there to break my fall! I apparently landed on the front left part of my head and arm. I don't remember this part, but I got back on my bike (which wasn't damaged) and rode another mile home.

I walked in the door not realizing how badly I was hurt. My youngest son and his girlfriend were there and looked horrified when I walked in. They asked what happened and in a dazed fog, I told them I was fine that I had fallen on my bike. They said my face was covered in blood and there was a steady stream of blood coming from a gash on my temple.

They immediately loaded me in the car and drove me to the emergency room.  The great folks at Sentara Virginia Beach General Hospital stitched up my head and did a CT scan to make sure I didn't have any permanent brain damage.

I came away with a concussion, bruises and stitches. I felt lucky! It could have been so much worse. 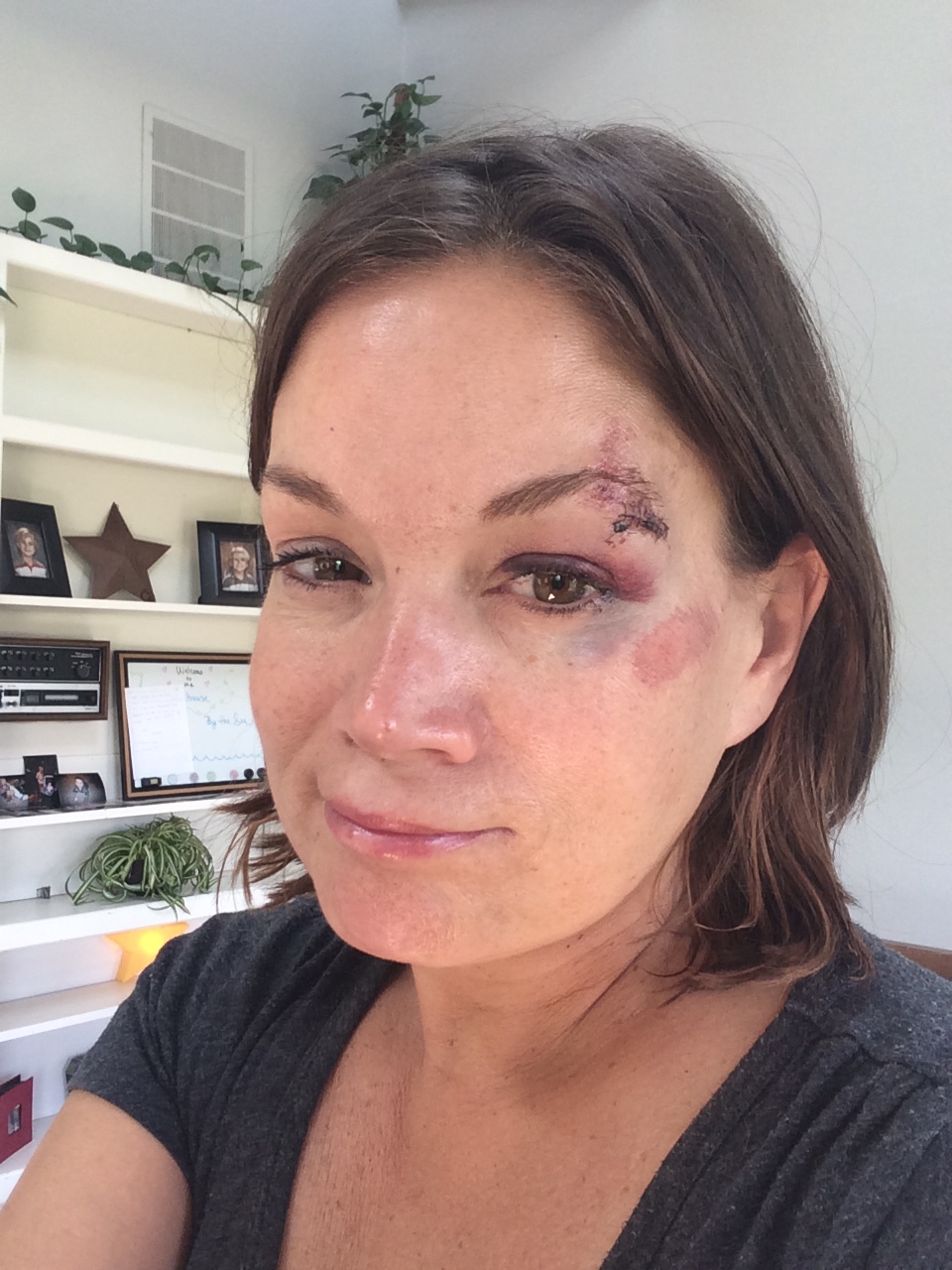 So, the moral of the story? Bikes are moving vehicles.

As best stated by Sgt. John Geluso of the Virginia Beach Police Department, "You never know when you're going to have an accident." You should wear protective gear so you don't have a serious injury.

Here are the things I did wrong that night, according to Beach Police: I was going too fast, I did not have a light on my bike (which is the law after dark), I was NOT wearing a helmet, and I was wearing dark clothing.

I'm quite the daredevil and I rarely get hurt, but this was an eye opener for me. I brag that I've never broken a bone and I want to keep it that way!

Take the news with you wherever you go - click here for info on the NewsChannel 3 News and Weather Apps.