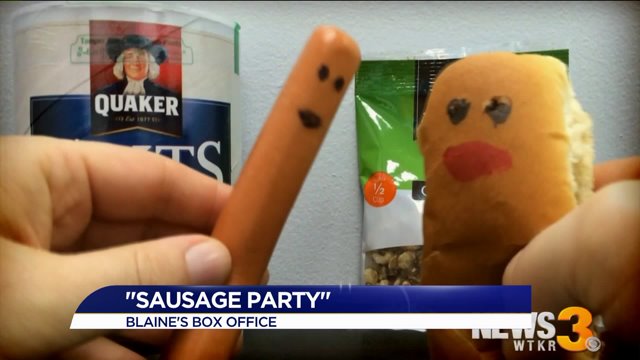 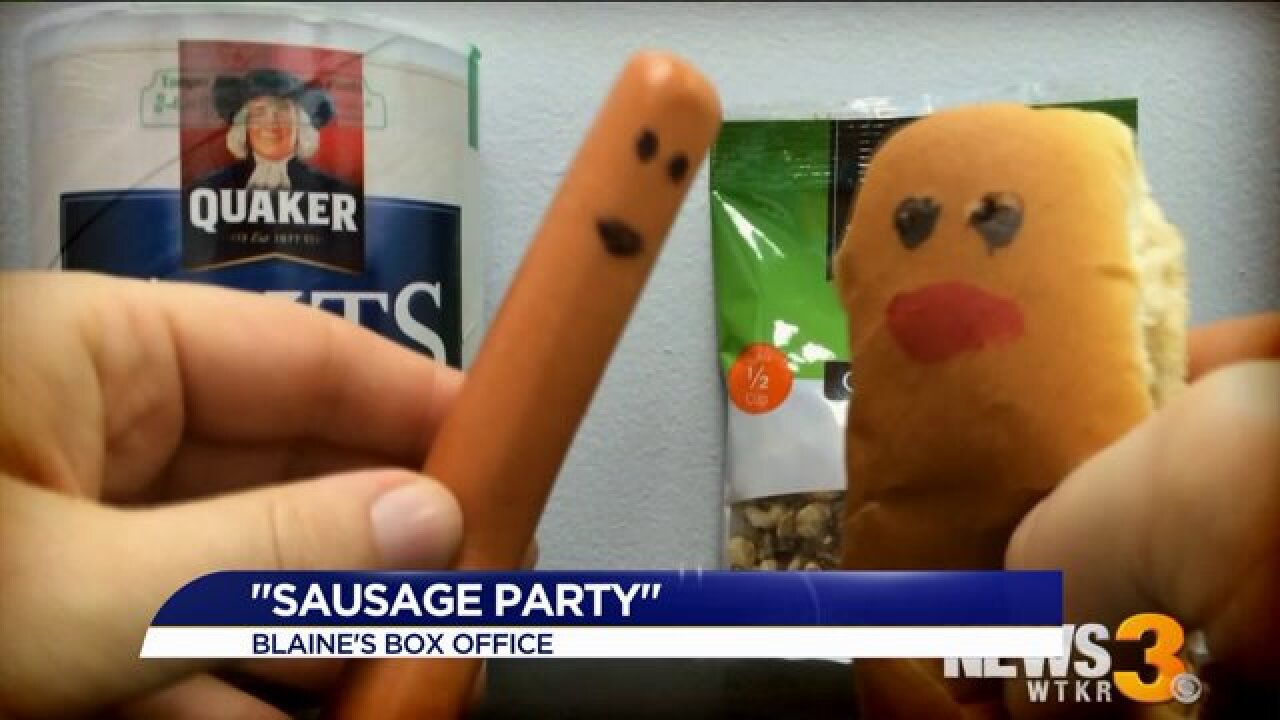 Sausage Party is everything you would expect from a movie titled Sausage Party. It is profane, incredibly vulgar and for movie goers who are OK with that, it might just be the funniest movie they'll see all summer.

The very adult animated flick boats a roster of big name voice talent. Kristen Wiig, Bill Hader, Jonah Hill, James Franco and more lend their skills to the supermarket food characters that come to life. The groceries lead an uprising against humans, who are originally perceived as gods rescuing them from store shelves, before ultimately realizing their fate as food.

Sausage Party is not for everyone. I'm pretty sure there wasn't one sentence in the entire film that didn't have a curse word. It's full of sexual innuendo and is not kind to religion, which is going to be a problem for some. If you can get beyond that, I think you'll have a good time.

My guest reviewer, news producer Emily Dick spent most of the movie horrified at the dialogue, and even more horrified that she laughed the whole time. I'm pretty sure we'll both have PTSD from our movie experience, but it was well worth it. I give Sausage Party 3 Blaines.