"All he ever showed was love," said his mother Marion Thompson. "That's what he was about."

The Suffolk man, known for his kindness and beautiful poetry, was caught in a crossfire that cut his life short.

"That was my baby!" his mother screamed during an interview with News 3. "Nobody has a right to take his life!"

On January 1, 2013, Holland was at a house party near a home on Liden Avenue in Suffolk.

Close to 50 people filled the streets as they rang in the new year.  Around 3 a.m., there was a fight among some of the party goers, and gunshots rang out.

Holland's father was just a few houses away.

"I heard the gunshots, not even knowing that was my child," said Carlton Holland Sr.

A stray bullet pierced Carlton Holland Jr.'s chest.  The 31-year-old was dead by the time his family reached the hospital.

Original story: First homicide of the year in Suffolk

His mother got the call in Wisconsin.

Nearly four years later, even though there were dozens of witnesses, Holland's murder remains unsolved.

Suffolk investigators said they've received anonymous tips about who pulled the trigger, and they do have  people of interest.  However, without a witness willing to take the stand, Detective William Shockley said they can't close the case.

"Without that, this case is going to continuously be unsolved," he said.  "It's just going to lead to more frustration for the family and investigators."

Without closure, the crack in his parent's hearts only get deeper.

"Think about it every night before you go to sleep," said Thompson to the people who witnessed the shooting. "I think about [my son] 24/7. There isn't a day that goes by that my baby is not on my mind."

If you know anything about Carlton Holland Jr.'s killer, take action and call Crime Line at 1-888-LOCK-U-UP. 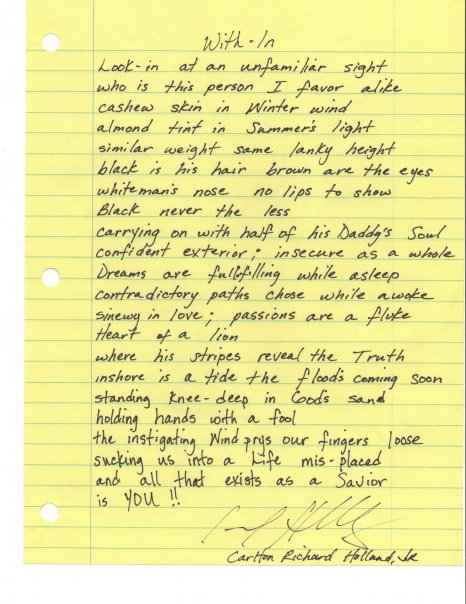