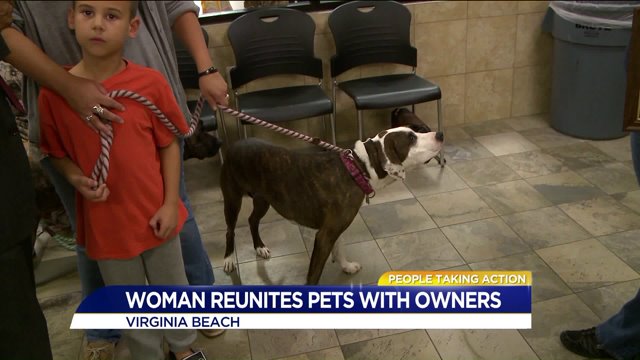 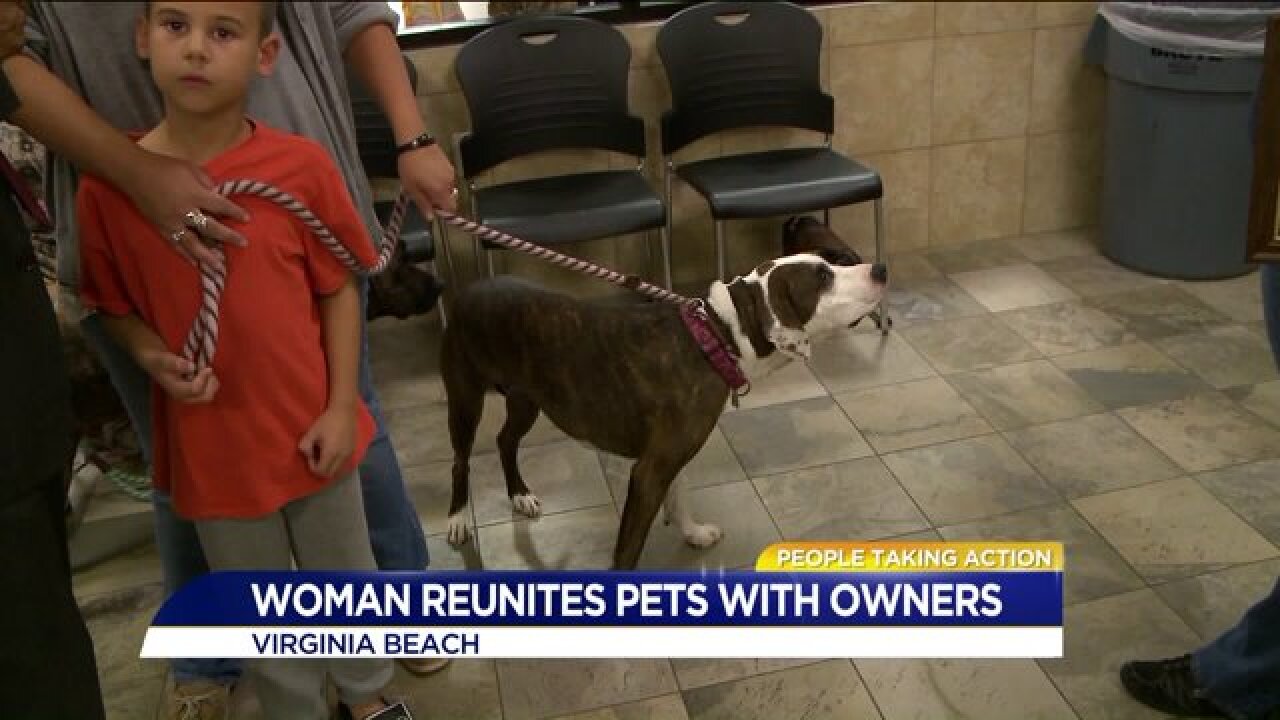 If you're a pet lover and ever been separated from one of your "fur" children, you know how much fear and anxiety that can cause.  Well one local woman works all hours of the day and night on reuniting pets with their owners, while holding down a full time job, mom and wife duties.  We're talking about Gina Highfield and we surprised her with a People Taking Action Award.

The surprise gathering was being held in a back room of a Care-A-Lot Pet Supply store on Indian River Rd., in Virginia Beach.   Gina was led into the room and greeted by cheers and laughter upon seeing the shock on her face.

This big surprise involving various pet rescue groups from across Hampton Roads, was initiated by an email sent to me from Amy Stevens. She read a portion of that email. "I met Gina through a Facebook group, Lost & Found Pets - Hampton Roads."

When Gina took over that page it had 75 members, now it has more than eight thousand, who regularly post and share information about lost pets. She doesn't have an exact count, but put it at a couple of thousand of pets who have been reunited thanks to the page.

Amy added in that email, "Not only does she offer people tips and tricks on locating their animals when they have gotten loose, but she has also been known to help get fliers printed and form search parties for animals." Like the time Gina went looking for a dog named Stella. She had been missing for a number of days.  And Gina remembers on, "Christmas eve last year we set up a search party and instead of being in bed...after we did cookies with my daughter, I got dressed, there were several people in this room who helped me--we went out." Stella's owner Shannon Coleman-Hall who was there for the surprise gathering told Gina,  "It's unreal, unreal, absolutely unbelievable there are people like you in the world."

If you want to visit Gina's Facebook page here's the link below: