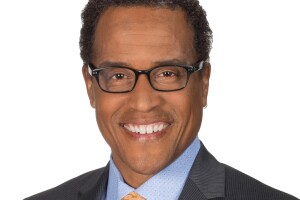 Kurt Williams is an anchor here at News 3.

His broadcasting career began at Georgia State University’s WRAS Radio where he worked as News Director. While class work and News Director duties took up a lot of his time Kurt didn’t think it was enough so he also took on duties at community radio station WREG as well as Cable DeKalb, an Atlanta community affairs channel.

At that time, Kurt also took on an internship at WXIA-TV that eventually turned into his first paying job in television at the assignment desk.

From there, Kurt moved to Chattanooga, TN where he worked as a Producer, Weekend Anchor, Reporter, Editor and Prompter Operator, often all in the same day, for WDEF-TV. Kurt then came to your News 3.

As you may have noticed Kurt is a bit of a workaholic but as he says “you have to be in this business.” And that’s exactly the advice he passes on to anyone interested in a career in television news, saying “get as much experience as you can, work at your school newspaper, radio station, TV station, run the church video camera, do internships and make sure you master your grammar, geography and speaking skills, oh yeah and read the newspaper every day.”

In his spare time Kurt likes to hang out at the beach, go fishing and lift weights.
He lives with his wife and three daughters in Virginia Beach.