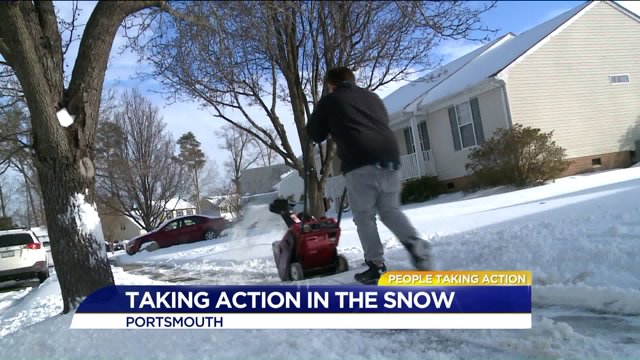 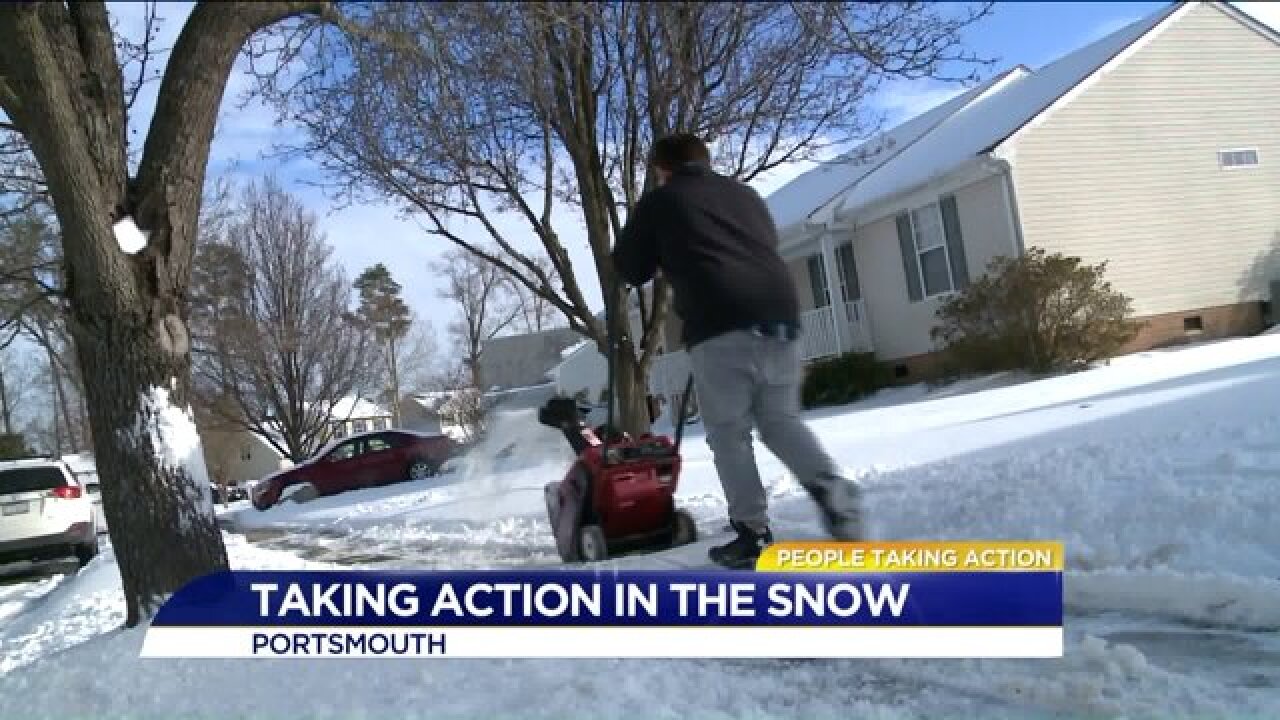 PORTSMOUTH, Va. - He's only in the 4th grade but 9-year-old Joseph P. Worley Jr. of Portsmouth is quite comfortable using the family snow-blower.

He's been pretty busy in his Churchland neighborhood, clearing his own driveway and the driveways and sidewalks of about four neighbors.

Joseph didn't even ask some neighbors, like Debbie Boone, "He just started doing it." I asked her what that meant to her? "That he loves his neighbor."

While most kids were out having fun in the snow---not Joseph, "Because I just like to help others."

But he didn't want to get paid. His mother, Kristi Worley says she and her husband have tried to stress to Joseph---it's not always about the money, "It was about for us to instill in him you just have to help others. It's the right thing to do, to pay it forward---look out for one another."

Helping out those in need runs deep in this family.

Joseph's father is a Portsmouth police officer and he was out helping those in need on the night of the storm, but Joseph Worley Sr. says he wanted to be out helping his son. "I'm out there working the streets all weekend; I wasn't able to help him or do anything I was patrolling the streets---  to know that he was out here helping people who needed to be help, that's an awesome thing"

News 3 agrees, which is why we presented him with a News 3 People Taking Action award, along a $300 Visa gift card from our community partner Southern Bank.

Joseph was very grateful, but he truly earned it, because he will tell you---it wasn't just cold, "It was hard....because the next morning my shoulder started hurtin' real bad."