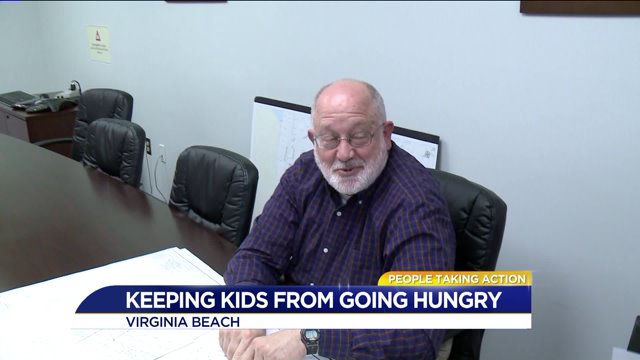 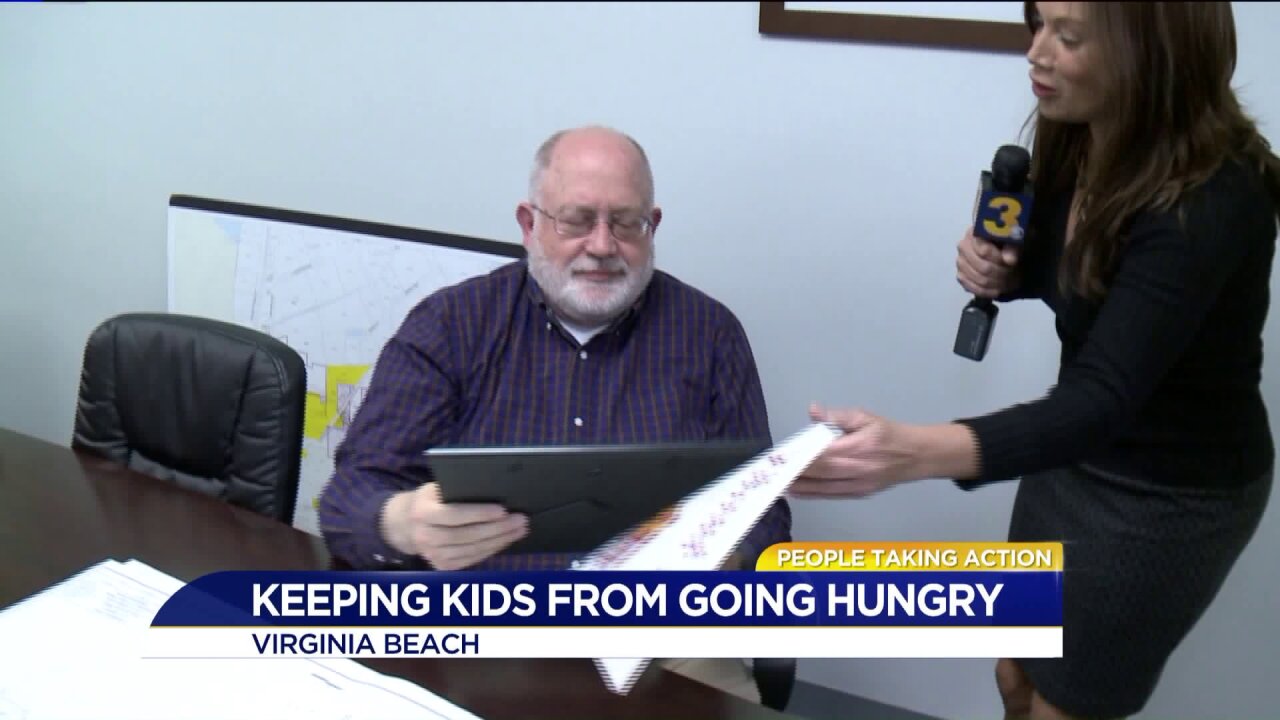 VIRGINIA BEACH, Va. - Public works engineer Jeff Waller thinks he’s been called to a meeting to give an update on a city project he’s working on.

But it was all a ruse. It was actually 'engineered' so we could give him a People Taking Action award.

So in we go into the conference room at Virginia Beach Public works. The look on Jeff's face was priceless.

“I seem to recognize some of the people you have with you? Just a few huh?” says Jeff.

He’s quickly getting the idea this is not just another day at the office as his wife, parents, son and longtime coworkers walk in with me and my cameraman.

“I’m Beverly from News 3 and we are here to give you a People Taking Action award for all that you do in the community.”

The room erupted in applause.

We also presented Jeff with a $300 gift card from our community partner Southern Bank.

And he was very grateful, “That’s huge. Thank you!”

His co-worker Drew Lankford nominated the 39-year city employee for the award for his many community service endeavors but one in particular called Beach Bags.

“Very giving, very generous with his time he’s been a real plus having around here.”

His coworkers happened to have one of the beach bags on hand.

Disadvantaged students get them on Fridays so they have something to eat over the weekend.

“For six years we’ve been packing bags and delivering them to Bayside Elementary School," says Waller. “Two lunches, two breakfasts and a couple of snacks so it gets them through.”

While the program has been around a while, the bags were only going out sporadically according to Jeff’s wife Patty who’s a beach school teacher.

“The children at our school were getting beach bags every third week or so even less than a month in some cases.”

Coworker Rick Hottenstein has worked with Jeff for 39 years and is thrilled his friend and colleague is being recognized.

“They’ve taken this on and they’re doing something about it every week because if they miss a week a child doesn’t have food for the weekend.”

Being an engineer, Waller is meticulous about how the bags look and what’s in them. He even does the grocery shopping himself.

“He wants all the bags to have exactly what the others do in case more than one goes to a home,” according to his mom Neola Waller.

And it's that thoughtfulness for which Jeff is known.