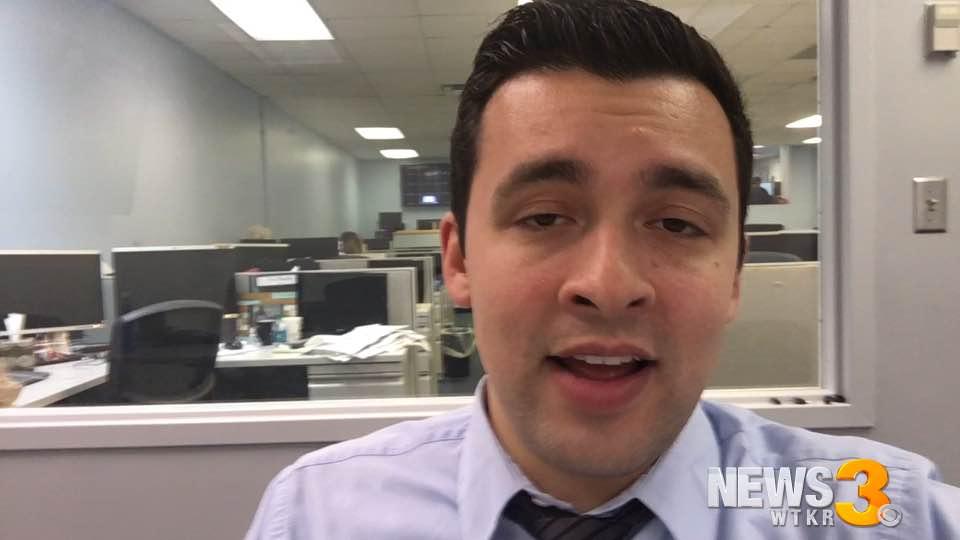 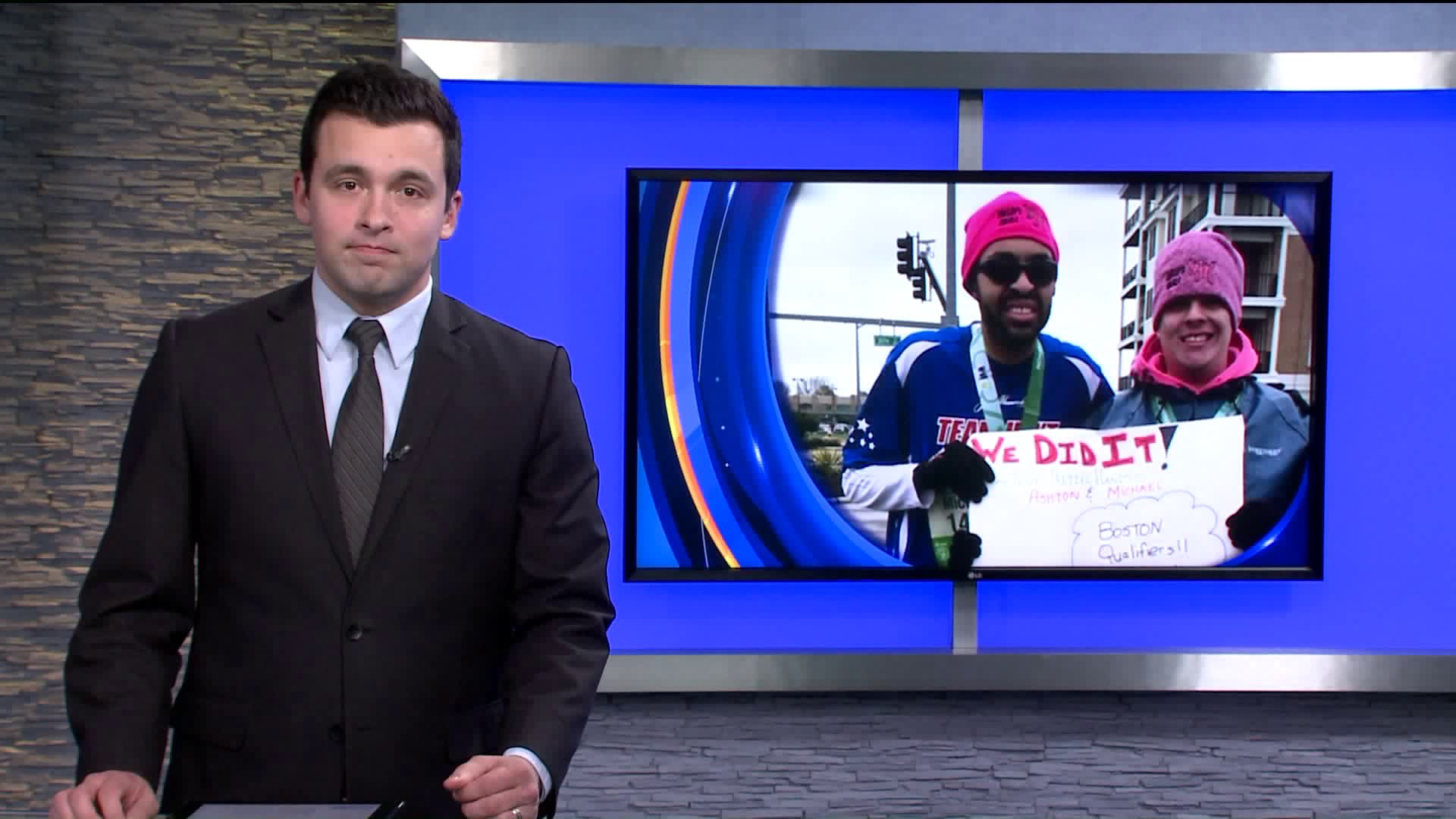 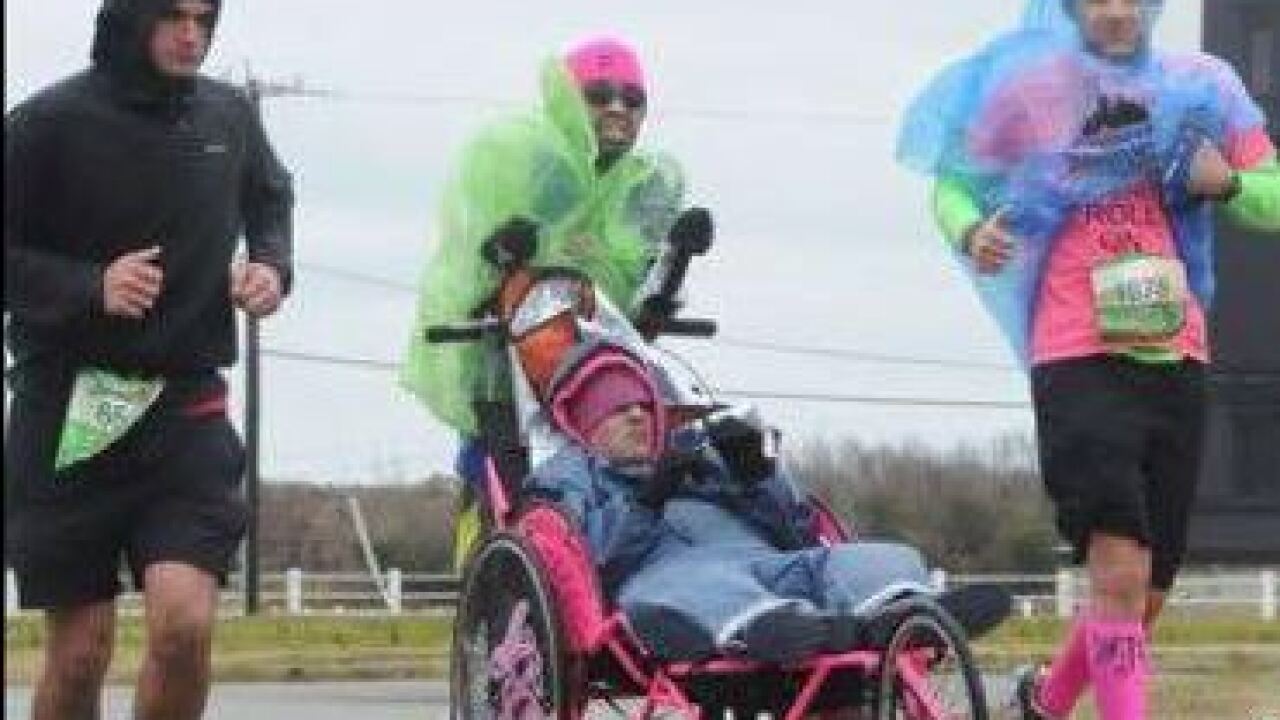 HAMPTON ROADS, Va. - Ashton McCormick and Michael Davis are one step closer to their dream of running in the Boston Marathon.

Davis, of Suffolk, is legally blind and McCormick, a senior at Western Branch High School in Chesapeake, has autism.

The two run races with Davis pushing McCormick in a running chair because, as McCormick's mother tells News 3, her son is not able to run the 26.2 miles it takes to complete a marathon.

Last weekend Davis pushed McCormick in the Shamrock Marathon in Virginia Beach and finished with a qualifying time for the 2018 Boston Marathon, which they are now waiting to apply for.

"I've wanted to push for Boston for awhile," said Davis. "I think it would be cool to be the first blind runner to run and push in the race."

With the help of a guide Davis has run the Boston Marathon on his own three times. The first was in 2013 when he was stopped a 1/2 mile from the finish line because two bombs went off. Davis returned and finished the following two years.

He's now set his sights on 2018 and he wants it to be a team effort with Ashton.

"I thought watching them cross the finish line at the Shamrock qualifying for Boston was amazing so I can only imagine what watching him cross the Boston Marathon line will be like," said Jennifer McCormick, Ashton's mother, who says racing has done wonders for her son.

"When he gets that medal at the finish he's the winner and that's all that matters to him."

Davis says running has changed both their lives.

Davis and McCormick will apply for the Boston Marathon in September. Davis says there are only so many spots for duo teams, but he's hoping they'll get the chance to race.