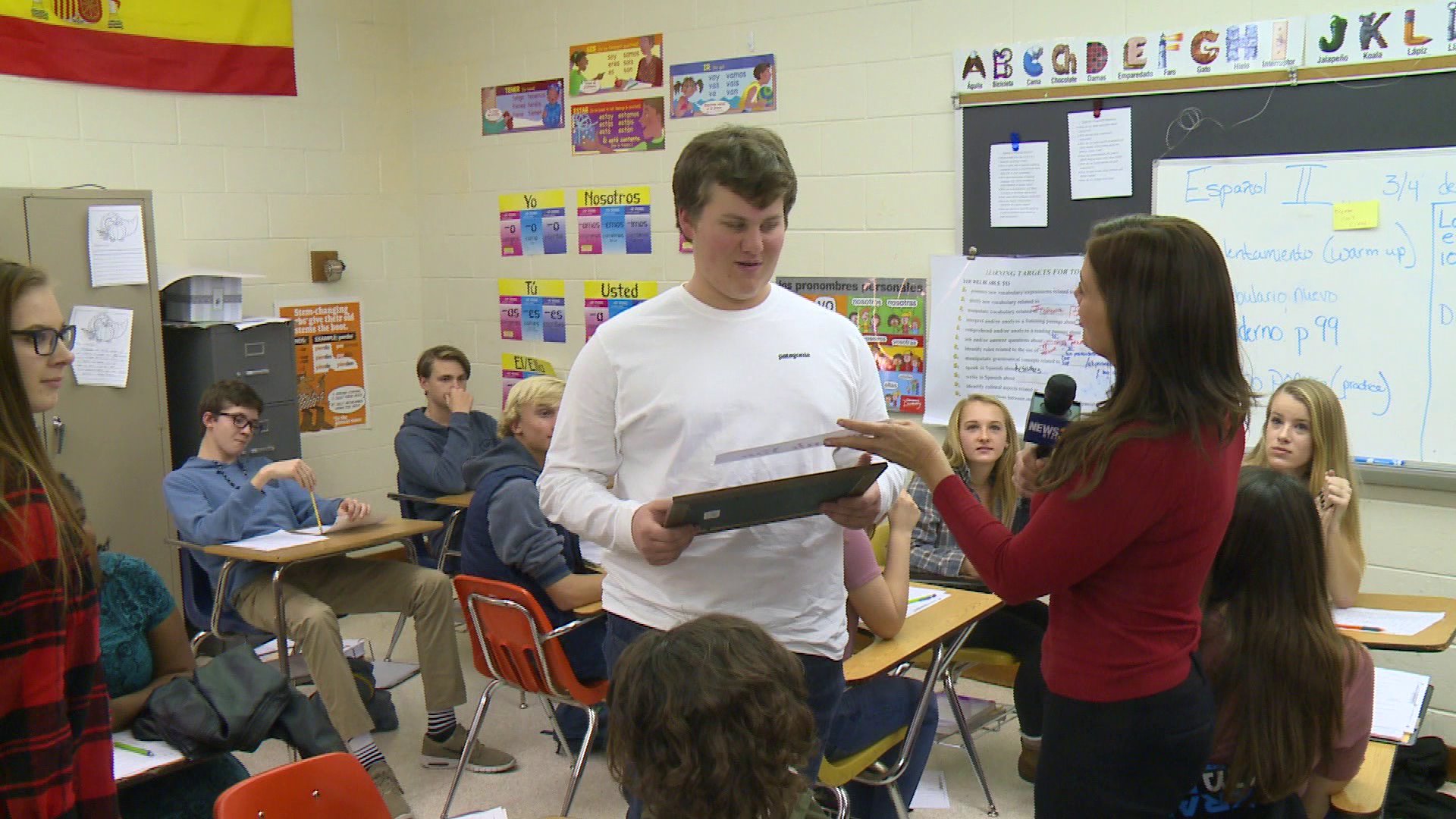 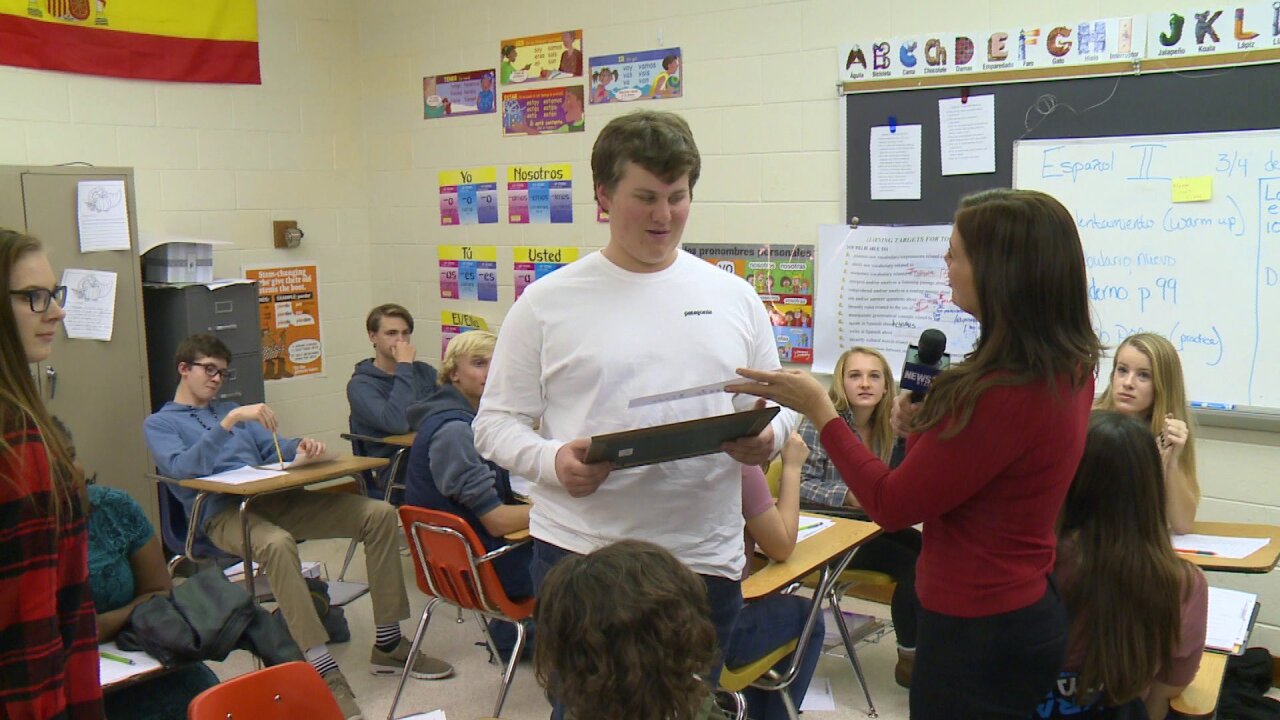 VIRGINIA BEACH, Va. - While most of our People Taking Action Award winners are adults, this year has yielded several young folks making a difference in our community.

Just before Christmas, we aired a story about a Christmas angel named Jack Mayo.

The high school freshman wanted to do something good. After hearing about country stars Faith Hill and Tim McGraw paying off a family`s layaway, Jack got an idea.

"I had always been used to waking up on Christmas morning and you knew there was going to be something there so I got the idea that we could do it here and they could have a nice Christmas."

So he and his family went to the Virginia Beach Toys "R" Us and with the help of employees, picked a family who had been paying a little at a time on their layaway.

With money he earned from doing chores and babysitting he paid off the family`s layaway.

So we honored Jack for his thoughtful gesture.

News 3 decided to sneak up on him in Spanish class at Cox High school for a surprise.

"Is there a Jack Mayo here? Can you stand up Jack? Hello I`m Beverly with Channel 3 we are here to give you a People Taking Action award."

"And our partner Southern Bank would like to give you a $300 dollar gift card. Congratulations!"

The whole classroom broke out in applause!

It's clear Jack was pretty surprised but his teacher and classmates were not shocked at Jack`s generosity.

Friend Sarah Spear had this to say, "He`s really nice I`m in his English class also he`s very giving he helps me a lot when I need help."

And its obvious Jack`s giving spirit is not just reserved for the holidays.