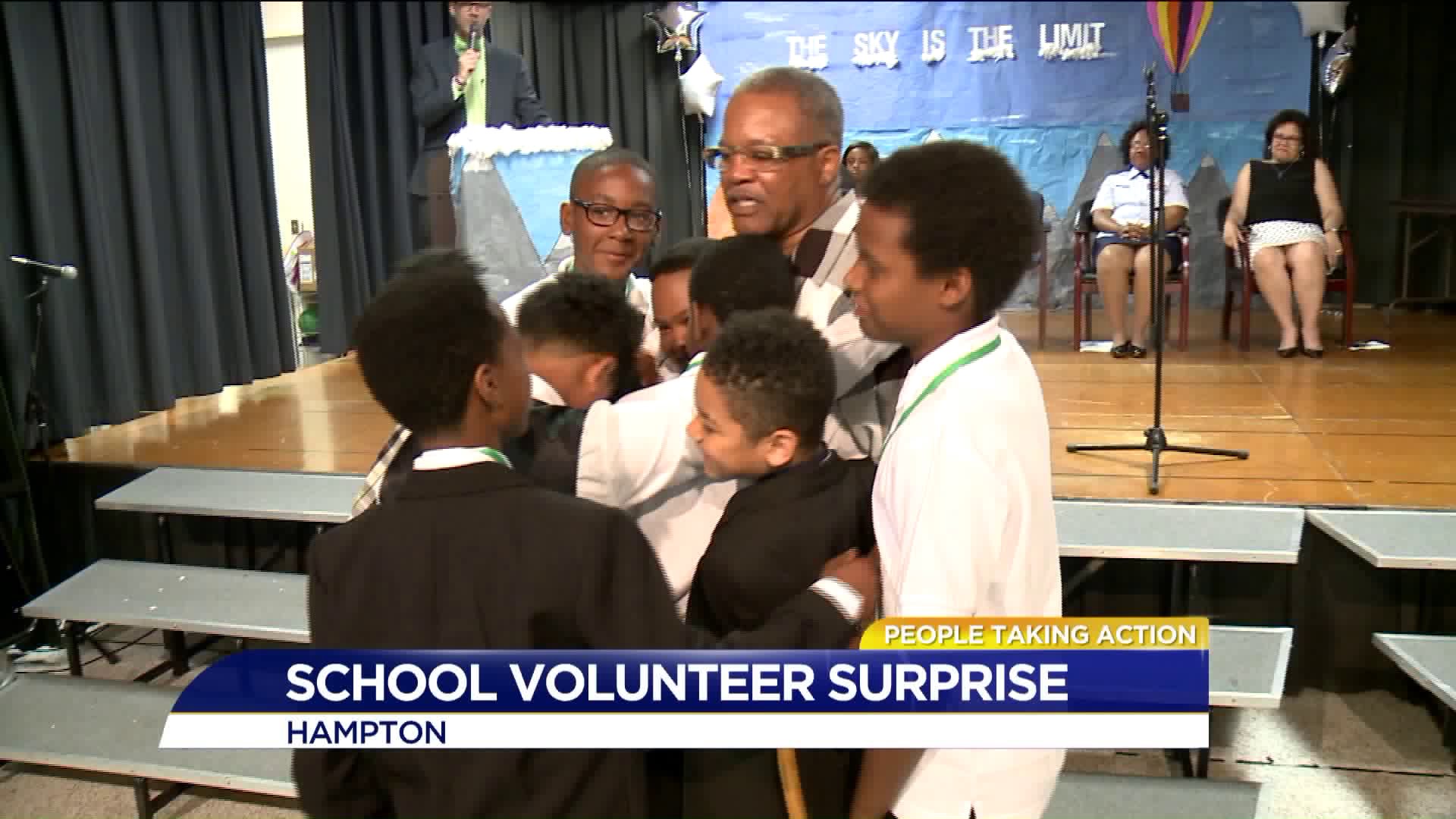 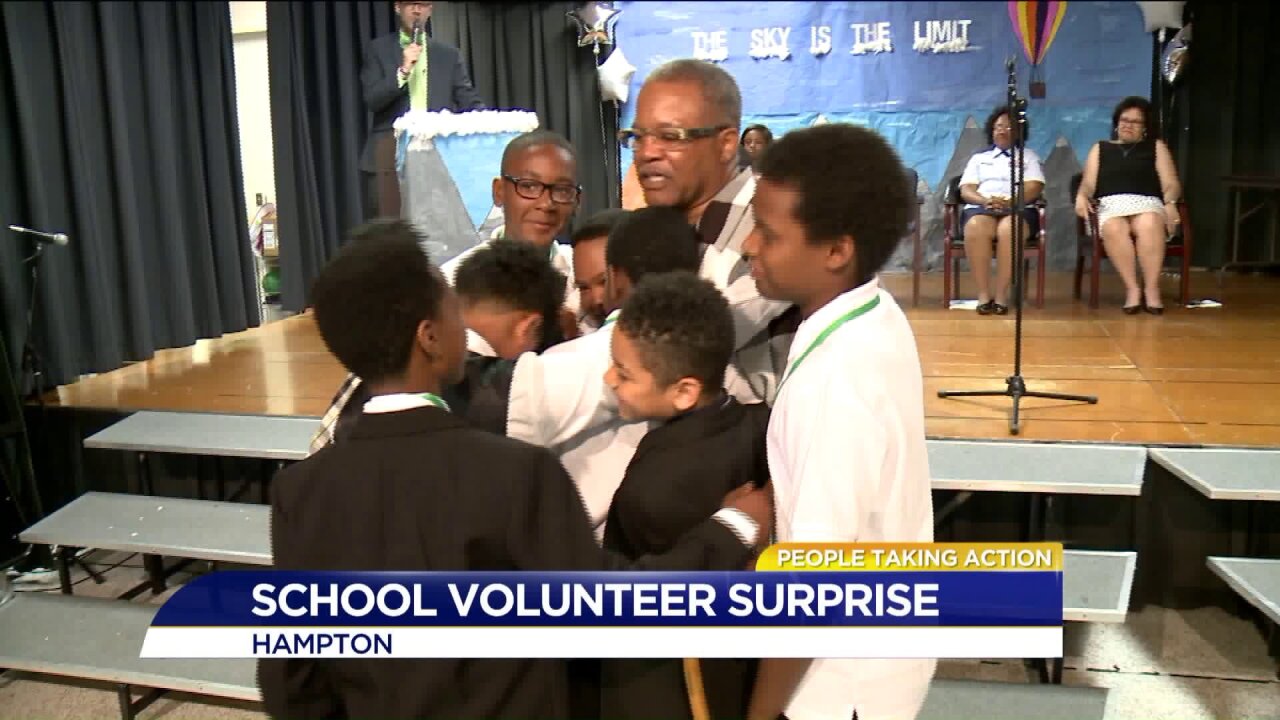 HAMPTON,  Va. - School is out! But before the kids at one local elementary were sent home for the summer break---a surprise!

It was a special day at Hampton's Bassette Elemetary School---celebrating fifth graders moving onto middle school.

And one fifth grader in particular, Savion McCowan, wanted this day to be special for someone else as well.

So the school staff allowed News 3 on stage to call up Savion who had nominated a special volunteer, Norman Crowder.

Here's a portion of the email Savion sent News 3 about Crowder, "He loves working with us. He makes us laugh, but he is serious at the same time. He listens to what you have to say and tries his best to understand and talks to us about our dreams and what we think we can do in life. "

It was on a regular basis that Mr. Crowder would come into the hallways of Bassette Elementary and pull students like Savion out of their classrooms and meet with them and talk with them about their grades or just how things were going on in their lives.

For those reasons he was presented with a News 3 People Taking Action award, along with a $300 Visa gift card from our community partner Southern Bank.

Mr. Crowder was genuinely touched,  "Wow! You know I really didn't expect anything like this....I got tears too man,  but truly I just enjoy what I do....working with our young people, because it's all about changing their lives."

Savion's mom Stacie McCowan-Forbes was not surprised he wanted to honor this volunteer., "Savion is just a good kid in general. He's the type of person, if he sees a homeless person on the street, he wants to give him food or wants to get him clothes, so it's just him."

And his dad Kyle Forbes was not surprised at how determined Savion was in contacting News 3 to make this presentation,  "He's persistent at home so he'll be persistent with you."

The recognition from Savion meant the world to Mr. Crowder and had him fighting back tears when thinking about the student's email to News 3,  "It touched me...and it really touches me right now to think about it...receiving this award."