Vigil for 13-year-old who died at local beach

"If I was crying about something he would come around and put his arm around me, "I guess God made him special that way," she said. "I don't know how I'll go on living my life differently without him"

Shetterly says she was home recovering from knee surgery Friday when Chad went swimming with other family members at Gloucester Point Beach.

That's the day he disappeared. His body was recovered Sunday morning.

Shetterly tells News 3 her son had taken off his life jacket which he was supposed to wear because of his epilepsy.

She describes Chad as a boy who loved anything with a motor in it.

"Chad didn't have an enemy in the world. He was really loving and sweet," she said.

Chad Shetterly's twin sister, Tara, says the two would share snacks and were getting ready to enter 8th grade at Page Middle School.

"I just wish I had another day with him to hug him and kiss him again," said Tara Shetterly.

But now -- plans for a funeral.

Two GoFundMe pages have been set up to help the Shetterly's with the costs.

You can find them HERE and HERE.

Monday night, family and friends surrounded colorful rocks spelling out Chad's name in the sand at Gloucester Point Beach, where Chad went missing. The vigil was put together at the last minute, by family friend Amanda Robbins, who said she grew up with the family. 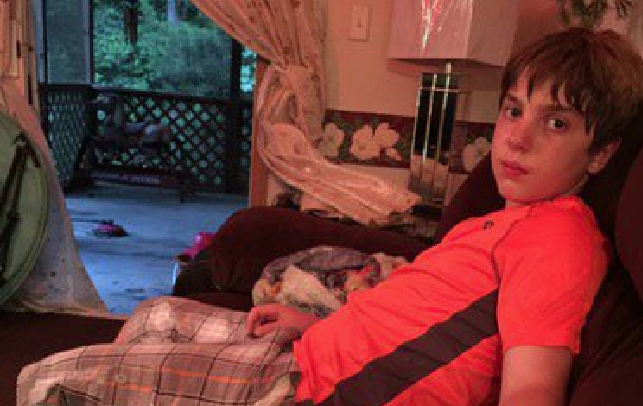 "It makes me happier they’re happier. I know it helps them versus having it shown on Facebook, having it in shown person how much support they have," said Robbins.

The Shetterly family and their pastor released oils into the water, calling it Chad's final resting place.

"Words cannot even express my gratitude," said Cynthia Shetterly. "That is the best gift and blessing I have ever had. The community is absolutely great and supportive."

Now, Shetterly has one message for other parents who have children with epilepsy.

Shetterly says what keeps her going is knowing her son is no longer suffering from seizures and epilepsy.