Hike For Hope: Getting help for our military battling PTSD

VIRGINIA BEACH, Va. - You could say Joe Riddle is on a mission.

He is gearing up to lead a small group on a grueling hike in North Carolina---this training at Virginia Beach's  First Landing State Park is part of the prep work.

The reason they chose the park is because they believe the hilly type of terrain in certain areas will help best prepare them for what they're going to run into when, later this month, they hit that trail in the Joyce Kilmer Memorial Forest. There will be 20 miles of this trail. That number 20 is significant--Joe says it's symbolic, since they're doing the hike to draw attention to the 20 veterans who die each day from suicide, according to the Department of Veterans Affairs.

Joe says their training on this day involves putting on vests filled with weights, "So there's about 20 pounds in here right now... so it's not crazy heavy, it's not super light either.  But it approximates the weight of our packs on the trail which is why we have it on today."

They are carrying 20 extra pounds while running up and down steep hills, dropping to the ground doing pushups, plus doing air squats and an exercise called bear crawls.

Joe, who oversees Wave Church's military ministry says  they are trying raise awareness about the church's effort to launch a special ministry for former and active duty military members suffering with post traumatic stress disorder, "Well I've never had the honor of wearing the uniform, but I have enjoyed the freedoms it offers, so I have a part to play  to help them on the home-front."

Todd lamb, who's former Navy--had a military buddy battling PTSD, "I mean he was messed up, almost cost him his marriage, he's got 3 kids--it was rough. It took a lot for him to come back."

It's one of the reasons Todd is taking part in this effort.  But he's well aware there's a reluctance by some to get help, "Even if you get told, 'hey this isn't going to impact your career. we want you to get help', in the back of your mind as an active duty service member, it's like hey, I've got a job to do. I want to go do this--I don't want them to take this away from me."

Joe stresses they are ready to provide help,  "So we want people to know Wave Church is a safe place where you can find people who will lift your arms and we'll walk with you one mile. We'll walk with you two miles--we'll walk with you as far as you need. They don't have to give us their name,  but they can let us know as much as they are comfortable with letting us know and we can stop and help steer them in a direction to get help for themselves, a friend, a family member, whoever. You always have a swim buddy, as they say in the Navy. You always have your battle buddy; you have that person who walks in step with you and we're not going to let people fight this fight alone." 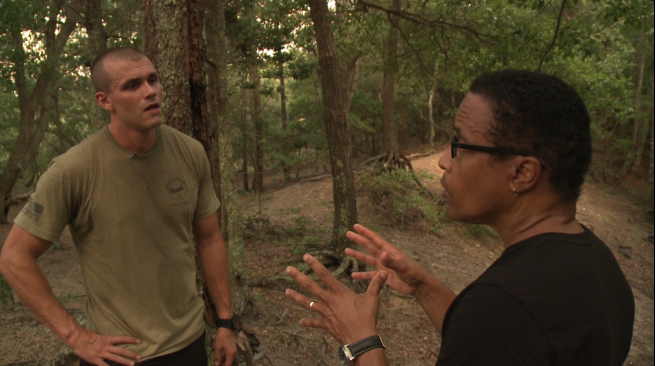