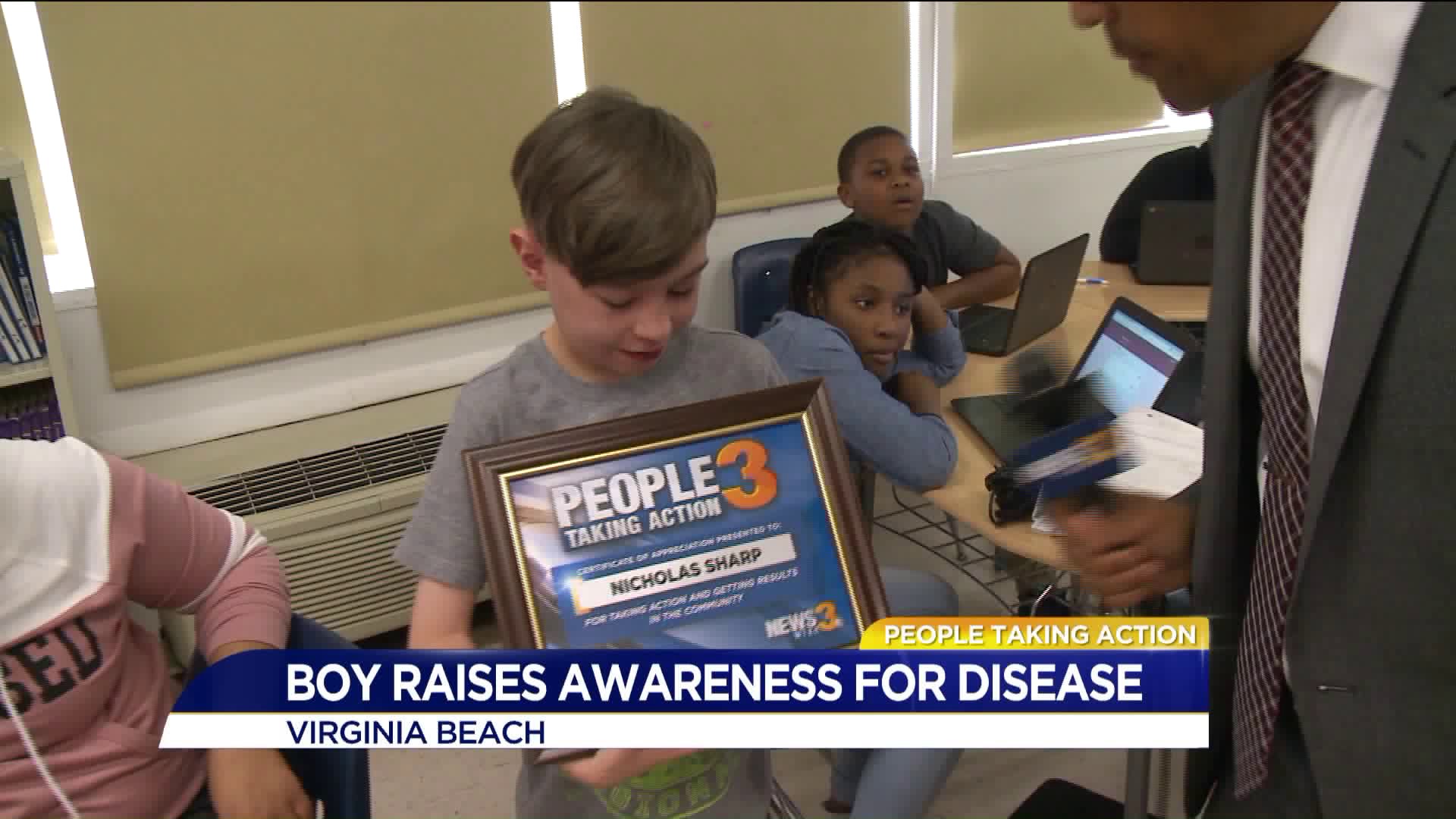 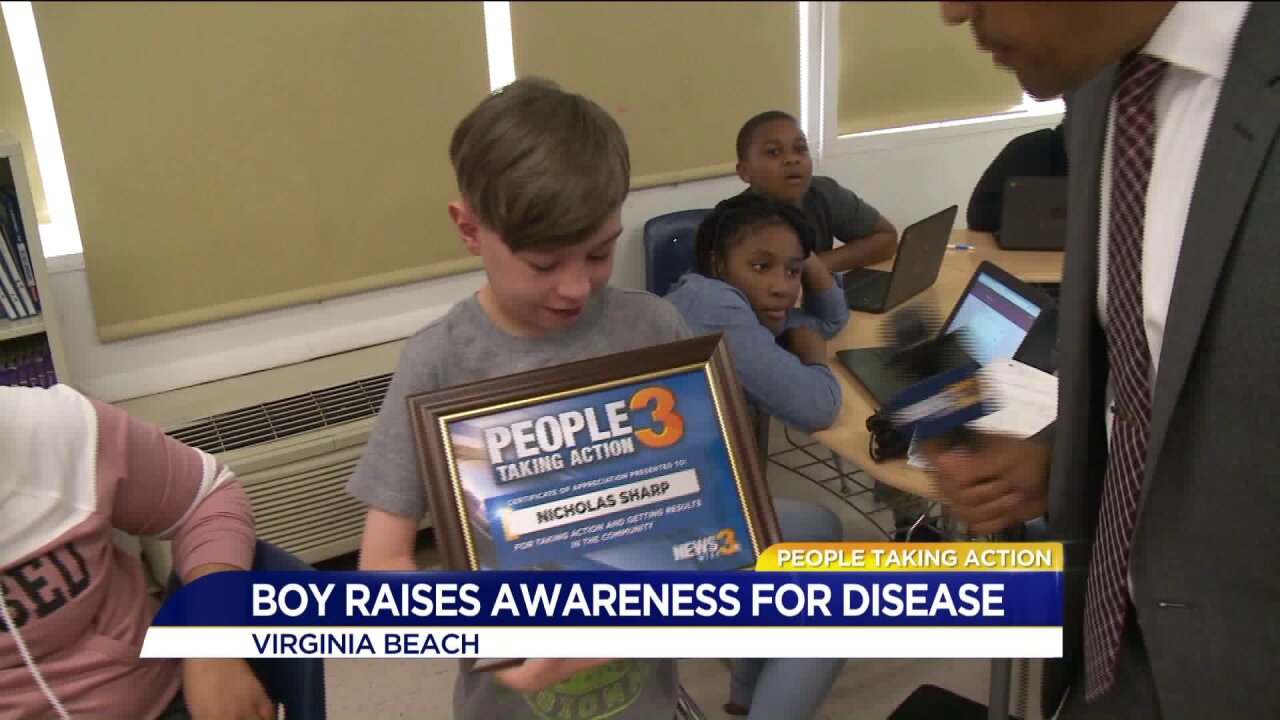 VIRGINIA BEACH, Va. -Twelve-year-old Nicholas Sharp seems like your average kid at Bayside's 6th grade campus. But  he has been in and out of the hospital since he was born. Nicholas has pulmonary hypertension and he's trying to raise awareness about it, "It's a heart lung disease, that makes it harder to breathe and has a lot of weird side effects."

He has shared with fellow students how it limits what he can do, like during p-e, according to the school's principal Camille Harmon, "It was something private and courageous and according to the p.e. teacher, the students received it very well. They were very compassionate and sympathetic and they definitely have a different outlook now."

Nicholas didn't stop there; he wrote a letter to his councilman. We had him read a part of it, "Dear Councilman Moss,  Hello my name is Nicholas Sharpe...I was writing you today to ask if we could make November Virginia Beach's official Pulmonary Hypertension awareness month....it's important to me to spread awareness so that people get diagnosed sooner."

And for helping spread that awareness, News 3 presented Nicholas with a News 3 People Taking Action award--and a $300 Visa gift card from our community partner Southern Bank.

Nicholas' mom, Nicole Sharp, fought back tears as she described what she hopes will be the impact of her son raising awareness, "Really truly, deep down inside, I hope that people who haven't been diagnosed with this disease that have it, they can get diagnosed sooner, because there is no cure and it is life threatening."

She adds, Nicholas' condition is stable right now and that they're managing his condition with 10 different medications, as they work to have him live an active as life as possible. They do stress that sometimes this disease is misdiagnosed in it's early stages as asthma.