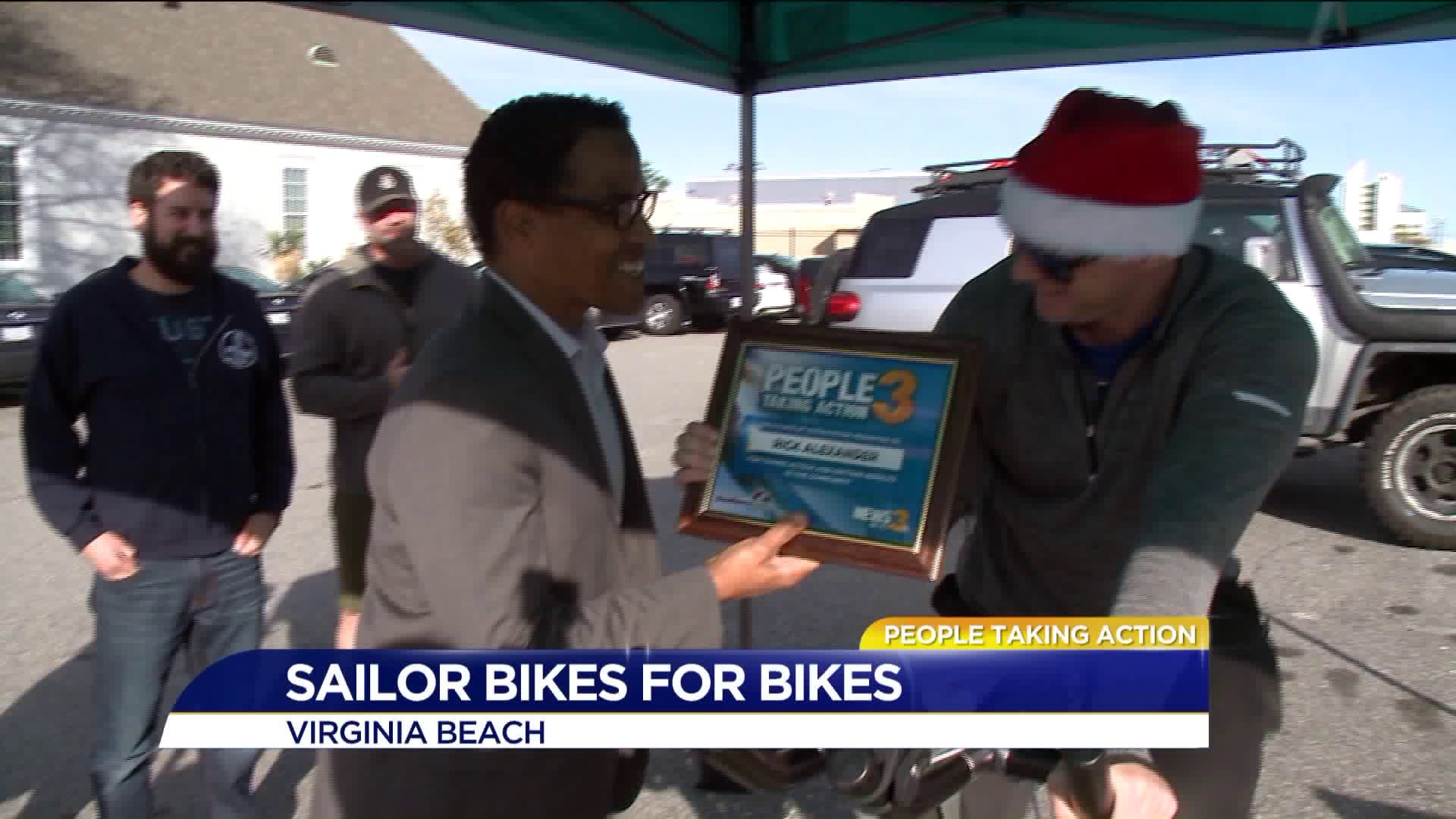 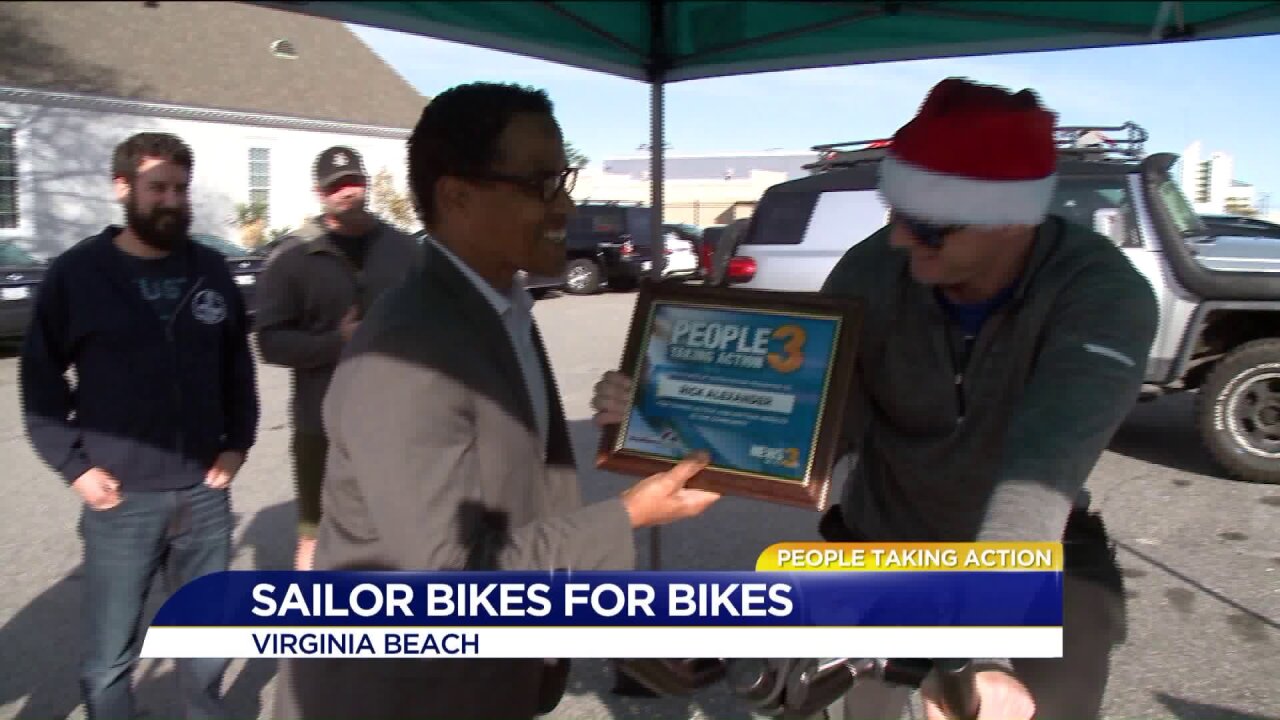 At this moment, Rick Alexander has been pedaling on a stationary bike for five hours; he is not just getting in a lengthy cardio work-out.

"The plan is to continue riding this bike until we raise enough money to buy  100 bikes for kids in Hampton Roads," he said.

That is this Navy sailor's goal. On this day he started it at 9 a.m. on this stationary bike.

"I'm gonna be honest, I didn't train for this.  I just decided to do it," Alexander said.

He set up his holiday fund-raising project in the parking lot of 1701 Baltic Avenue in Virginia Beach, right outside a business, which includes Fathom Coffee, and that owner agreed to provide free java to folks who stopped by to donate, like Monica Ward.

"I support as many efforts as I can,  especially individuals doing something that's within their calling," said Ward.

Rick is active duty Navy and his command gave him the day off to do this fundraiser. If all goes as planned, next month - a week from Christmas - he'll be giving away 100 bikes to needy kids in Hampton Roads. He has help with the logistics.

"So through the Salvation Army, they have a distribution center.  They have a program where parents can apply and so we've chosen a 100 families through them, and the goal is to bring health and fitness to under-served populations," he said.

Rick also remembers when he was a child and got a bike for Christmas.

"I can only imagine that the happiness, the elation I felt, is gonna be recreated and hopefully if I can change the path of even one of these kids, obviously that would be worth it," he said.

Rick partnered with Huffy bikes. He says the company agreed to provide bikes at a cost of 42 bucks a piece - meaning he needs to raise $4,200 to achieve his goal. And within a day, Rick reached the magic mark.

For what he's doing, News 3 presented him with a People Taking Action award, along with a $300 Visa gift card from our community partner, Southern Bank.

Rick was thankful, but stressed; he's just trying to make a difference.

"If you're able and you can change the path of somebody or make it a great Christmas for someone you don't know, I think that's what community is all about, right?" he said.