Alabama voters to make a decision on Roy Moore 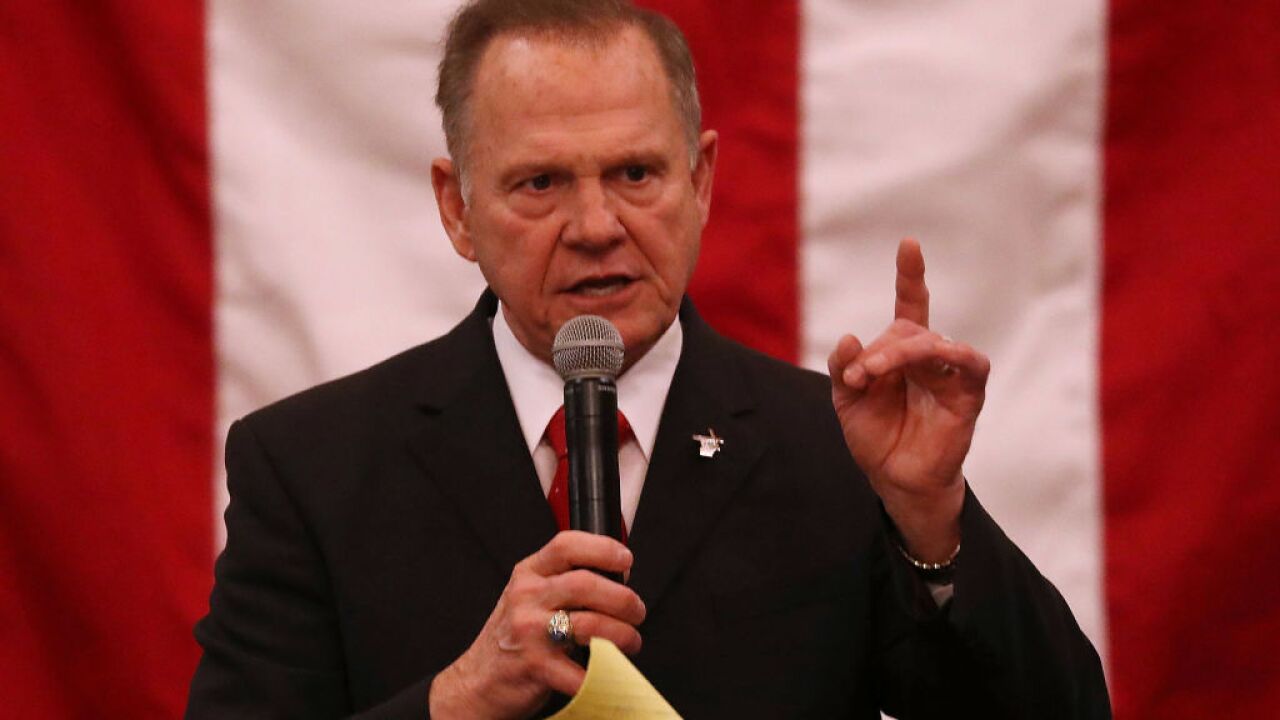 On Tuesday, Alabama voters will deliver their verdict on Roy Moore.

Twice ousted as state Supreme Court chief justice, criticized nationally for opposing the rights of LGBT Americans, Muslims and women, and accused of pursuing sexual relationships with teenage girls while in his 30s, the Republican could still be in position to win a Senate seat in the special election to replace former Attorney General Jeff Sessions.

Moore faces Democrat Doug Jones as the nation watches the end of a contest that has roiled the Republican Party and dominated the national dialogue.

Here’s what to watch:

Even before the allegations of pursuing sexual relationships with teens, Moore was the most controversial major-party Senate nominee in recent memory.

He was booted as an Alabama Supreme Court chief justice for refusing to remove a two-ton statue of the Ten Commandments he’d ordered placed on state property. He was elected back to the job, but ousted again in 2016 for refusing to institute the US Supreme Court’s decision legalizing same-sex marriage.

Moore has said being gay should be a criminal offense. He’s said the United States would have been better off stopping at 10 amendments to the Constitution — ignoring the reality that those abolishing slavery and establishing the voting rights of women and minorities came later. And he’s said Muslims (such as Minnesota Rep. Keith Ellison and Indiana Rep. Andre Carson) should not be allowed to serve in Congress.

On the trail, Moore campaigns aggressively against transgender rights.

In recent weeks, several women accused Moore of pursuing sexual relationships with them while they were teenagers and he was in his 30s. One was 14 at the time. Others have alleged that Moore sexually assaulted them.

Tuesday’s election will gauge whether any of that matters — or whether Alabama’s evangelical base and his party label prove more important.

The tradeoff for national Republicans is fairly clear: If Moore wins, he’s a reliable vote in a Senate that’s split 52-48 — which could pay off on tax reform and more. He could also be a lasting headache that could taint the party everywhere.

The Republican who thinks it’s all worth it: President Donald Trump.

Moore and his allies — most notably former White House chief strategist Steve Bannon — have attempted to turn the race into a choice for the Republican base between the popular Trump and the unpopular Senate Majority Leader Mitch McConnell.

Trump held a campaign-style rally in Pensacola, 25 miles from the Alabama border, on Friday night, and repeatedly tweeted his support for Moore, saying Jones is weak on immigration, national security and would vote against the GOP tax bill. The President has also questioned the credibility of Moore’s accusers and cast Jones — who made his name prosecuting two Ku Klux Klan members for a Birmingham church bombing that killed four African-American girls — as soft on crime.

If Moore wins, it’ll give Trump a firm claim on control of the Republican Party, its base and its message headed into the 2018 midterms. He will undoubtedly seek credit for helping the controversial candidate over the top.

But he has a lot to lose as well should Moore fail. It will be evidence a scorched-earth campaign doesn’t guarantee a GOP win, and a reminder for Republicans that the President with only a 32% approval rating can be a major drag on their re-election chances in 2018.

In a sign that Trump hasn’t swayed all Republicans to vote for Moore, the state’s senior senator, Richard Shelby — the last Democrat elected to a Senate seat from Alabama, in 1992, before he switched parties — said Sunday on CNN’s “State of the Union” that he didn’t vote for Moore.

Why? For the reason Moore’s campaign fears: the sexual allegations.

“I think, so many accusations, so many cuts, so many drip, drip, drip — when it got to the 14-year-old’s story, that was enough for me. I said I can’t vote for Roy Moore,” Shelby said.

3. Did the massive (but quiet) national Democratic operation work?

Former President Barack Obama cut a robocall for Jones that went out Monday. It was a boon to the Jones campaign’s efforts to turn out African-American voters — but to hear the candidate tell it Monday morning, the whole thing was a mystery.

“The only robocall I know about for sure is the one from my wife,” he told reporters at a Birmingham diner.

That’s how Democrats played the entire special election in Alabama.

A shadowy super PAC called Highway 31 pumped more than $4 million into the race to support Jones without disclosing much about its origins. On Monday, Politico reported that it was a joint project of the Senate Majority PAC and Priorities USA Action, the two massive national Democratic super PACs.

Jones’ campaign was even shy about its focus on turning out African-American voters, who make up 27% of the state’s registered voter pool and on whom Jones is counting on a massive turnout.

New Jersey Sen. Cory Booker and civil rights icon Rep. John Lewis of Georgia led a weekend of high-profile surrogate events through the state. But Jones’ campaign, aware it needs at least around one-third of white voters’ support to stand a chance, insisted that it was equally concerned about turning out voters of all ethnicities.

If it works, it could give Democrats some new tactics to use when its candidates find themselves in close races in reliably red states where the national Democratic brand would alienate voters.

4. As Mobile goes, so goes Alabama?

There’s a reason Trump’s event was in Pensacola, and Moore closed his campaign with big rallies in Fairhope a week from election day and Midland City on Monday night: They’re all in the Mobile media market.

The region is home to scores of more affluent, moderate, business-type Republicans — that is, those most likely to abandon Moore and vote for Jones, write in someone else or stay home altogether.

If Jones is going to win, he can’t rely purely on turning out his base and hoping Republicans stay home. He’ll need some white, conservative supporters, and the Mobile region is his best chance to win some.

Those are the voters Moore’s supporters have targeted with a message that the election is a referendum on Trump’s agenda.

“It’s an up-or-down vote tomorrow between the Trump miracle and the nullification project,” Bannon said Monday night in Midland City.

The Moore campaign did Bannon a massive favor by leaning on him as the leader of the army of “deplorables.”

If Moore wins, Bannon will get a lot of the credit — even though his engagement in the Alabama race lasted just about four months, while Moore has been a public figure and controversy magnet in the state for nearly four decades.

Bannon envisions Moore’s defeat of Sen. Luther Strange in the primary — and, he hopes, subsequent victory — as the first of many dominoes to fall in the 2018 midterm cycle.

The whole thing could give the GOP establishment a huge headache — and a Moore victory would lend Bannon’s grandiose plans some credibility. A loss could send Republicans back to the drawing board in search of new ways to handle the reality of an unpopular president leading their party.