The Force is with them: Hampton Roads’ biggest Star Wars fans excited for “The Last Jedi”

VIRGINIA BEACH, Va. - When you walk into the home of Terry and Michelle Wiggs, the first thing you'll notice is the life-sized Darth Vader next to their front door.

Then, you might notice the movie posters and entertainment center covered in memorabilia from 'a galaxy far, far away.'

You might say Star Wars has been the glue in Terry and Michelle's relationship since they began dating more than two decades ago.

"That was the first question he asked me (on our first date) was, 'do you like Star Wars or Star Trek?'," Wiggs said. "Had I answered that one question wrong, we would not be sitting right here."

For Michelle, her love of Star Wars came when she was a child seeing the first movie in theaters.

The Wiggs' love for Star Wars has taken them to Indianapolis and Orlando for the annual Star Wars Celebration event.

They also purchased a 3-D printer a couple years back and now create helmets, lightsabers and even a life-sized model of R2-D2.

With "The Last Jedi" premiering Thursday night, Wiggs says she's hoping the movie will answer some lingering questions from 2015's "The Force Awakens".

"Who is Rey's dad?! I have to know," she said. "There are multiple schools of thought in this home." 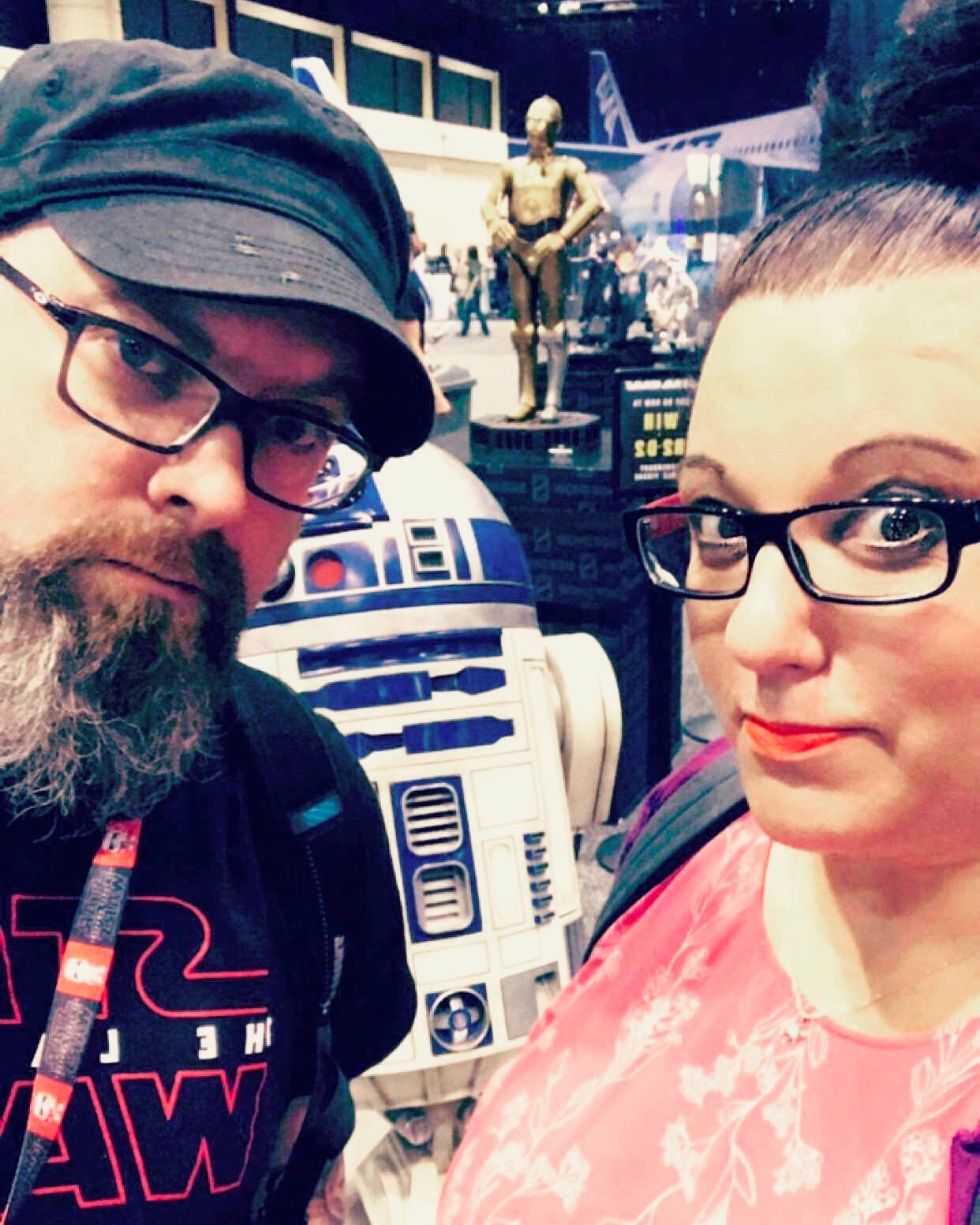