VIRGINIA BEACH, Va. - It's February and throngs of people are on the beach running for the water - including some familiar faces from News 3!

There's only way to explain this behavior: It's the Polar Plunge benefiting Special Olympics Virginia. Each year it draws thousands to the oceanfront for a quick dip in the chilly Atlantic. 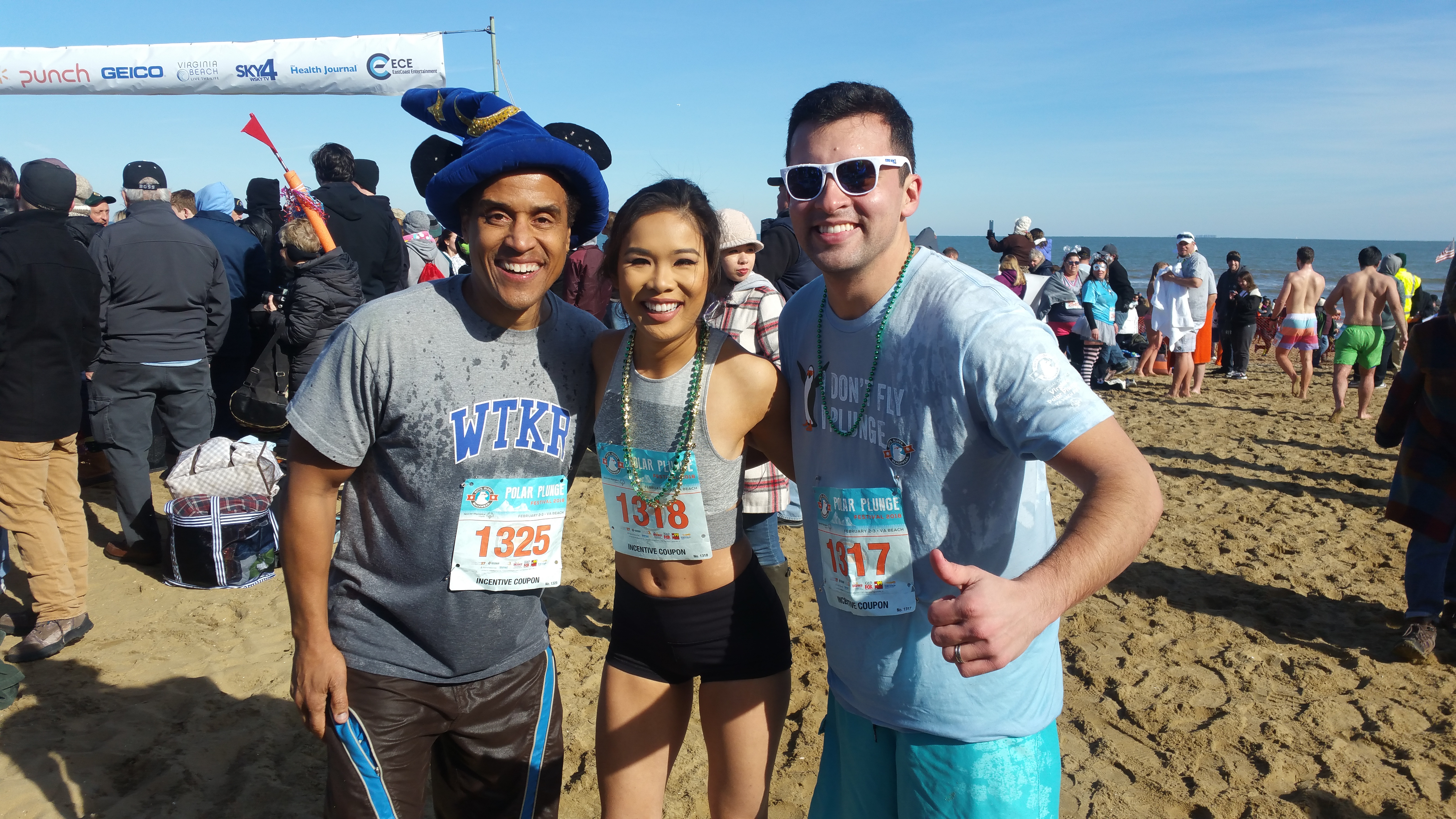 Coordinators with the Special Olympics Virginia, like Holly Claytor, are well aware the air and water temperatures were in the 30s for this past weekend's plunge.

"For this event in particular, safety is a top priority, and we want everyone to get in and out safely and have a great time, so the divers really are a key support to that happening," Claytor said.

The divers, dressed in protective gear, formed a barrier and were poised for any rescue needed for both plunges: when local students hit the water on Friday and the following day for the main plunge.

News 3 caught up with the rescue divers at a safety briefing before the plunges got underway to surprise Ben Dorbin, now in his third year organizing the rescue divers who all volunteer and come from about a dozen local dive teams.

News 3 presented him with a People Taking Action award and a $300 Visa gift card from our community partner, Southern Bank. Ben was very grateful and said he really enjoys helping out.

"It's fun to see all the plungers, and they're out having a blast and to be a part of it is really fun and to help out Special Olympics.  It's an important event for an important organization," he said.

News 3 agrees with so much, which is why we're honored to be a media sponsor and help take action for an amazing organization!