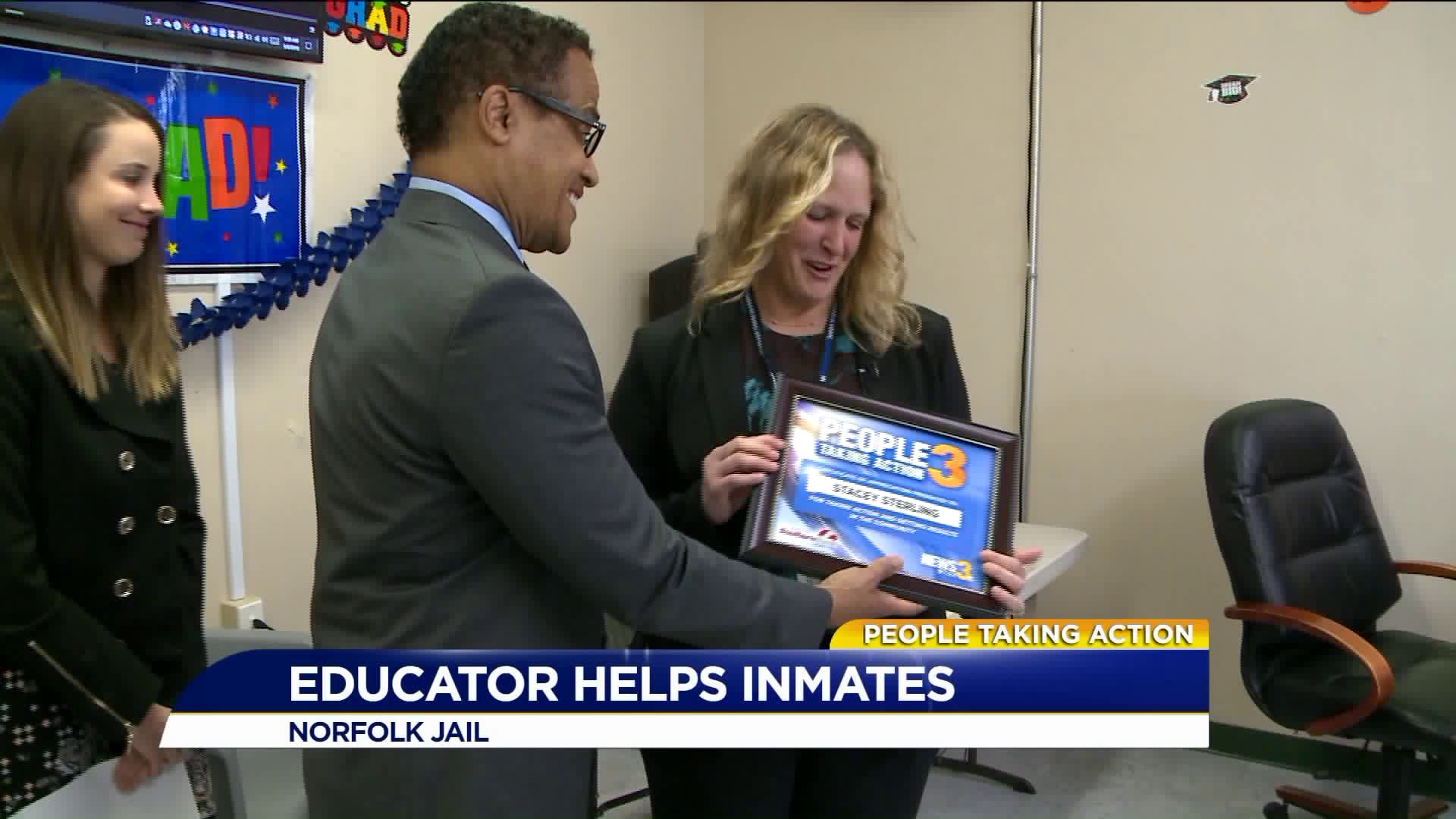 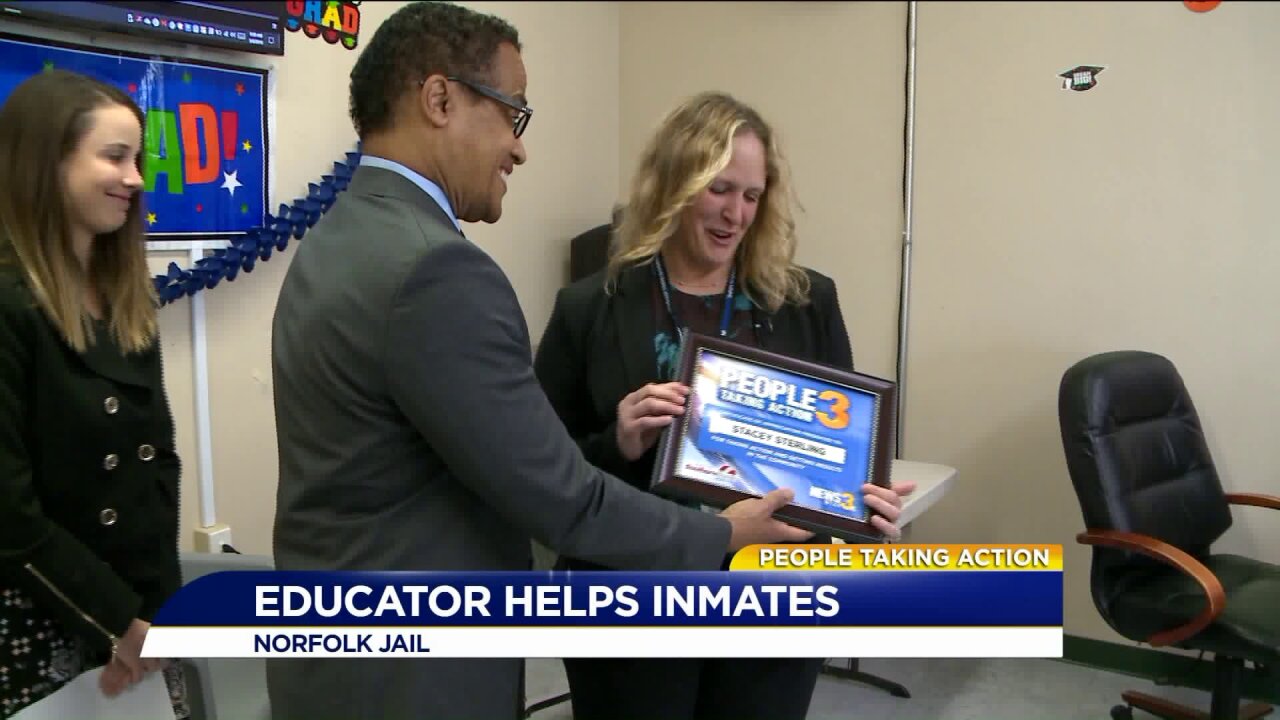 NORFOLK, Va. - She's a special local educator who doesn't teach in your average classroom, so in order to present this People Taking Action award, News 3's Kurt Williams had to go to jail.

The surprise was unfolding at the same time as a special ceremony for Norfolk Jail inmate 21-year-old Shakir Holley, who was getting his GED.

He credits Stacey Sterling.​ She had been in Norfolk Public School classrooms for 15 years, but decided to take her teaching skills to the jail three years ago. She says it was a decision that sparked questions.

"Am I scared? People always ask. When I told my mother I was coming to teach in the jail, she was like, 'Why?!' What people don't understand, this is the safest environment," Sterling said. "Nobody has ever been disrespectful. I've never been scared. I've never been cussed out."

Sterling says it's a great feeling when she can present a general education diploma to a student in the jail.

And while Sterling thinks we're only at the jail for the GED ceremony, that's not the only reason. It was Norfolk Sheriff's Office public information officer Karen Pinkston who wanted News 3 to recognize the teacher's tireless efforts.

"When a teenager or young adult is incarcerated, it's a very vulnerable position and their entire future is at stake. She really puts her heart into reaching out to everyone," Pinkston told us.

Holley credits Sterling with being a big motivation.

"She just encouraged me to keep striving. She's a great teacher," Holley said.

That's why we presented her with a News 3 People Taking Action award along with a $300 Visa gift card from our community partner, Southern Bank.

She was very thankful and quick to stress that she loves her job and doesn't see the inmates as inmates, but as students.

"When I look at their educational record, I see some of them have had a rough background in school; they didn't do so well in school, they had various behavior things," Sterling said. "But I always see the person, and the person is always better than what's on paper or in the paper."

Her main mission: Not to judge, but to help give these students a better shot at turning things around.

"And it's about if they can leave here a better person than that's what - than my job has been done," Sterling said.