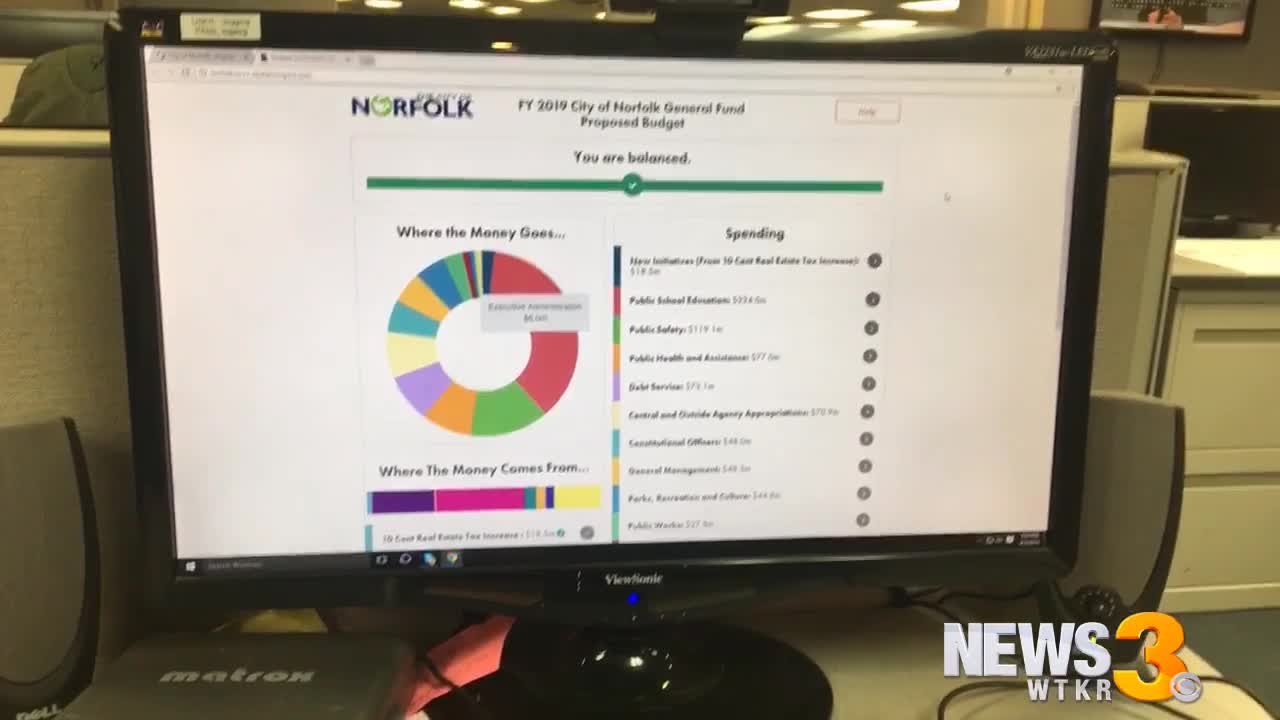 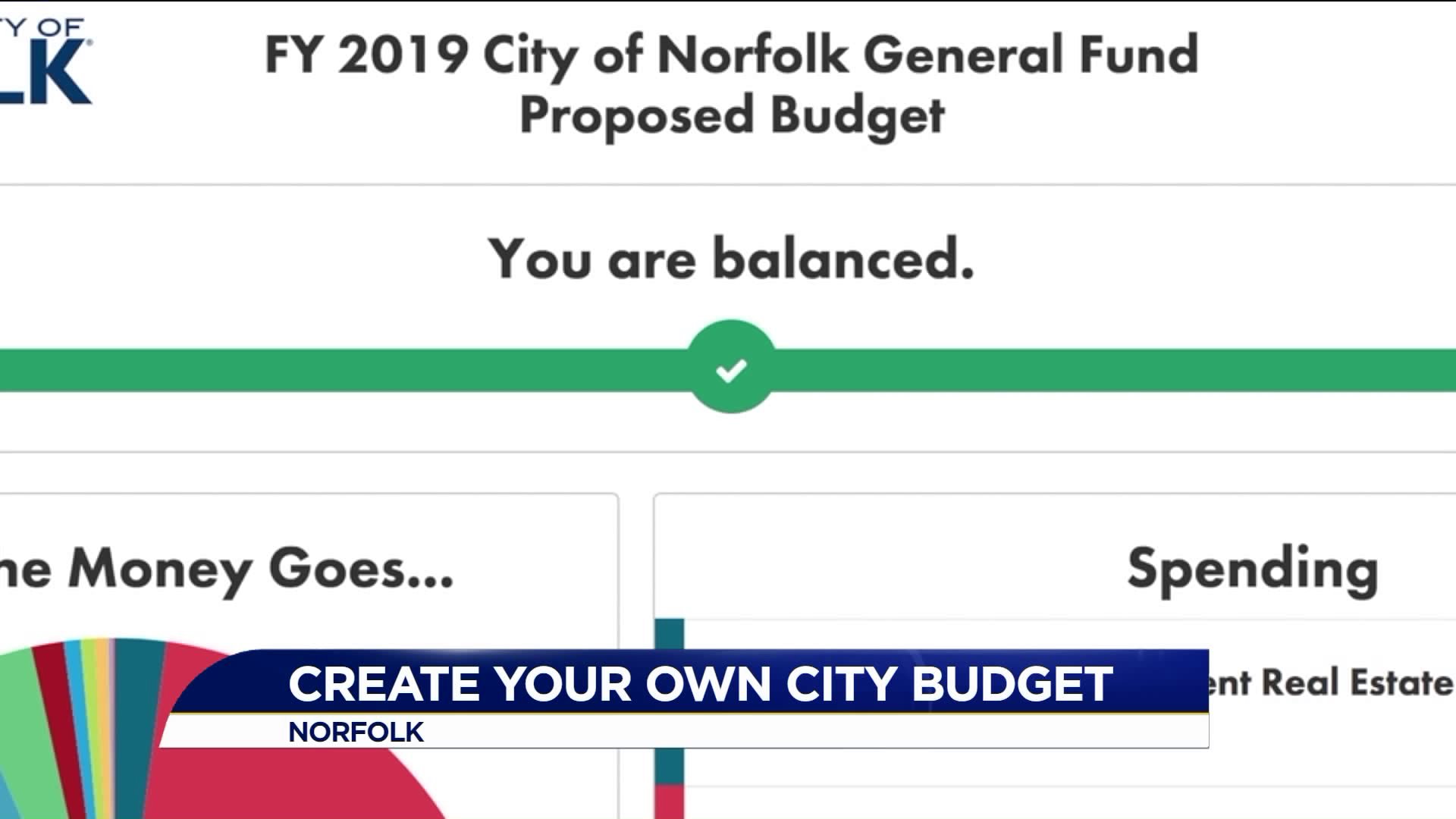 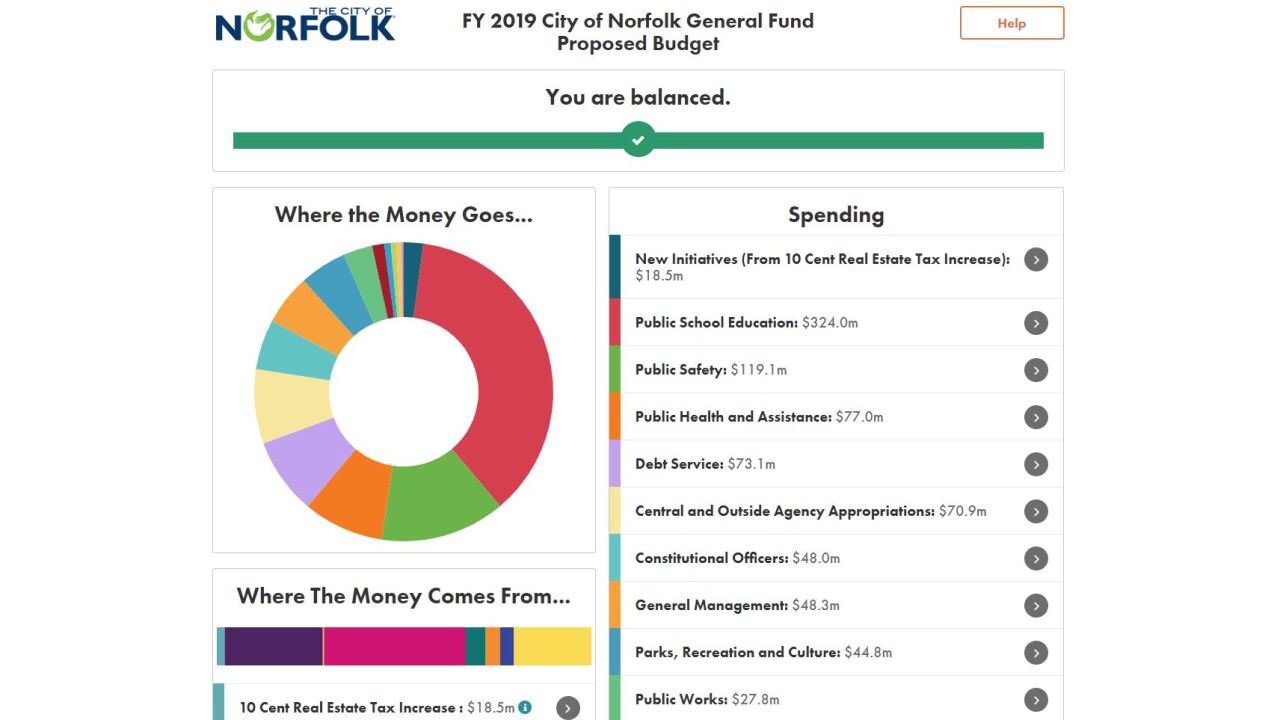 NORFOLK, Va. - If you had nearly $900 million in city revenue to work with, which city services would you fund? How much would you give each service?

Norfolk City Manager Doug Smith introduced his FY 2019 budget proposal to city council last week and, as usual, residents will get their chance to weigh in during public hearings scheduled in April and May, but the city's interactive budget workshop called 'Balancing Act' allows the public to get more hands-on.

Using Balancing Act, residents not only see where their money is going, but also tweak the proposed $881 million general fund budget; taking money from certain services and putting it elsewhere or adjusting tax rates.

This comes as the city is considering a $.10 real estate tax increase to $1.25 per $100 of assessed value to help fund education, avoid cuts to the police department, increase city employee salaries and more.

"This allows any resident in the City of Norfolk who has interest in the budget to express their preferences," said Budget Director Greg Patrick. "You get a good appreciation for just how difficult it is to balance a budget."

When the user-created budget is balanced, it can be submitted to the Norfolk Budget and Strategic Planning office.

"We've really enjoyed it in the Budget office; seeing what people's preferences are," said Patrick, who tells News 3 that Balancing Act was unveiled a few months ago when the city discovered an initial multi-million dollar shortfall.

Patrick says submissions won't have an impact on the proposed budget, but will be viewed by city council and could impact the budget they eventually adopt.

The next public hearing for the budget is April 18.

Click HERE for all pages related to Norfolk's proposed city budget for FY 2019.