“I don’t have any ill will.” Norfolk man pardoned from prison after 21 years

NORFOLK, Va. - For the first time in 21 years, Messiah Johnson embraced his family outside of prison walls on Wednesday morning.

"When they opened up the gate, I think I was just telling myself, I was ready," said Johnson.

Johnson, sentenced to 132 years in prison for a 1997 robbery in Norfolk, is a free man thanks to the partial pardon granted by former Governor Terry McAuliffe in January.  Attorneys with the University of Virginia Innocence Project took on Johnson's case in 2012.  Their findings convinced McAuliffe that there was credible evidence to support claims of Johnson's innocence.

"I am innocent," said Johnson.  "That's the only thing that really matters to me."

While the conviction still stands, Johnson will remain free as long as he follows conditions of his parole for three years.

"What does it benefit you to hold on to any ill will or animosity or hate? I don't really know how you move forward in life with that," said Johnson in an exclusive interview with News 3 about this two decades in prison.  "I think if I would have ever succumb to despair, I don't think I would have got to this point."

Johnson has maintained his innocence in the 1997 robbery of Recas Hair Salon on 35th Street in Norfolk. 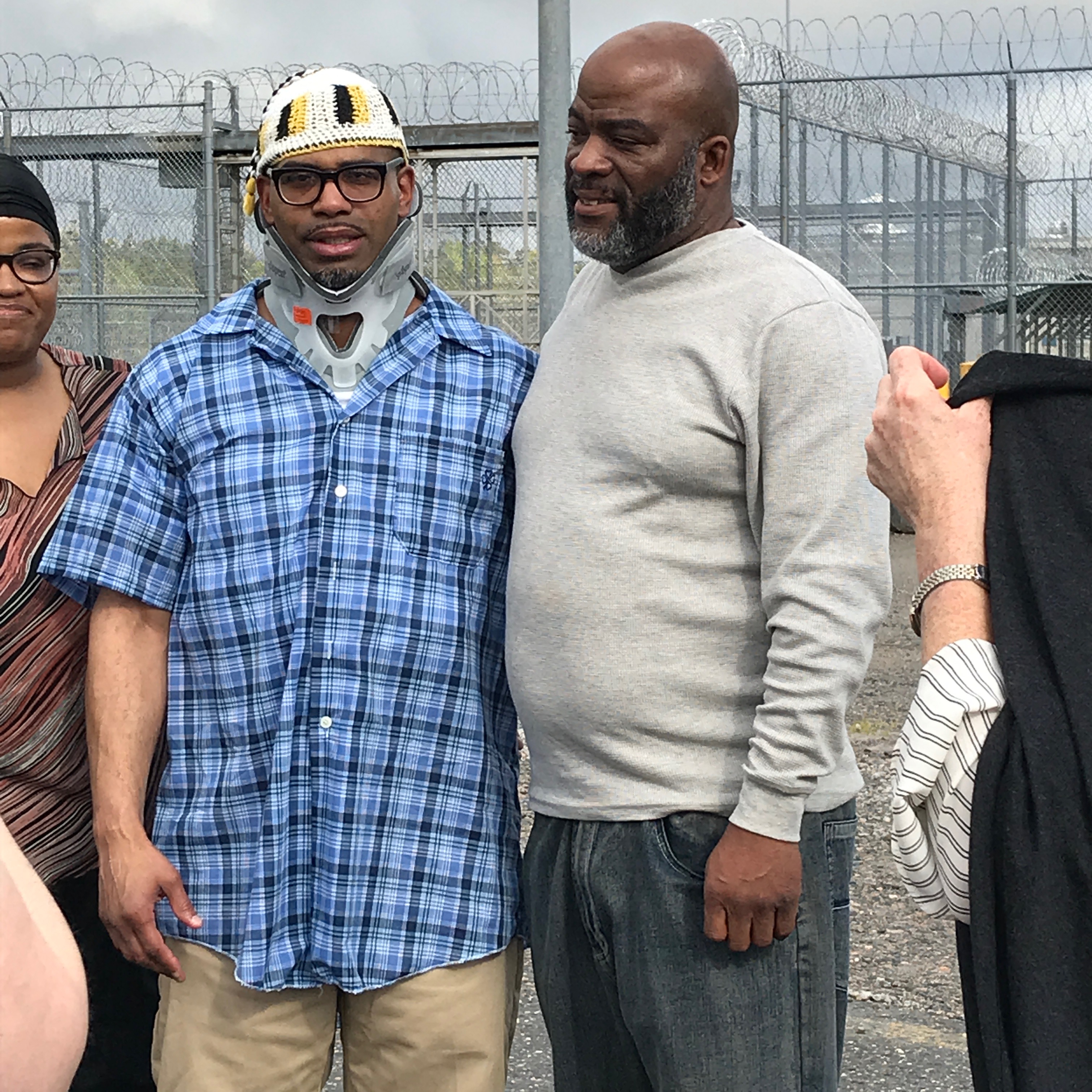 Witnesses said two men with their faces partially covered barged into the salon on a busy night.  One of the robbers had a gun.  They forced the owner, employees and customers to the ground as they stole cash and took off.  No one was killed or injured.

Court documents said police did not take fingerprints or any physical evidence from the crime scene.

Weeks later, the salon's owner spotted Johnson at a restaurant and identified him as one of the robbers.

Despite previous run-ins with the law, Johnson had a well-paying job at the time, and a confirmed alibi for the night of the robbery.

Johnson's first trial ended in a mistrial.  During the second trial, Johnson denied a plea deal that would have given him three years in prison.  The jury sentenced him to several years on each of the 24 charges he was facing, leaving him with a 132-year-long sentence.

UVA Innocence Project attorneys Deirdre Enright and Jennifer Givens started investigating Johnson's case.  Their work led to Robert Humphries, another man already serving time for Norfolk robberies committed in the same manner and around the same time frame as the Recas Hair Salon robbery.  Humphries confessed in a signed affidavit that he was indeed the robber of the salon, not Johnson.

Johnson's attorneys took their evidence and claims of trial errors to court in June of 2017.  However, Judge Fulton, the same judge who presided over Johnson's trial in the 1990s, said he did not have the authority to overturn the conviction.  He referred them to federal court and wished them luck in their efforts.

Johnson's attorneys then asked Governor McAuliffe for a conditional pardon so he could be released from prison while they work on overturning his conviction.

Gov. McAuliffe granted Johnson the pardon on his last day in office.

Johnson will remain out of prison, and is still fighting to clear his name.

“For the family, pure elation,” said brother of Messiah Johnson, who was pardoned by Gov. McAuliffe

Only on 3: Man serving 132 years for robbery speaks out