Soldier, charged with driving on drugs, appears to have been tweeting from stolen military vehicle

Yabut, 29, of Richmond, was charged with driving under the influence of drugs, felony eluding police, and felony unauthorized use of a vehicle.

Police pursued Yabut from Route 460 in Blackstone to Interstate 85 and then north on Interstate 95 to Richmond.

While in the vehicle, it appeared Yabut was posting photos and video to Twitter:

Billy Coleburn, Blackstone mayor and publisher of the Editor Courier Record newspaper, said he heard the Nottoway dispatcher key in on the scanner.

"Just got a call from Fort Pickett, subject has taken an armored personnel carrier without permission and there's concern he may be armed and dangerous," Coleburn recalled hearing.

"The vehicle was not equipped with any weapons, but the Soldier did have his personal weapon with him but had no ammunition," Puryear said.

People traveling on Route 460 didn't know what to make of the situation, as the vehicle headed toward Interstate 85.

"I think it's a scary situation, I didn't know at the time if, what kind of vehicle it was, if it had any weapons on it," said Wendy Gibbs, who was driving on 460 when she said she saw the vehicle weaving back and forth.

Yabut, who has more than 11 years of service, is a first lieutenant assigned as the commander of the Petersburg-based Headquarters Company, 276th Engineer Battalion. He deployed to Afghanistan from 2008 to 2009 with the Illinois National Guard.

"We are extremely grateful that there were no injuries as a result of this incident, and we appreciate the great work of the Virginia State Police, Richmond Police Department and other law enforcement and first responders who safely brought this situation to a close," Maj. Gen. Timothy P. Williams, the Adjutant General of Virginia, said "We have initiated our own internal investigation, and we will determine appropriate actions once the investigation is complete." 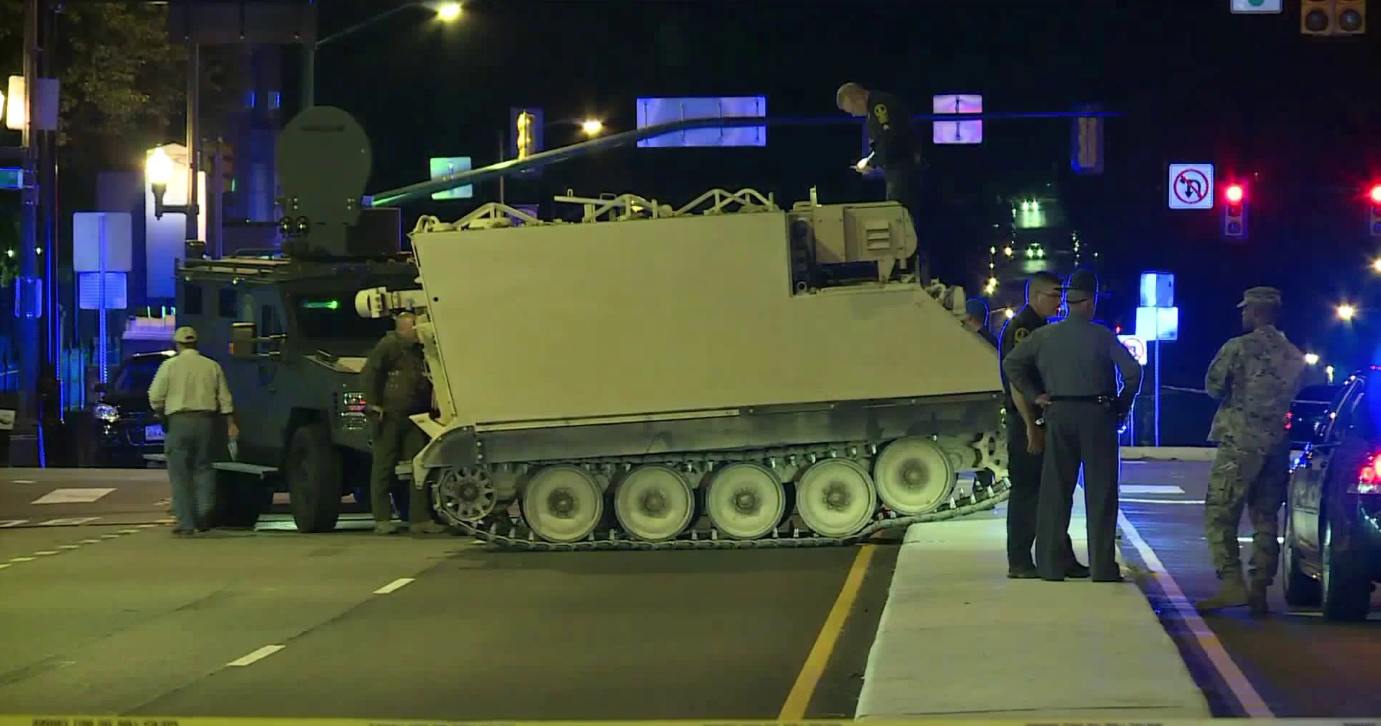 The incident was first reported 7:50 p.m. Tuesday. Yabut was taken into custody in downtown Richmond just before 10 p.m.

He was arraigned Wednesday morning and returns to court July 11.

Yabut worked for NASA's Langley Research Center in Hampton as a civil servant in the Office of the Chief Information Officer, from 2014-17. A LinkedIn profile that appears to be Yabut's said his responsibilities there included "routine and tailored offensive-type cyber security activities."

Court documents show that Yabut lived at an apartment in Jackson Ward on 2nd Street, just north of Broad Street in downtown.  The landlord of the property confirmed Yabut lived in an upstairs apartment for "about a year," but the landlord declined to comment further.

"Big Herm" Baskerville owns a restaurant and catering business that is two doors down from Yabut's apartment.  Baskerville said he did not recognize the 29-year old soldier as a regular customer, but like many, he is pondering the "why" question.

"I'm glad he didn't decide to come home," said Baskerville, who was outside his restaurant when the chase proceeded down Broad Street. " I'm sincerely glad nothing came out of this other than wasting taxpayer money with people chasing him and gas money and stuff. But it's just nuts."

Baskerville said a friend lived in the apartment next to Yabut's, and that his friend was surprised to hear about Yabut's apparent involvement in the stolen armored vehicle and the ensuing chase.

"It's sad, it's sad, I think that mental health these days don't get the attention it needs, in our society, we don't know what peoples back grounds are," Gibbs said.