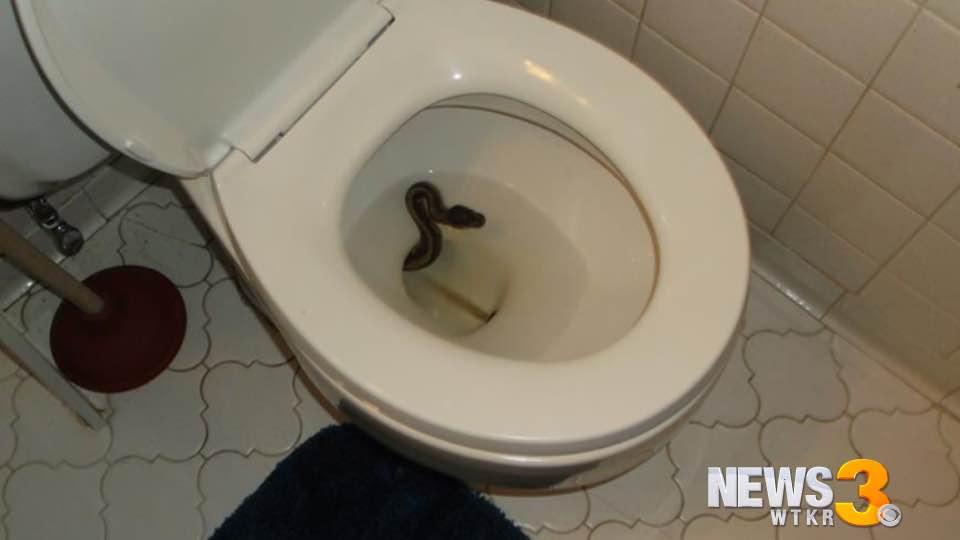 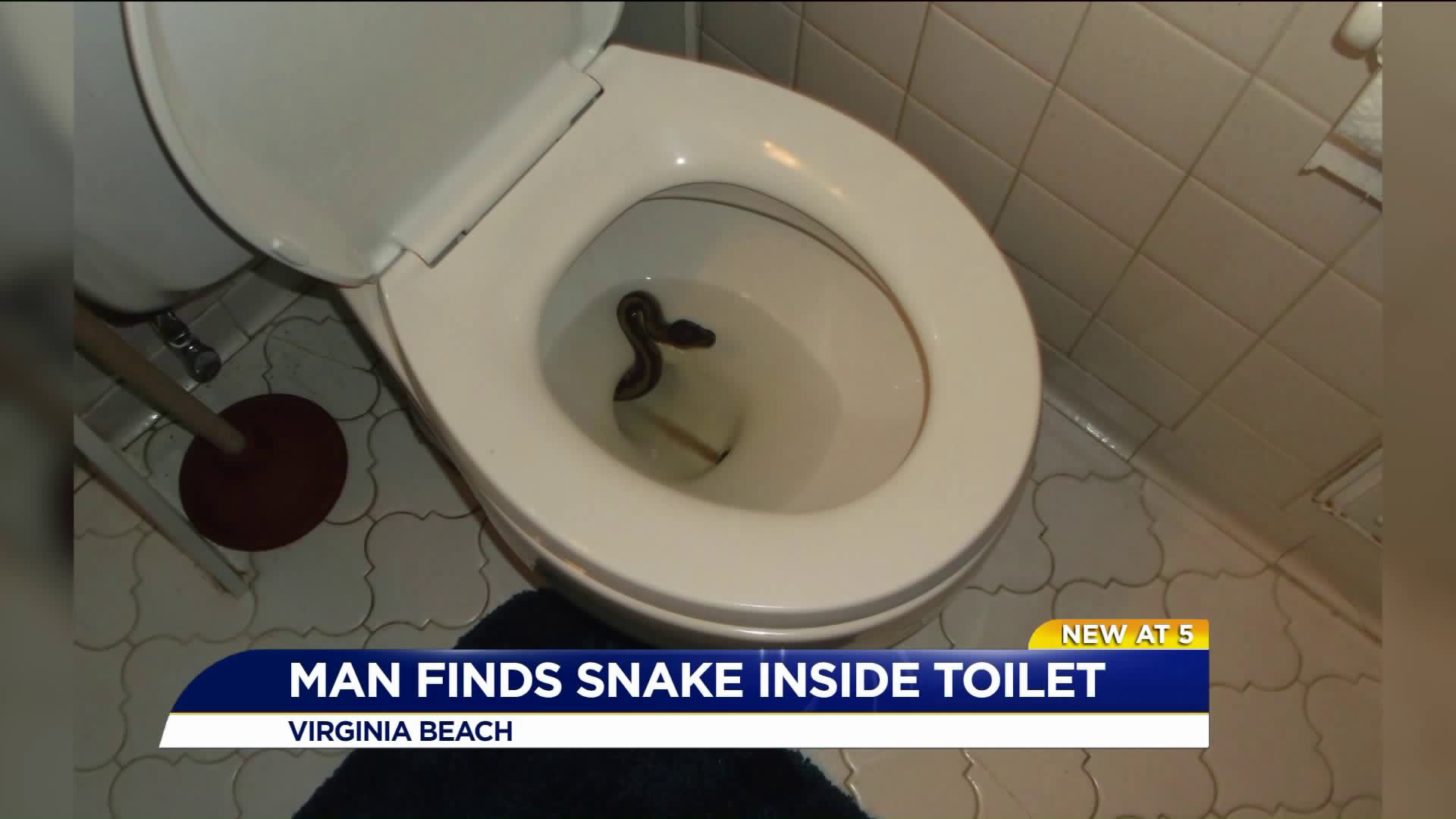 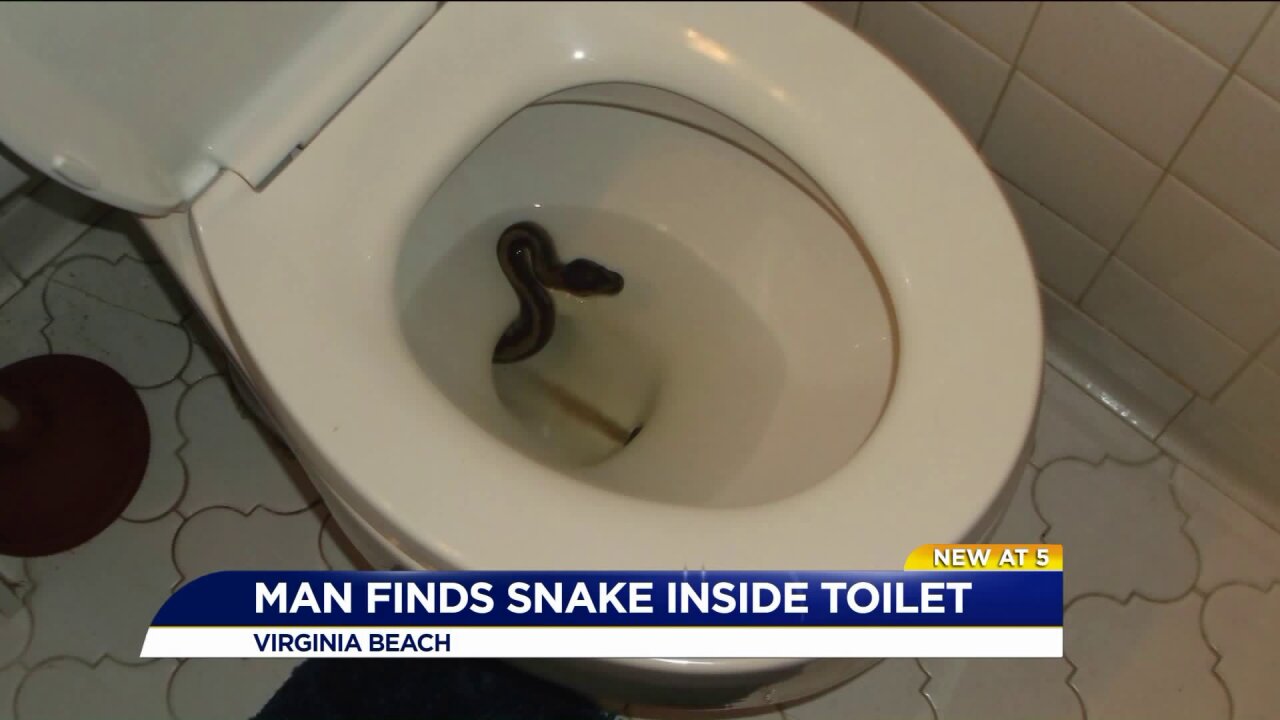 VIRGINIA BEACH, Va. - There are certain things you expect to find in a toilet...A snake is not one of them.

James Hooper thought it was a prank when he looked down the hall and saw a snake sticking its head out of his bathroom toilet Thursday night.

Hooper says he called his roommate, Kenny Spruill, into the house and, not knowing if the snake was venomous or not, they tied a noose to the end of a fishing pole, fished it out and put it into a bucket outside.

"I couldn't believe it. I was all freaked out at the time. I was like, 'this is not normal'," said Spruill.

Next, they called a Virginia Beach Animal Control officer, who thought it was a prank, but came out to check.

"I don't recall ever having a call or hearing of one for a snake that was actually found in the toilet," said Rebecca Franklin, Virginia Beach Animal Control Supervisor. "(It) is one of those things where you think, 'it can't actually happen', but now it has."

The Animal Control officer came and retrieved the snake, Hooper says, but not before taking a few pictures with themselves and the snake first.

Franklin tells News 3 that Hooper and Spruill did everything right in this case, but also says even if they left the snake in the toilet, the Animal Control officer would've gotten it out.

Turns out the snake is a harmless, domesticated ball python, she says, and she believes it followed food into the house before settling in the toilet.

"It's what's called a 'pastel pied', so it has white on its body as well. It's a lighter color," said Franklin. "Nothing that's a wild snake here looks anything like what this snake looks like."

According to Franklin the snake's owners picked it up Friday morning. They told Animal Control it had been missing for two weeks until they saw a Facebook post from Hooper.

Hooper says he's happy the snake is back with its owners. He also says there's a new rule around their house.

"Look down before you sit down."