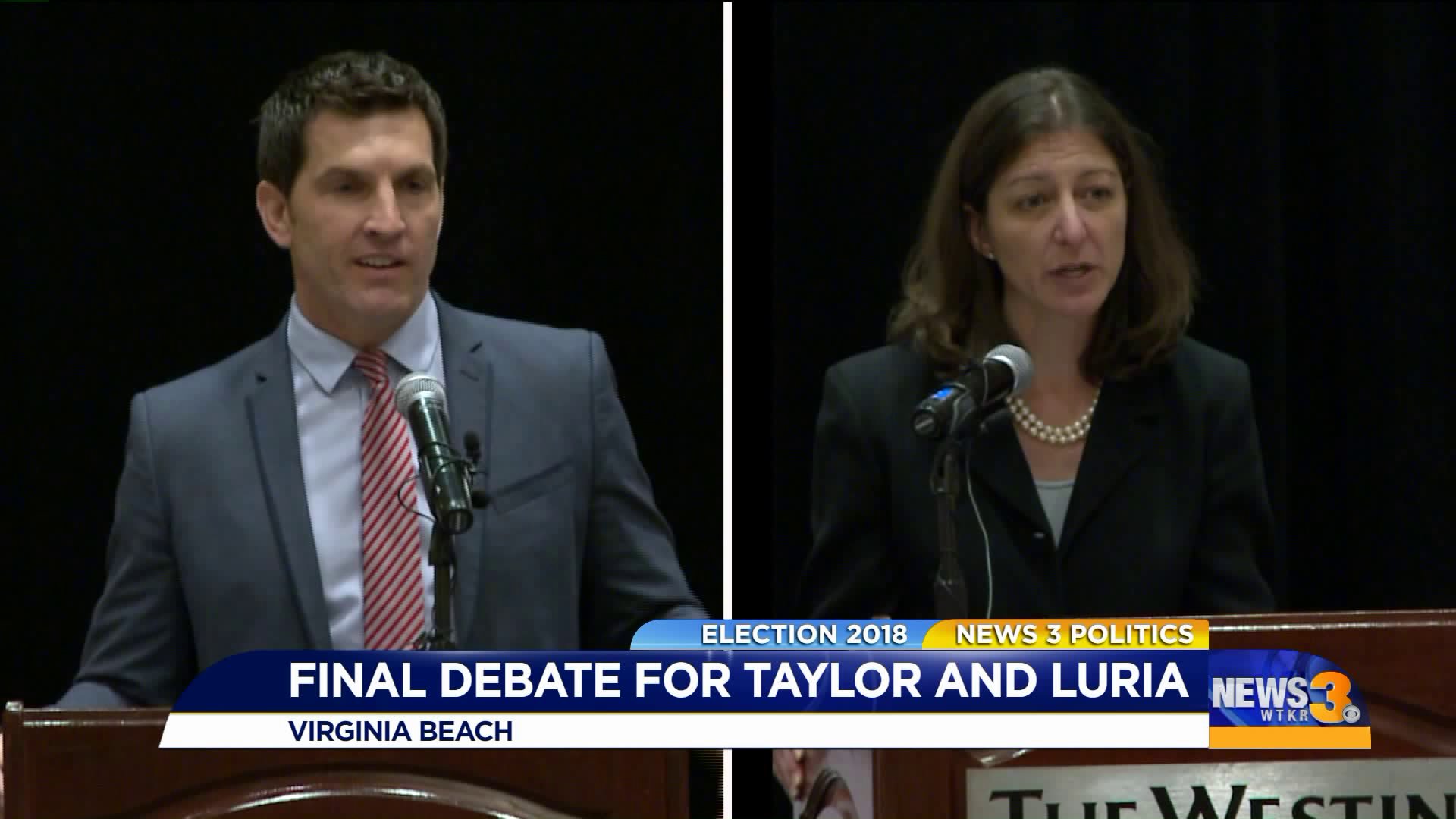 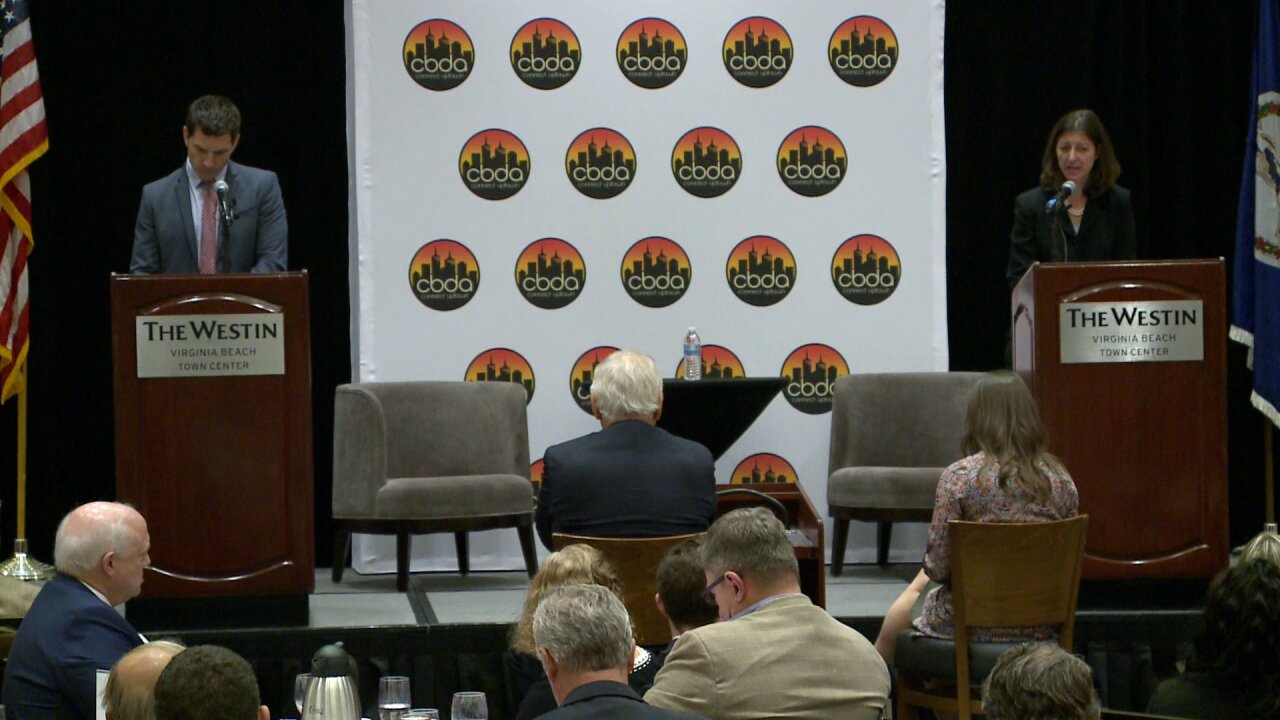 VIRGINIA BEACH, Va. - With exactly one week to go until Election Day, the candidates for Virginia's second congressional seat met head-to-head for their final debate on Tuesday at Town Center.

The debate began with both Republican Congressman Scott Taylor and his Democratic challenger Elaine Luria calling for a calming of the rhetoric following the synagogue shooting in Pittsburgh.

"I think it's this rhetoric that's coming from the top and I think that is unacceptable," Luria said. "I'm not far off," Taylor responded. "I think the rhetoric is dangerous."

While the two mostly agreed there, they pointed out many of their differences during the debate which touched on issues like immigration and President Trump. "I've been a very strong independent voice for my area," Taylor told the crowd of about 400. "He's voted 98% of the time along party lines," Luria responded.

Taylor pointed out that Luria voted for him during the last election as a way to deflect her criticism. "Two years ago when you voted for me in the Republican primary and the general election, you knew very well my position on Obamacare and the ACA," Taylor said.

"It is true that two years ago I did vote for you," Luria responded. "Two years later you've done such a bad job that I'm running against you."

Towards the end of the debate, both candidates tried to avoid getting pinned down on political issues. When asked if she'll support Nancy Pelosi as House Speaker, Luria didn't give a clear answer. "I don't think you can say who you're going to vote for if you don't know who the choices are," she said.

Meanwhile, Taylor wouldn't specifically say if he plans to vote for Corey Stewart in the race for Senate in Virginia. "I'm not going to be voting for Tim Kaine. That's for sure," he said. Following the debate Taylor said he plans to support his party, but still didn't mention Stewart's name.

Now with just a week to go, both candidates are turning their attention to the final stretch. "Six days and a wake-up," Taylor said. "We need everybody's vote on November 6."

"The enthusiasm within the community is really just motivating to go into the last week," Luria said.

The last day to request an absentee ballot by mail in the Commonwealth is Tuesday. For complete details on how to vote absentee, click here.