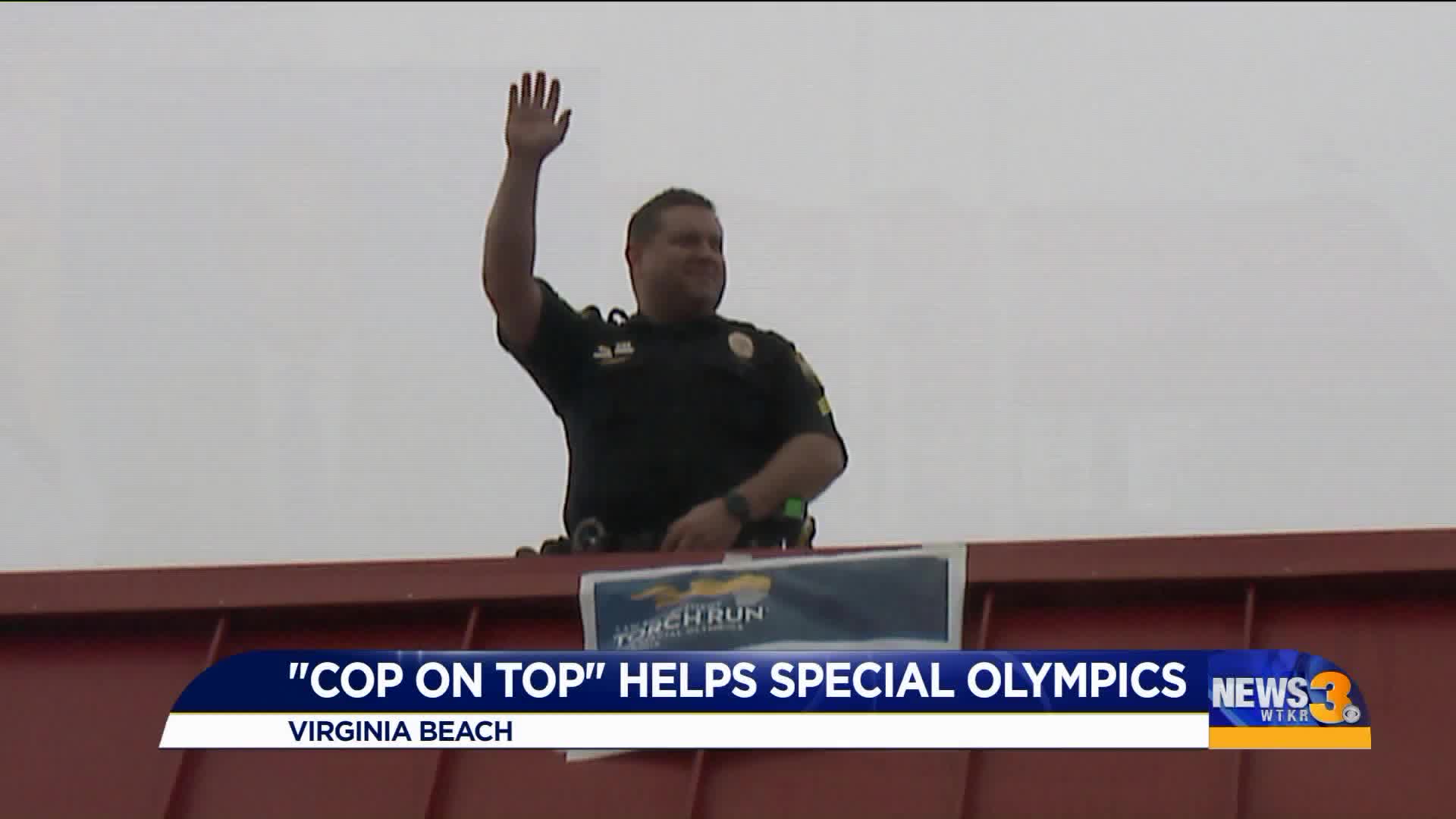 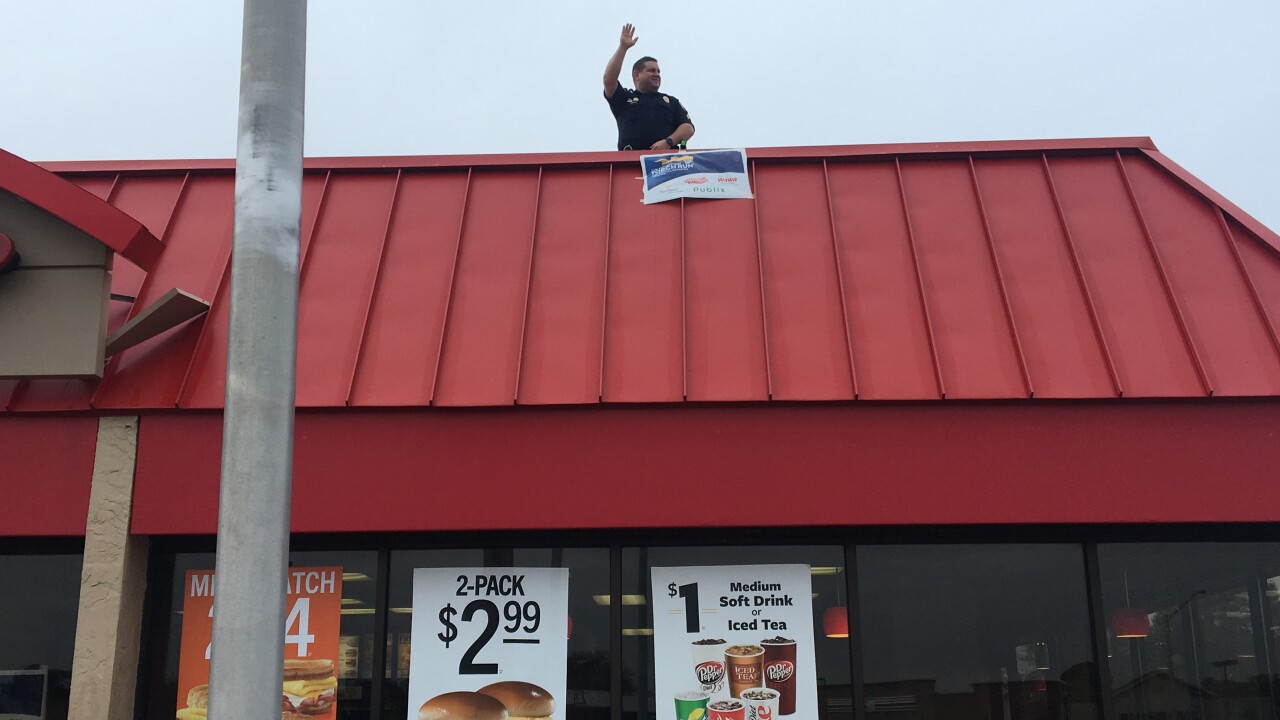 VIRGINIA BEACH, Va. - Local police officers will go pretty far to get people to donate to Special Olympics Virginia...even stand on top of a Virginia Beach Hardee's in the rain.

Inside the restaurant, more police officers, sheriff's deputies and folks from the Department of Corrections Probation and Parole office collected donations.

The fundraiser is called "Cop-on-Top," and it's a new addition to Special Olympics Virginia's annual fall campaign that kicked off state-wide in October. The organization tells News 3 it's put police officers on the roofs of local Krispy Kremes in the past, but this is the first time in a 38-year partnership with Hardee's locations run by Boddie-Noell Enterprises.

Sgt. Bernstein told News 3 (from the roof!) that the cause is near and dear to his heart.

“The athletes involved in Special Olympics are some of the happiest people you’ll ever be around. Always smiling; just genuine, good-hearted kids. You know the Special Olympics is all about including them and making them feel special," he said.

Special Olympics Virginia supports around 23,000 athletes across the Commonwealth.

This year's fundraiser goal is $100,000. If the goal is reached, Special Olympics Virginia says the president of Boddie-Noell Enterprises will jump into frigid Atlantic Ocean waters as part of the annual Polar Plunge in Virginia Beach.