VIRGINIA BEACH, Va. - If you head to a restaurant in Virginia Beach, you might just find freshly caught Virginia shrimp on the menu.

That's thanks to an experimental fishing permit given to two local fishermen.

Deputy Chief of Fisheries Management for the Virginia Marine Resources Commission Patrick Geer said in recent years, they have seen waters along the East Coast starting to warm. That, in combination with a few other factors, has caused an increase in larvae to settle in our area, meaning more shrimp are surviving in our waters.

"So folks have started asking, 'Hey, can we have a commercial fishery for this?'" Geer said.

The answer is yes, but only on a very small scale. The commission has approved two experimental fishing permits for an area off the coast of Virginia Beach.

That area is on Dam Neck Road south on the Virginia/North Carolina border, east three nautical miles to the jurisdictional line.

Each crew must follow the same regulations set by other fisheries along the coast, but there are slight modifications.

In other states, Greer said shrimp trawlers use about a 220-ft. net to catch the shrimp, but the men with the experimental permit are only using a 16-ft. beam trawl equipped with a bycatch reduction device.

"Trawling is illegal in Chesapeake Bay; that's been banned for quite a while now. But there are small areas in the ocean off the Virginia Beach shore [where] trawling is allowed during certain times of the year, if our commission allows [it]," Greer said.

What is caught stays right here in our community. It is sold to local restaurants and wholesalers like Spot's Fish Company.

"When people find we have fresh Virginia shrimp here, they're flocking here to get them, so it's really neat, really special," owner of Spot's Fish Company, Scott MacDonald.

According to the Virginia Marine Resources Commission, about 90 percent of all shrimp consumed in the U.S. is imported from farm-raised facilities.

Locally, the fishing crews record things like total weight and types of species. All the information is gathered by the Virginia Marine Resources Commission for future research.

This shrimping season is over, but the crews with the experimental permit were authorized to be on the water from September 1 to December 31. However, because of the lack of shrimp, they were only active from October to November.

Spot's Fish Company and Steinhilber's Restaurant are a few of the places that sold Virginia shrimp this season. This list is developing.

Anyone is able to catch shrimp in a recreational setting, but they must have a fishing license to do so. 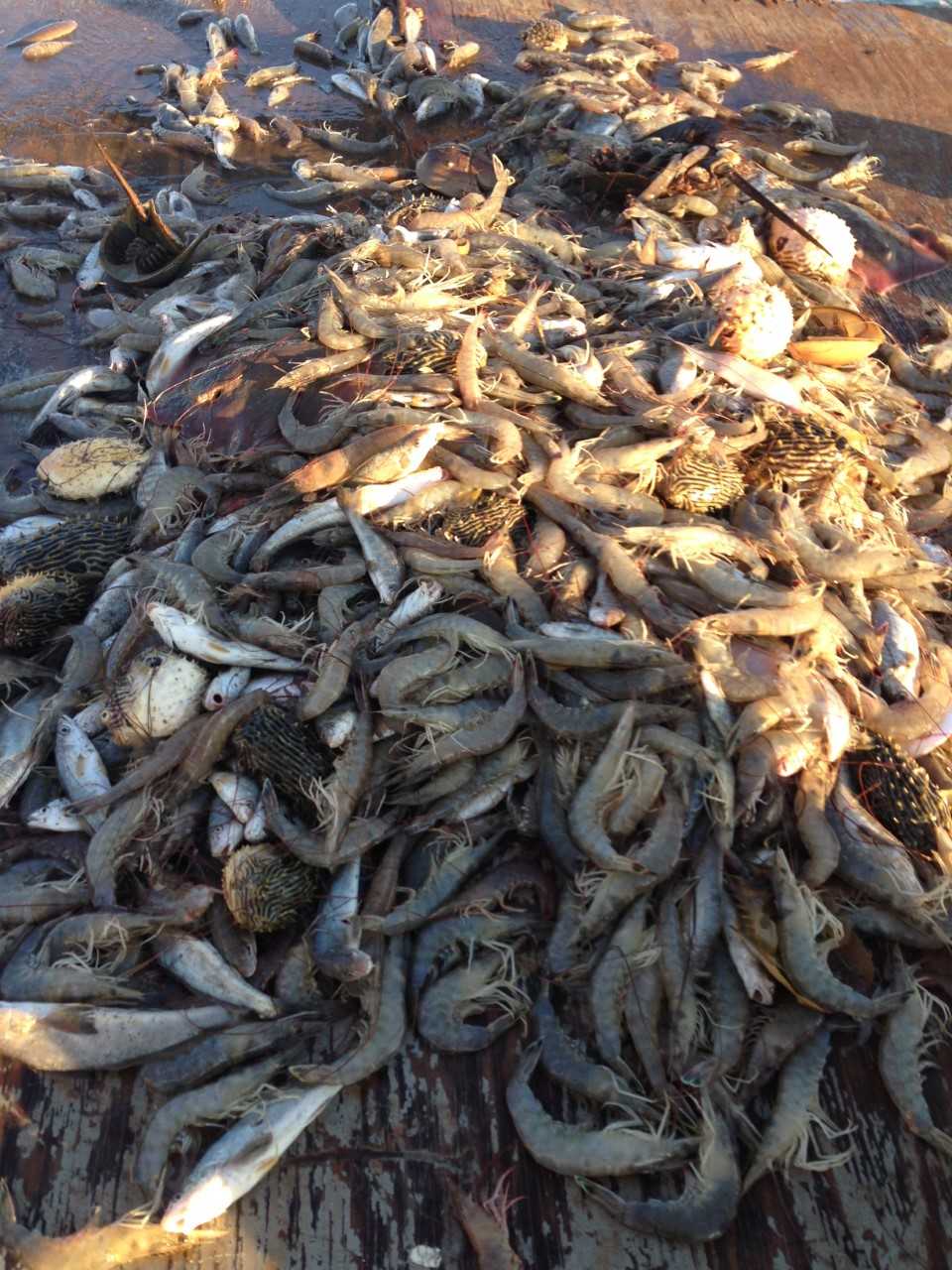