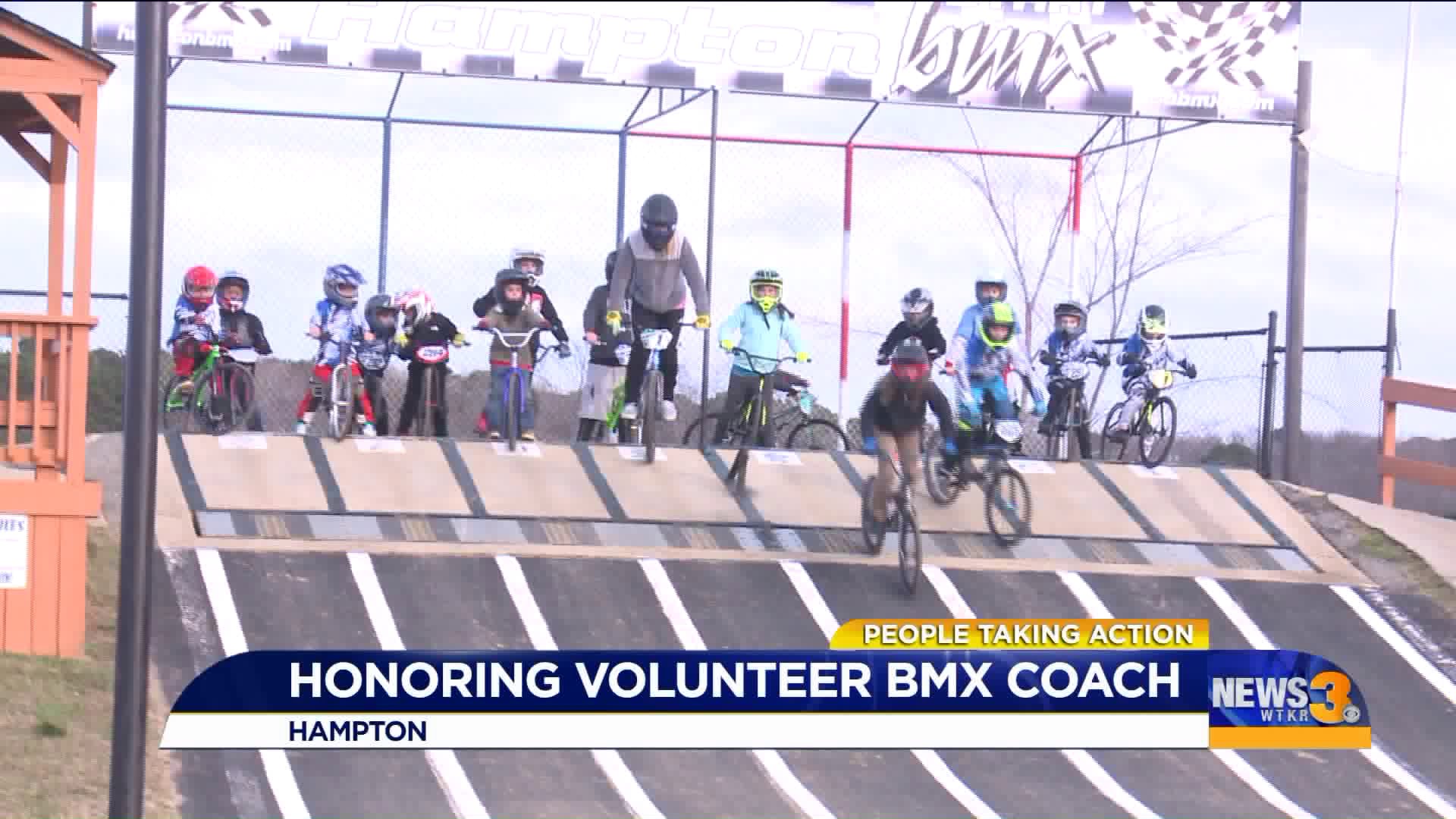 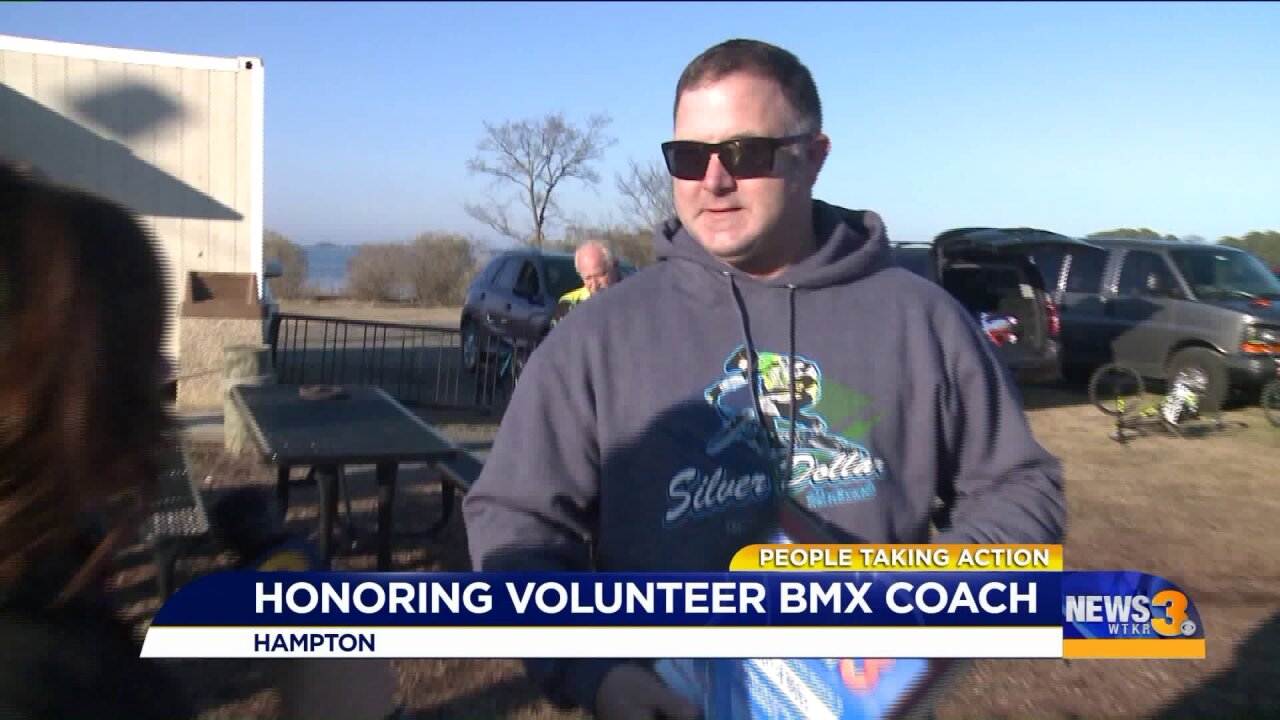 “I was trying to find a stepping stone for them to get into that sport, so I thought BMX; kids love dirt, jumps," he said.

For the past 11 years, the Powells have been going to the Hampton BMX park. Soon after, Bobby started coaching not only his kids, but all the newbies who came to the track.

“Bobby has a great work ethic. He comes out here and teaches these kids BMX skills on his own time," said parent Tom Petrehn.

Three times a week, and that doesn’t include competition. He drives from his Beach home to Hampton - tunnel traffic and all.

“He comes out here and dedicates almost all of his free time -  if not all of it - for free," said Autumn, another parent.

And it's quite clear: These young riders adore him.

“There was a time when he had a sprained foot and he still came down here and set up a lock-in for all of us to do," said Sophia, one of the kids Bobby coaches.

For all Bobby does for the kids, their parents and the community, we presented him with a News 3 People Taking Action Award, along with a $300 gift card from our community partner, Southern Bank.

When asked why he does it, Bobby said it's not only a way to keep kids from sitting in front of a screen all day; it's also something that runs in the family.

"For the kids; to keep them away from video games, and it’s a family sport. My father-in-law races, I race and my children race," Bobby told us. “Going home after seeing the smiles on the kids' faces at the races and practice... it makes it worthwhile."